Advertise with Us
Home Entertainment An Evening with Liberty Silver

An Evening with Liberty Silver 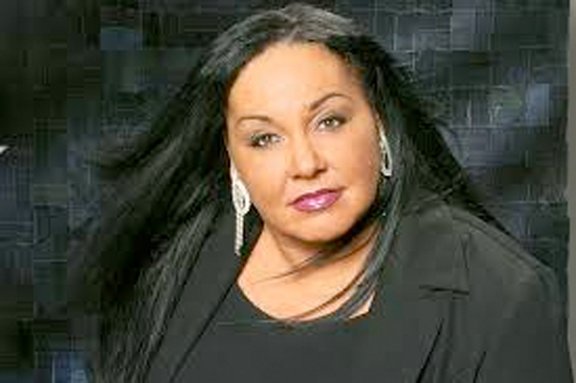 Liberty Silver brings a spectacular package of achievements and a glowing track record on the music scene to what is expected to be a special  evening of song on April 13.
Originally from the US,  she moved north and established herself as one of Canada’s most accomplished performers becoming the first Black woman to receive a Juno Award.
She burst on the scene in 1985 when she snagged two Juno Awards one for Best R&B/Soul Recording of the Year (“Lost Somewhere Inside Your Love”) and the other for Best Reggae/Calypso Recording (“Heaven Must Have Sent You” with Otis Gayle). She has been nominated for a Juno Award a total of five times.
She also made a massive impression when she appearded on the TV music competition  Star Search, winning  several weeks in a row.
Along the way she has performed at Jazz festivals around the world and  in front of many prominent and influential figures such as US President Barack Obama, Bob Marley (Madison Square Garden), Maya Angelou, Archbishop Desmond Tutu, Celine Dion, The Temptations, Oscar Peterson, Natalie Cole, Gladys Knight and former Russian President Mikhail Gorbachev.
She will be here for Evening With The Stars which will also feature musical genres such as R & B, Reggae, Motown and soul with additional music by TLC Sounds.
The show will also feature another award winner Tony Anthony together with Montreal’s Pete Douglas and Anushka Wright.
There will also be  crafts for sale by Afri-Caribe as well as food and a cash bar.
Not to mention that guests can look forward to winning $1000.00 worth of prizes. Doors open at 7pm and Showtime at 8:30pm sharp.
The show is a presentation of B’S Glamour Shotz and Friends. Info: 514 400 2497