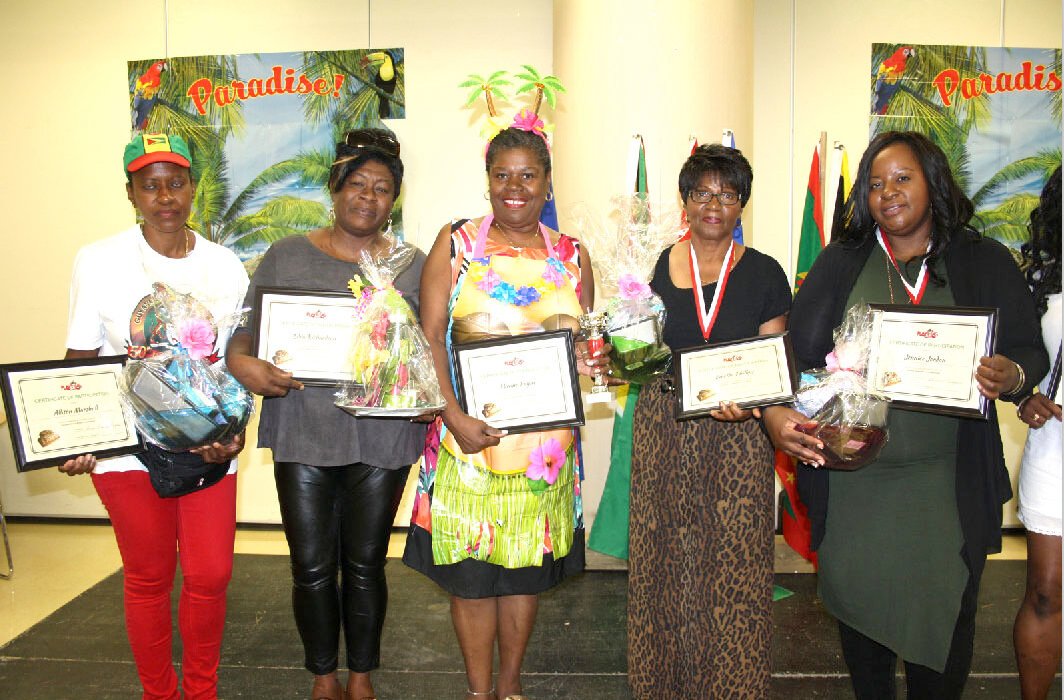 On Sunday, July 24, Ms. Maxine Payne of Barbados was crowned “The Best Coconut Sweet Bread Maker in Montreal’s Caribbean at the first COCONUT SWEET BREAD COMPETITION organized by Playmas Montreal Cultural Association.
Her coconut-bread was judged the nicest tasting and with the best texture, and based on the entries submitted by 14 contestants who originated in Caribbean countries where the baked delight is considered a delicacy.
Second Place went to Ms. Jennice Jordan of Trinidad & Tobago and Ms. Emelda Phillips of Grenada was judged 3rd with Ms. Edda Richardson of St. Vincent & The Grenadines earning 4th Place.
Allison Marshall of Guyana received the People’s Choice Award.
In an effort to make the judging process as fair as possible, no names or country were used. Contestants were judged by numbers only, and the judges based their decision on the coconut sweet bread’s appearance, presentation, originality, composition and ingredients, texture and taste.
Mrs. Ellie Israel, the representative of Cote des Neiges-Snowdon & Outremont brought greetings from Marvin Rotrand of the CDN/NDG Borough.
She commended organizers for bringing the Caribbean countries together in such an enjoyable way and enjoyed samples of coconut sweet bread for the first time.
Egbert Gaye of Montreal Community Contact reminded participants and the audience about the importance of staying true to the foods and customs that colored their lives in their home countries and the importance of sharing it with other Montrealers.
Organizers thanked the contestants who “put tremendous efforts into their presentation, which gave us such a wonderful spectacle and brought us back to our childhood.” Each contestant received a Certificate of Participation.
The event also included an array of foods and desserts and entertainment.  Martin Albino set the mood for the tasting by the judges and the audience with scintillating steel pan music. And the audience was very appreciative of performances by 11-year-old Jenna Noel, and the sensational Fitz-Patrick Sisters took us on a glory ride.
The African Gospel Choir brought the house down with their various renditions of African and traditional gospel songs, and earned a standing ovation and several encores.
Organizers also extended “special thank yous” to the sponsors of this event, SHAH Trading, NUPac and Montreal Community Contact.