All of Montreal celebrate at BTW’s Vision

On February 1, a wide-cross section of Montrealers will be downtown at the OMNI Hotel for a signature event in the city, Black Theatre Workshop’s Vision Celebration.
This time the buzz surrounds the group of honourees that represent the best of our community: author H. Nigel Thomas, who receives the Dr. Martin Luther King Jr. Achievement Award; educator and artist Leon Llewellyn, recipient of the Dr. Clarence Bayne Community Service Award; drag performer Athena Holmes, the Gloria Mitchell Aleong award, and singer/writer Meshana Eyob-Austin, the Victor Phillips Award.
Dr. H. Nigel Thomas, a literary giant, is the author of 11 books and dozens of essays, short stories and poems, is being recognized for his contributions to the development of Black arts and cultural life.
According to BTW’s artistic director Quincy Armorer, he is a community treasure:

” Dr. H. Nigel Thomas has been a long-time supporter of Black Theatre Workshop and has dedicated his life and work to the promotion and elevation of Black voices in literature. We are thrilled to pay tribute to his extraordinary achievements at this year’s Vision Gala.”
Thomas emigrated from St. Vincent and the Grenadines in 1968. A graduate of Concordia University, McGill University, and Université de Montreal, he taught US literature at the University of Laval.
He is also the recipient of the Montreal Association of Business Persons and Professionals’ Jackie Robinson Award for Professional of the Year; the Université de Laval’s Homage aux créateurs, and is featured in Who is Who in Canada and Who is Who in Black Canada.
Dr. Thomas is also the founder of Lectures Logos Readings.
Dr. Clarence Bayne Community Service Award recipient, Leon Llewellyn is described as a community-driven arts educator in his 35 years’ tenure as a high school art teacher.
Llewellyn, who obtained from Concordia University in Montreal, a Bachelor of Fine Arts in 1974 and a Diploma in Art Education in 1975, encouraged students to examine the relationship between art and life experiences.
A dedicated community man, he has been volunteering at the Cote des Neiges Black Community Association as an arts instructor with seniors following his retirement in 2012.
He also worked with teens and seniors on an inter-generational project that explored cultural roots and identity.
In 2018, Llewellyn donated his original photographs, drawings, as well as archival textural material to Concordia University’s Special Collections Archives.
This material provides a unique slice of Montreal Black history between 1969 and the late 1970s and includes his contributions to UHURU, Focus Umoja, Black Theatre Workshop, The Negro Community Center and the Black Community Central Administration of Quebec.
This year’s youth honorees are two class acts.
Dawson College student Méshama Eyob-Austin is a budding writer and emerging singer who has performed extensively over five years at events across the community, including at the St. Raymond’s Block Party.
The former Lakeside Academy honor roll student speaks English, French, Spanish and Amharic, and was the winner of the school’s public speaking competition on several occasions.
She was also the winner of multiple awards and bursaries, including the City of Lachine Bursary and The Perseverance Bursary.
Musician and drag performer Athena Holmes was born into a family of performers and music lovers. He inevitably emerged as a guitarist, vocalist and songwriter. He participated in Season Five of La Voix, the Canadian spinoff of the popular Television show, The Voice.
An avid photographer and videographer, Athena’s work has been featured at the Black International Film Festival in Nashville
Vision Gala gets underway with a cocktail reception, followed by a four-course meal. Festivities will include door prizes, special guest performances, music, dancing and, of course, the awards presentations.
2020 VISION Celebration Gala
Date: Saturday, February 1, 2020
Location: The OMNI Hotel, 1050 rue Sherbrooke O, Montreal
Cocktails at 5:30pm; Dinner at 6:30pm
Regular Price: $135 ($45 tax deductible)
Table of 10 people: $1,250 *Black Theatre Workshop issues tax receipts for a partial amount of your ticket purchase.
Tickets can be purchased online at www.blacktheatreworkshop.ca/vision2020, by calling 514.932.1104, or via cheque: Black Theatre Workshop, #432 – 3680, rue Jeanne-Mance, Montréal, Québec, H2X 2K5 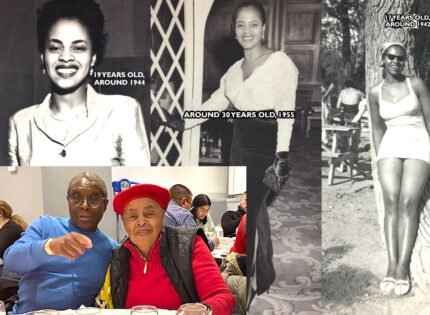