Advertise with Us
Home Opinions About The NCC and The Dream

About The NCC and The Dream 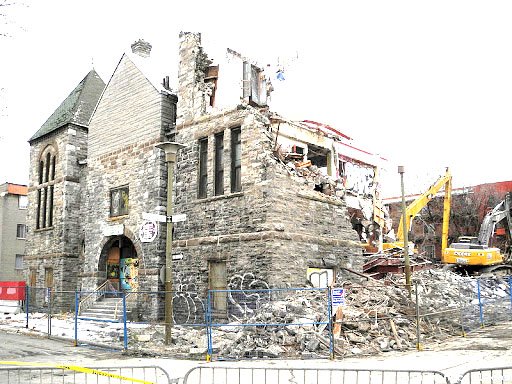 That ship has sailed. But one way to salvage the glory of the storied institution of yesteryear is by working to strengthen our community today….

Next time you’re at the edge of the water, look way into the distance, a little beyond the horizon, the little speck that you see, that’s the Negro Community Centre… a ship that has sailed decades ago.
And it’s only fair that someone should convey that message to the cadre of good, well-intentioned individuals and groups who have banded themselves around something called the NCC-Charles H Este committee with a commitment to bringing it back.
It’s obvious that among this disparate group of professionals, community workers and advocates, the desire to “revive the NCC” is driven by undiluted emotionalism attached to a place that was once a mighty ship carrying the hopes, dreams and aspirations of a burgeoning community.
For decades the Negro Community Centre, housed in a multi-story building at 3502 Coursol Street in Little Burgundy delivered programs and services that ranged from advocacy to self-development to sports, music and recreation.
The place was literally, figuratively and even geographically central to the emerging Black community that grew out of the steady flow of Americans and Nova Scotians who came here to work as porters on the railroads, and West Indians who trickled in as students, domestic workers and professionals as commonwealth citizens.
The building and the organization it housed became a hub for the community, a significant percentage of whose households were at the time located within a half-an-hour radius of the Centre.
And its history is steeped in the romanticism of the many life-stories that unfolded within its walls.
But alas, like so many of our organizations, the NCC became entangled in the turbulent and tempestuous issue of funding and ran aground in 1993.
Efforts to put it back on course remained an enduring notion for the community and continued for decades.
Committee after committee, proposal after proposal reminding governments, corporations, philanthropists, funders of the glory days of the NCC and the desire to capture time and put it in a bottle.
Remarkably on more than one occasion, different committees were offered lifelines to salvage the organization, which with time had become blighted by issues of hate, internal divisions and pulling and tugging.
When in 1994, the Center qualified under the Canada-Quebec infrastructure program to received $2 million based on its capacity to raise one million dollars the expectation of failure was rife, with an organization that was way out of its depths when it came to raising funds. Obviously it flopped.
Then came the $500,000 handed to another committee by the Tremblay administration at City Hall in 2007 and new expectations that the process was in place to restore the NCC.
Wait…
When on the morning of Sunday, April 13, 2014 the western walls of the building crumbled, it laid bare a dilapidated organization that was in the hands of individuals who themselves were stunted by paranoia and anti-community sentiments that were just creepy… for the lack of a better word.
As recognized at the time by Reverend Daryl Gray, former minister at Union United Church and founder of the Imani Family and First Gospel Church, who tried to lend a land to salvage the leaky vessel that was the NCC.
“The problem with the NCC for much of its recent history has been with different board of directors that refuses to accept the fact that they don’t have the resources and capacity to salvage the organization and restore the building.
Those resources are there in abundance in the community but for one reason or the other, the board is afraid to bring the community in,” he told the CONTACT back then.
Inevitably the end came not long after the wall collapsed . And in one last act of vindictiveness, the HNIC and her peeps at the Center chose not to offer the community one last opportunity see if it could have by some miracle, save the NCC.
Instead the remains were handed to financial brokers PriceWaterHouseCoopers Inc. to liquidate the remains.
According to a sworn statement from the trustees, at the time the organization had only about $239,000 in cash in its bank account and a total debt-load of just over $166,000. What happened to the $500,000 from the city, Jah only knows. And apparently the city had better things to do than go after the management for it.
In the end the money disappeared and as if under the spell of a conjurer, the community remained mystified.
Now beckons the future. And it’s demanding that we frame a better tomorrow for our community.
Available evidence shows that Blacks in Quebec remain one of the most marginalized and weak politically and economically.
In spite of the millions of dollars that have passed through the hands of favored organizations towards that end, Black families are in dire need of strengthening as is the basic infrastructure of our community… education, employment, youth protection, and the criminal justice system.
Most importantly we to replenish our debilitated corps of young entrepreneurs, many of whom have been bankrupted by a deficient support network.
The need to incubate, nurture and sustain a generation of young, enterprising and energetic businessmen and women across the spectrum of opportunities is an urgent one
And that’s where we can use the resources and expertise of those erstwhile individuals who are going after the “revival” of the NCC.
Truth be told, the Center has been seminal in the development of our community and the glory of that institution continues to reflect today in the contributions and achievements the many individuals and families that have passed through its hallowed doors.
The NCC has left us with a solid history to build on, but sadly and due mainly to our own deficiencies as a group, we got caught in a struggle that’s focused on location and driven by wayward emotions .