Advertise with Us
Home News Community News Dr. Charmaine Nelson demands that McGill examines historical ties with slavery and do something about it

Dr. Charmaine Nelson demands that McGill examines historical ties with slavery and do something about it 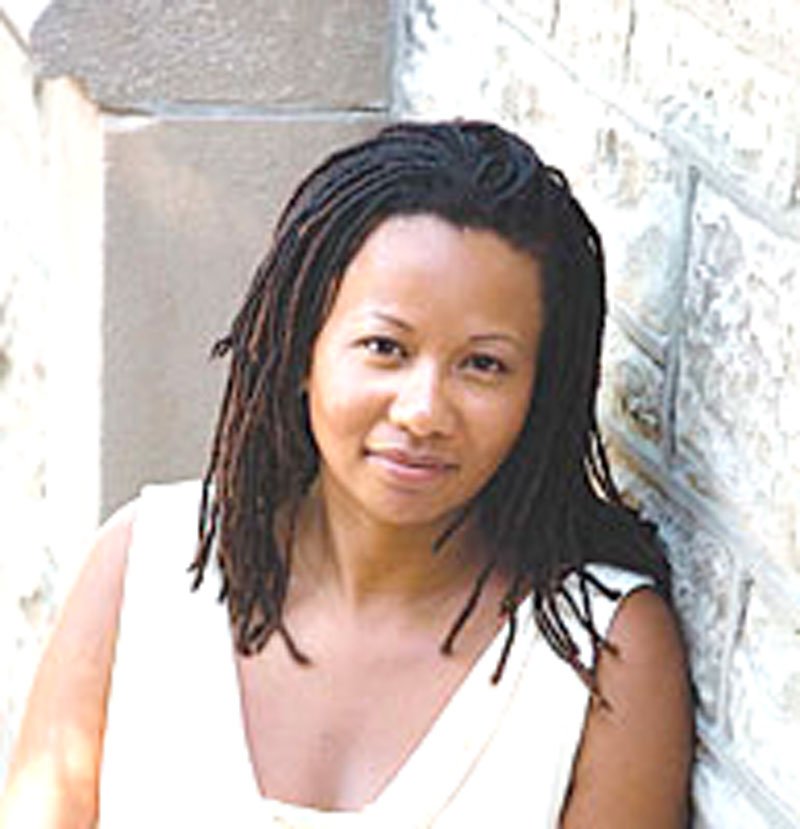 As Charmaine Nelson prepares to take her leave of McGill University on her way to a dream position in Halifax the highly respected professor of Art History has laid out a number of outstanding tasks for both the institution and the city to undertake in order to formally recognize their involvement in the enslavement of Africans and indigenous people and its continuing impact on their descendants.
‘It’s well known that James McGill was a slave owner and I think it’s important that the university which he founded investigate its historical links and connections to Transatlantic Slavery,” she told the CONTACT in an extended telephone conversation. “And the only way it can be done properly, is by putting in place a task-force or a working group to take on the years-long investigations.”
Professor Nelson, whose work ground-breaking contributions to the fields of the Black Canadian studies, visual culture of slavery, and race and representation has made her one of the most respected voices in Canada, points to other universities that have put themselves through the arduous and self-revealing task by investigating their historical links to slavery.
“I can point to several institutions such Princeton, Brown and Harvard in the U.S and Dalhousie and King’s College in Nova Scotia as well as Glasgow University in the UK that have made financial and social investments in the investigations and commitments to redress and repair these histories based upon committee findings and recommendations.”
That’s all she’s demanding of McGill administration as the university approaches its bicentenary celebration in 2021.
“It should have been an opportunity for them to engage in some self evaluation. But it became apparent that McGill’s administration was not going to capitalize upon this important milestone to strike a taskforce or working group to investigate the university’s profound and indisputable historical links to slavery.”
So she took upon herself together with 18 of her students to conduct the preliminary examination of those historical link and document a set of recommendations that will put the university on a course of restoration.
Dr. Nelson says McGill has a lot to make up for and a lot of making up to do.
“Starting with James McGill, who is currently portrayed as a benevolent financier who invested his great wealth in education. But not as well known is the fact that in addition to owning slaves both African and Indigenous People, he was a West Indian Merchant, a traded widely in rum, molasses, sugar and the like. He amassed incredible wealth based on the suffering of other people.
Today we look at the university that he founded and see widespread evidence of institutional racism.”
Dr. Nelson points to the fact that, she is only one of ten Black among the university’s 1,726 tenured or tenure-track professors. Also only 11 of them are Indigenous, adding that this lack of representation within faculty members contributes to a racial climate on campus that undermines Black and Indigenous students and faculty.
And points also to personal experiences. She says although she has made impressive strides in her discipline as the author of seven books and the presenter of over 225 lectures, papers and presentations across Canada, the USA, Mexico, Denmark, Germany, Italy, Norway, Spain, the UK, Central America, and the Caribbean has never been able to earn the respect of her administration and in some instances students.

You can see it in the awarding of research chairs at the university, where white professors with far less accomplishments are recognized.
The 97-page document produced by Dr. Nelson and the 19 students, includes recommendation on faculty, student and a special focus on renaming and commemoration of public spaces around the university.
High among the recommendation is a call for the university to create two new departments. One of African and Black Diaspora Studies and another of Indigenous Studies
According to the document… this would immediately change the racial climate on campus by increasing representation of Black and Indigenous faculty, scholars, and scholarship.
Recommendation also called on the university to commission a public monument to recognize the enslaved people of Canada and the British Caribbean and to finally acknowledge the University’s direct connections to Transatlantic Slavery.
Dr. Nelson acknowledges that while the university did hire two post graduate scholars to conduct research on the slavery, she says it’s far short what’s needed because of the short-term nature of those hirings and the lack of commitment as to what will be done with their findings.
As for the bicentenary recommendations, she says her hope is that they will be implemented by McGill’s administration as well as shed light on the understudied and concealed histories of Canadian Slavery.
“However, this document and our important scholarship should not take the place of the task force which McGill University still needs to strike to complete the years-long investigations of the connections of James McGill and the university which he founded, to Transatlantic Slavery.”
Dr. Nelson was recently appointed a Tier 1 Canada Research Chair in Transatlantic Black Diasporic Art and Community Engagement at NSCAD University in Halifax, Nova Scotia.

Dr. Charmaine Nelson brings a lot of academic heft to new Institute for the Study of Canadian Slavery

It might be fair to say that after almost two decades as an academic trailblazer during which time she established herself as an authority in areas of the Visual Culture of Slavery, Race and Representation and Black Canadian Studies, Dr. Charmaine Nelson is finally getting her due.
She was recently hired as Tier 1 Canada Research Chair (CRC) in Transatlantic Black Diasporic Art and Community Engagement at NSCAD University in Halifax, Nova Scotia.
Dr. Nelson will use the funded, seven-year (renewable) position to develop the Institute for the Study of Canadian Slavery which was stated as the first such research institute in Canada and “only one of a handful in the world that focus on Transatlantic Slavery.”
And she is excited and already looking forward to the prospect of facilitating and supporting research in areas such as slavery in temperate climate; the Canada-Caribbean connection in the Trans Atlantic Slave Trade as well as the connections between Blacks and Indigenous People as slaves.
According to the announcement the institute will allow scholars to work alongside cultural practitioners to unearth and respond to relatively unknown histories and contribute to the growing narrative of contemporary Black culture informed by histories of oppression and resilience.
Dr. Nelson says one of her priorities at the institute will be the development of Black Studies curricula for elementary school and high schools across Canada, which in itself will contribute to an increase awareness of the lasting presence of people of descent in Canada.

The institute will also work towards;
• Building capacity in the digital humanities to collect, preserve and access primary sources about Canadian Slavery and its legacies
• Train and mentor undergraduate and graduate students in the fields of Transatlantic slavery studies, Black diaspora studies, Black Canadian studies and studies of Canadian Slavery and
• Educating the lay public about the existence and nature of Canadian Slavery and its ongoing relevance to contemporary lived experience.
The institute will be located at NSCAD’s historic Fountain Campus in downtown Halifax. The CRC Tier 1 Award is the highest award that a university can receive from the federal government. It’s the first for NSCAD.
Dr. Nelson was born in Toronto to Jamaican parents. She completed both her Bachelor’s and Master’s at Concordia before moving to Manchester, England for her PhD. She has taught extensively on post-colonial and Black feminist scholarship.
She taught for a year at the University of Western Ontario before moving to McGill University in 2004.
She is the author of seven books and in 2007, her thesis was published by the University of Minnesota Press. The Color of Stone: Sculpting the Black Female Subject in Nineteenth-Century America.
Along the way she held several prestigious fellowships and appointments including a Caird Senior Research Fellowship, National Maritime Museum, Greenwich, UK and a Fulbright Visiting Research Chair at the University of California – Santa Barbara . She also served as the William Lyon Mackenzie King Visiting Professor of Canadian Studies at Harvard University.
Her appointment and the Institute for the Study of Canadian Slavery represents a major step forward for Black Studies in Canada. We wish her well.