A light on invisible People 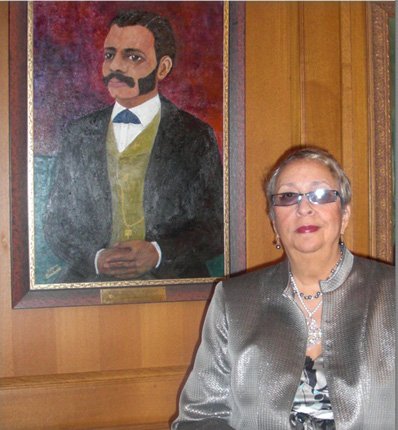 Dr. Dolores Sandoval packages family history and experiences in a month-long exposition of paintings, photographs and a play

According to Dr. Dolores Sandoval the consequences of “invisibility” continues to have a pronounced impact on Blacks, other visible minorities and their communities in Quebec.
“It’s not by chance that we are unable to build wealth,” she says. “The truth is, we have been systematically kept out of decent paying jobs and denied opportunities to make significant inroads in many areas of society. Even among those who were able to find good jobs, many are frustrated by co-workers, bosses and the lack of opportunities to advance.”
“I know it’s especially bad here in Montreal and Quebec, but things are not much better in other major cities and provinces across Canada. There’s this prevailing attitude that Canada is so kind to its minorities.”
Montreal-born Dr. Sandoval moved to the U.S. with her family as a child and spent much of her life there establishing herself as an academic, social and political activist and artist.
She moved back here in 1999 after an extended tenure in academia in the U.S. that included serving as a professor emerita at the University of Vermont, where she taught in areas of education, race and culture and the arts, as well as African, Middle Eastern and Latin American studies. Also, she served as assistant to the president for Human Resources at the university.
She says as bad as things are in the U.S. for Blacks and other minorities there is accountability and instances when people can use the judicial system to challenge race-based injustices.
“In Canada, we’re thirty to forty years behind the U.S. because here the different levels of government will not even acknowledge that there is a problem.”
And she added that minorities are lulled into a sense of complacency because unlike in the U.S. where Blacks have nowhere else to go, in Canada most disaffected individuals and groups come from other places and are able to find support in those places.
Dr. Sandoval earned her Ph.D. from Indiana University, with post-doctoral work at Harvard University, and studied art at the University of Michigan and the Chicago Art Institute.
For much of the 1980s she was deeply involved in U.S. politics, emerging as a   candidate for the House of Representatives for the Vermont Democrats, also as a delegate at the Democratic National Convention in 1988.
She returned to Montreal in 1999 and launched the Dacosta-Angelique Institute, a Black think tank with a mission to establish a migrant museum, an objective fueled by insights gained during her extensive travel to well over 30 countries in the Middle East, Africa and Europe.
Dr. Sandoval says the roots of her activism runs deep in our community with parents and grandparents who played vital roles in the establishment of foundation institutions such as the Union United Church, the Colored Women’s Club, and the Negro Community Centre.
Over the years, Dr. Sandoval has packaged the wide-ranging experiences of family and those garnered over her lifetime in a collection of photographs, paintings and a play entitled Coloured Pictures in Family Frames.
From June 5 to July 5, they will be part of a month-long program: The World of Colours of Dolores Sandoval hosted by the Espace Mushagalusa Gallery in downtown Montreal, under a unifying theme that speaks to the historic, educational and social invisibility of people of African descent.
Two performances of the play will be staged on June 13 (in English at 7 p.m.) and June14 (in French at 4 p.m.).
Espace Mushagalusa Gallery is located at 533 Ontario St. Est, 514-303-1112 or 514-649-3898 www.mushagalusa.com
Info:dacosta_angelique_institute@sympatico.ca