Advertise with Us
Home Opinions You might be paying more 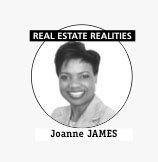 report in the Financial Post, the CANADIAN MORTGAGE HOUSING CORPORATION  is planning to triple the fee it charges some financial institutions to guarantee loans in the Mortgage-backed securities market. This move could end up costing consumers more. This seems to be the government’s stated goal of reducing its role in the mortgage insurance market.
Again, as we can see, the government attempts to relinquish their duty by placing it on consumers’ shoulders. This as an indirect gesture on the government’s part, to pass their responsibility to the consumers, as a way of sucking more taxes out of us. Indeed, this will evidently make it harder for first time homebuyers.
The Financial Post states, “that this seems to be the government’s stated goal to reduce its role in the mortgage insurance market which just might have the added effect of slowing down the housing market.”
The Bank of Canada stated last week that, “the housing market is overvalued to the drum beat of 30%.” Rob McLister, founder of www.ratespy.com, stated that “he somewhat believes that the changes will end up costing new homebuyers approximately $600 on a first-time buyers’ mortgage of $250,000.”
Rob McLister continued that, “this is going to increase mortgage rates for consumers, a direct cost to the issuers of the mortgage-backed securities… This can cost as much as 10 basis points on a five-year closed mortgage. It would not stop people from buying houses, but it is money coming out of people’s pocket.” (Financial Post, Dec. 12, 2014).
For some of us wondering what CMHC is, they are the ones who operate the mortgage-backed securities market under the National Housing Act. They insure mortgages for first-time buyers or individuals wanting to purchase a home but whose down payment is less than 20%.
The crown corporation told issuers this month it will dramatically raise those rates on mortgages with maturity in the five-year range, the fee will jump from the current .20% of the value of the mortgage to .60% for annual guarantees that exceed $6 billion from a financial institution.
These changes come into effect April 1. We are told that, “these changes are being made in support of the government’s efforts to enhance the Canadian housing finance framework by encouraging the development of alternative funding options in the private market.”
Whichever way this turns out, my advice to consumers who are planning on buying a home in the next year, or those who are procrastinating, as to whether they should purchase a home or not, should embrace the opportunity now before these changes take effect. We must remember that the government always implements rules for their own benefit and not ours…
It is said that wise men embrace knowledge, but fools abhor it. The Real Estate Market here in Quebec is still a buyers’ market; therefore, buyers embrace the opportunity of the buyers’ market and low interest rates while it is still available.
I am your realtor at (514) 947-8240.

God is still speaking …Are we listening?

God is still speaking …Are we listening?