Advertise with Us
Home News Community News Winston Sutton: A community-minded giant of the stage

Winston Sutton: A community-minded giant of the stage 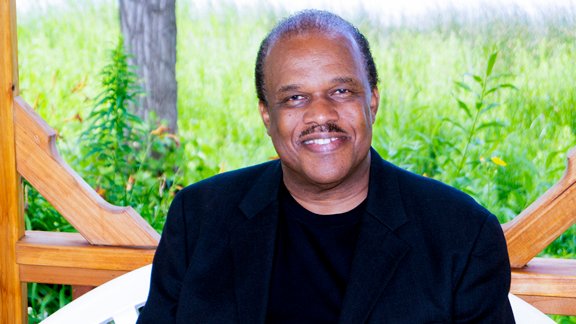 When he decided he was going to seek out a career in theatre, Winston Sutton was a guided by a little piece of advice from his brother: “Be as qualified as you can be in the field.”
He did exactly that, honing his skills at the National Theatre School of Canada in the mid 1970s then at the famed Stratford Shakespearean Festival, before receiving a Master of Fine Arts degree in Directing at Boston University.
In doing so, he earned acclaimed on the stage and film as an actor, instructor and director in theatre productions across Canada.
Over the past 40-something years, Sutton’s portrayals on stage ran the gamut of characters in an extended list of productions including: Scrawdyke in Hail Scrawdyke (1981) in Toronto; the Prince of Morocco in The Merchant of Venice (1983) and Steve Daniels in A Lesson from Aloes (1984) in Regina; Crooks in Of Mice and Men (1984) and Tartuffe in the play by the same name (1984) in Thunder Bay, and Linc in Mattie & Rose (1985) in Saskatoon.
He was also a regular in the BTW productions of the 1970s and 80s with leading roles in The River Niger, Statements, Home, Rum and Coca Cola, The Shelter, Nevis Mountain Dew, Coming Home To Roost, Pantomime and Playboy Of The West Indies, a co-production with Centaur Theatre.
And he appeared in several well-received local films, such as the award-nominated Here Comes the Groom, written by the late community icon Leon St. Martin for CBC’s “Inside Stories,” The Hitch Hiker (Elite Productions), and Fields of Endless Day (O.E.C.A. Productions) and did voice-over work on The Anancy Story with The National Film Board.
By the mid 80s his body of work in theatre was enough to earn him a Dean’s scholarship to Boston U, where he entered the program in 1985 and graduated with the prestigious Esther B. Khan Award, given to the top ten graduating students in the Fine Arts Department in 1988.

Today, he’s in the midst of a fulfilling career as a performing arts professor at Dawson College where he has been earning the respect and commendation of generations of students of professional theatre in Montreal.

This year, Sutton is the recipient of the Black Theatre Workshop’s Dr. Martin Luther King Jr. Achievement Award for his contributions and accomplishments in the field, which also comes as a fitting tribute for the yeoman service he provided to that organization.
The award will be presented at the annual Visions Celebration on January 28.
The recognition is particularly meaningful to Sutton because of the high esteem in which he holds the BTW and their efforts in promoting theatre, particularly Black theatre in Canada.
“It’s very encouraging to see the Workshop continue to rediscover itself in its mission because it will lead to a greater appreciation of theatre by our community.”
Sutton says the lingering disconnect between our community and the theatre stems from the fact that “Blacks just don’t have a history of theatre and it has been difficult finding the right plays to connect with the broadest base of our community.”
“Much of what we have had in the past has been plays from the West Indies or from the United States, which attracted only small cross-sections of our community,” he says. “The Canadian voice has been silent, for the most part, and a lot of younger Canadians couldn’t relate.”
But that’s changing, he says, as a lot of young Black Canadian writers are now writing and telling stories that might provoke interest among a generation of theatregoers in our community.
For his part, during his tenure as the artistic director of the BTW in the early 1990s, Sutton devoted himself to trying to connect the theatre and the community.
“It was a strategic choice for me to foster that connection, hoping that we would be able to build a base in the community and wouldn’t have to go outside for actors. Also, hoping that we would have been able to build an audience base.”
Towards those ends, he facilitated productions such as Here Comes The Groom, also The Dragon Can’t Dance and The Master Of Carnival using casts of non-professional community-based actors.
Although the community outreach initiative proved to be a little more difficult than expected, Sutton still values the lessons learned and says he is indebted to BTW and Black theatre professionals such as Bert Henry and Victor Phillips for providing the inspiration and mentorship that helped to elevate his career.
Henry is a Montreal theatre and a driving force behind the establishment professional theatre program at Dawson College and Phillips was one of the earliest proponents of Black theatre in Montreal, whose Negro Theatre Arts Guild was organizing plays here in the 1930s
“Those two men have had a profound impact on my career, much of which came just from speaking with them and learning from their works.”
As an ode to his reverence for Phillips, during his tenure as artistic director between 1988 and 1993, Sutton instituted the Victor Phillips Award to recognize a young artist for excellence in the arts.
As recipient of the Dr. Martin Luther King Jr. Achievement Award, Sutton joins an illustrious group of Canadians who have also been recognized for their accomplishments and contributions to the arts, such as Oscar Peterson, Jackie Richardson, Dany Laferrière, Bertrand A. Henry, Terry Donald, Gregory Charles, Austin Clarke, Dr. George Elliot Clarke, Ranee Lee, Dr. Daisy Peterson-Sweeney and Dr. Oliver Jones.
The annual Vision Celebration Gala will be held on January 28 at the EVO Hotel, 420 Sherbrooke Street West. Call: 514.932.1104.