A life of artistic adventures and community involvement 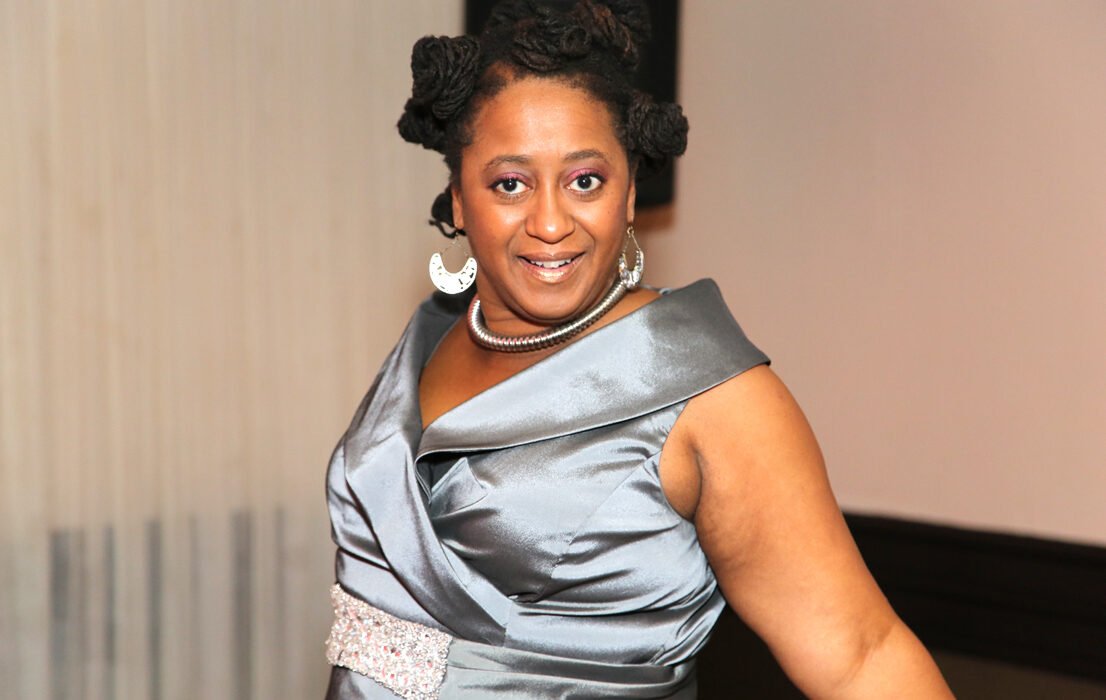 Pat Dillon-Moore drew from a childhood steeped in music, performance and community activities to mold a personality that speaks to the complexity and excitement of the Caribbean-Canadian experience in Quebec.
Over the years, she hardly ever missed an opportunity to give voice to that experience, beginning with her starring role in a ground-breaking Canadian film, her administrative duties at Black Theatre Workshop, then as manager at CKUT 90.3 FM radio station followed by extended stint at the National Film Board of Canada.
Whether in the performing arts or as a community advocate hers has become one of the more recognized voices in the city.
In 1986, after excelling in the drama program at West Hill High School, Pat was chosen for the leading role in Sitting in Limbo, described as a “feature drama is the bittersweet love story of Pat and Fabian, two teenagers with roots in the Caribbean living in Montreal…” which earned acclaim across Canada and the U.S.
The exposure that accompanied the film provided her with widespread access to media and journalists nationwide and helped lay the groundwork for her emerging career as a publicist.
It also earned her an audition with The Cosby Show, which although unsuccessful provided an inspirational boost, to carve out a place for herself on the vast landscape of the performing arts.
She became a regular member of BTW’s school tour cast, learning extensively from several highly respected directors and artistic mentors.
“Those school tour performances were also amazing experiences because I was in an environment that helped to nurture my growth as an artist and spoken word performer.”
She says she also benefited immensely from her administrative duties there and the wave of confidence came with it.
“At an early age, I was given a free hand by BTW to organize and coordinate the Vision Celebrations, handling all aspects of it, which was an amazing boost to my confidence and helped in all my (endeavors) that followed.”
It led to her taking on the position of station manager at CKUT, and helping to instill it as a voice in the Black and Caribbean community.
In 1996 she moved to the NFB to serve as a publicist, a position that puts her on the front lines of what’s going on in the movie industry and allows her to rub shoulders with many of its elites.
All of which she says help to enhance her service to the community, something she has been doing since the early 1980s when she was one of the youngest board members of the Black Community Council Of Quebec (BCCQ) and on the parish council of Trinity Memorial Church.
“It all leads right back to community,” she says, speaking of the range of involvements that have colored her professional and artistic explorations so far.
“Whatever I gather out there, I try to bring it home to help strengthen groups or to inspire other performers and workers in the community.”
On January 28, Pat will receive the Dr. Clarence Bayne Community Service Award from BTW at Visions Celebrations for her involvement and contributions.
She says it’s a meaningful gesture that she appreciates; coming from an organization that helped nurtured her performing arts explorations and professional development.
Looking down the road, Dillon who still host a Sunday evening program at CKUT (Bhum Bhum Tyme), with her husband Wayne (Angel) and daughter DJ Storme, says she is heartened to see artists in our community continuing to create music, spoken word and other artistic explorations.
With the accessibility of technology, she says, they have opportunities to be heard and seen by audiences around the world.
“It’s a far cry from the 1970s when artistes from the community were waiting for someone from the U.S. to come and discover them. Today they can do it on their own.”
As for her aspirations as an artist, those are not too clear these days, but she knows that it will involve helping others establish a foothold on Quebec’s cultural landscape.