WELCOME TO THE DONNY SHOW 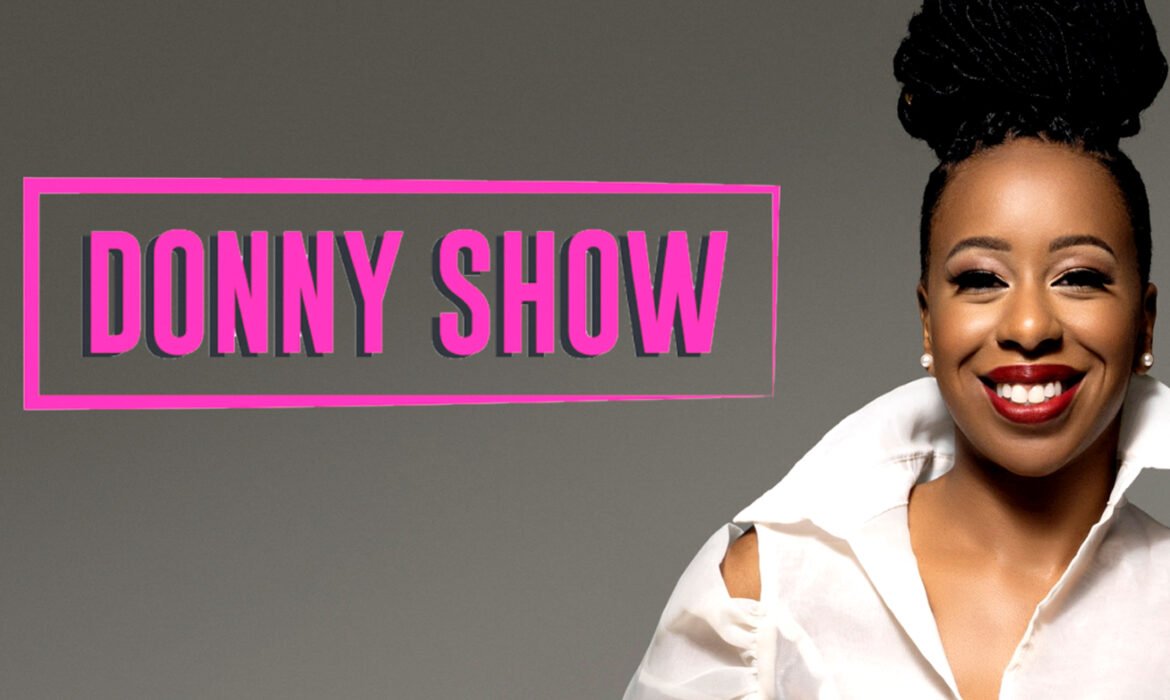 “If we support each other… we succeed”

In 2019, long before public events and large gatherings faced the threat of contagion, Donny Simon was hard at work on the set of her talk show riffing on societal issues and pop culture before a live studio audience. She sat down with the CONTACT, virtually, of course, to discuss her show and the upcoming 6th season.
Growing up in St. Michel, Simon always had a clear indication that she wanted to do something that gave a voice to many cultural happenings.
“I loved shows. I would watch the likes of, Forgive and Forget, Oprah and Ricki Lake and it was the first time I would hear about people and their lives which were so different from me. I would tell my cousins I am going to be like them,” she said.

And even though she found herself working in wealth management after studying Management Sciences at the University of Quebec at Montreal (UQAM), she didn’t relent on the dream.

“I started MCeeing at different events and also doing event organizing on the side and then people started noticing me.”

Word of mouth quickly spread about her prowess as a communicator, and she fast became one of Montreal’s most coveted hosts. 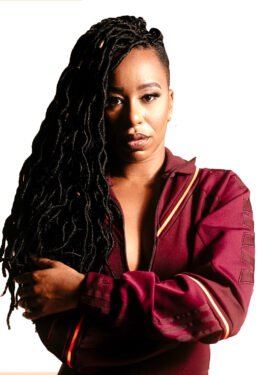 Over the years, she has worked closely with the Wyland Brothers, a large firm in the event industry, and has hosted and organized more than 40 events.
But still, Simon wanted more.

“I called a friend to be the DJ at my office’s Christmas party and my colleagues told me since it’s your DJ, Donnie, why don’t you host with him. It was such a success that the DJ decided to make me the host of all the weddings he had during the summer,” Simon explains.

“And people began to notice me. Then I started a podcast with a friend which then evolved into a web series and later I was approached by one of the top media companies in Canada to promote and produce the show on TV.”

The vision in Donny’s mind has always been clear. And the moment she started feeling censored by the organization she walked away.

“You know when it comes to Black people on TV. They often want to change your script, and it gets frustrating” she adds. “I decided that I can’t do it. So I walked and I created the Donny Show. That was six years ago and here we are today.”

She chose to do it her way and wanted to stay true to herself, to her interests, and not bending to corporate input.
The Donny show covers diverse topics and is built partly on the ebb and flow of her studio audience’s interaction and her guests some of whom are experts in various fields.
She is not afraid to delve deep into controversial topics that some quarters may classify as “too much” because the way she sees it, she knows Black people want answers and want ‘a platform to express themselves.’

“I feel like I am almost like a therapist for my community, so people often ask my opinion on different topics.”

It hasn’t been easy she’s taken ‘several L’s’ and according to her, they’ve only made her stronger.

“I’m somebody when I start something, I don’t give up,” she asserts. “I have had partners walkout, cameramen and directors disappoint but I still keep going. Even if it means I have to eat oatmeal for weeks to afford to shoot, I’ll do it.”

Through the seasons she’s grown the show from her living room to a live studio audience.
She’s a recipient of the Gala Dynasty Best Web Show in 2020. And she’s also managed to get sponsorship from companies as she keeps scaling up.

“The more you invest in yourself the easier it is for brands to come and invest in you,” Simon offers.
After the pandemic shut everything down, Simon managed to pivot and take the Donny show online and globally.

“We decided to do it via zoom and the best part of it is you can have anybody over the world you don’t have to get plane tickets for them to come. I got the top Haitian artists from New York from Miami and did some shows in Creole. And now I got more attention in the States.”

Donny Simon is nowhere close to slowing down and as restrictions loosen, she’s looking forward to an even bigger and better sixth season. Her outlook remains optimistic at her possibilities.
She credits her success to her willingness to always uplift other Blacks, individuals and groups.

“I always shout out my own, if we support each other… we succeed.”

Check out the Donny Show at: donnysimon.com or at
https://www.youtube.com/watch?v=eSVC6rOj3OE 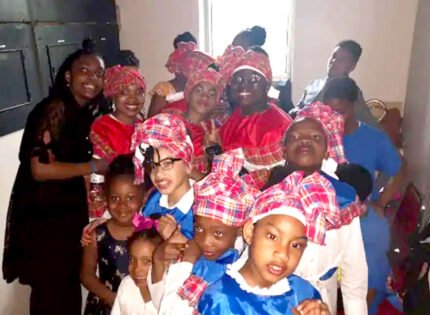 West Can Children’s Recital on June 20

West Can Children’s Recital on June 20