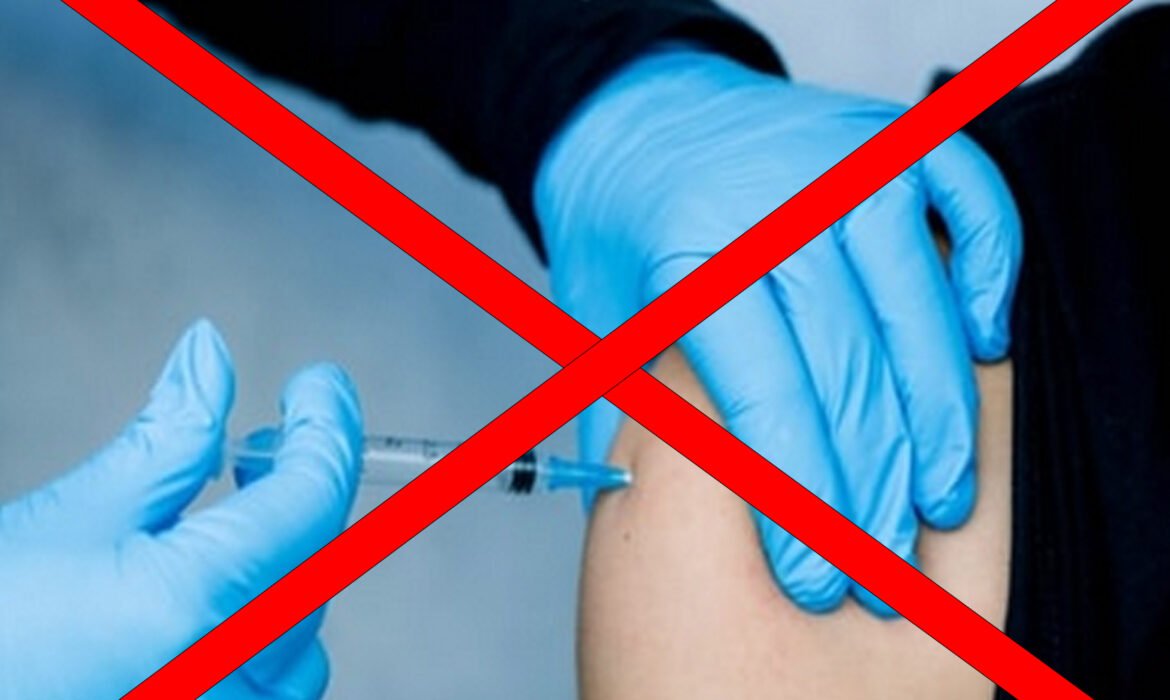 The especially dangerous ones are those who use social media to regurgitate the bile they consume on, yes... social media

As the delta variant continues to trigger a massive surge in COVID-19 cases in
Canada, Black communities across the country remain at the highest risk of being ravaged… just as they were when the pandemic first hit 17 months ago.
However this time around, discrimination and health inequities are not the only factors for the disproportionate number of Blacks being afflicted by the coronavirus.
Add to the mix a troubling combination of vaccine skepticism and rampaging ignorance masquerading in the apparels of the anti-vaxxer.
Together, these two groups are heightening the risk of Black people being victims of the mutation of the coronavirus that is said to be two and a half times more transmissible than the original version.

The delta variant was first detected in India last October and was responsible for a second wave that crippled the country with a daily number of cases that reached as high as 400,000.
It’s now wreaking havoc in countries around the world, many of which thought that they had wrestled COVID-19 under control.
So far the pandemic has afflicted close to 220 million around the world, killing more than 4.5 million.
Here in Montreal as it is in major cities across North America, estimates are that Blacks are several times more likely than their white peers to have been made ill or killed by the virus.
And recent information released by the city’s chief medical officer points to the prevalence of the delta variants in neighborhoods with large populations of visible minorities and immigrants.
Indeed if as public health officials expect, Canada’s fourth wave is driven by this deadlier delta variant, the consequences for our community can be dire in the coming months.

Reason enough to be concerned about those among us who’ve chosen not to be vaccinated and are becoming increasingly comfortable and arrogant with what is potentially a dangerous decision.
It’s easier to understand those who are skeptical of the side effects and long-term health effects of the vaccines.
After all, many in minority communities like ours harbor deeply ingrained historical and cultural mistrust of public health systems, much of which seeps from the systemic discrimination that has been part of our reality for so long.
The hope, of course, is that with time, reasoning, proper motivation, and education, the skeptics and ‘hesitants’ will do what is the responsible thing for themselves, their families, and their community.
It’s quite another thing when it comes to the handful of so-called anti-vaxxers and anti-maskers among us.
Under normal circumstances, they should bear the brunt of our anger and distaste for their childish irresponsibility and idiocy toward health mandates that are tried and proven in containing the plague that COVID-19 has become. Instead, they have to be pitied.
But it’s important to see them for what they are.
The especially dangerous ones are those who use social media to regurgitate the bile they consume on, yes… social media.
They’re the ones who have become basement revolutionaries fighting government over-reach in healthcare; the ones who are overnight vaccine scientists, wanting you to hear them against trained voices; the ones who want to lead the charge against Fauci, Bill Gates, and big pharma.
To be fair it merits taking a look at their postings: day in day out, week after week, month after month, for the past year and a half… not one, single original thought.
Obviously.

None is qualified to speak on the subject.
So everything that they have to offer has been creatively designed for them.
These community-based, so-called anti-vaxxers, anti-maskers are the impressionable ones caught up in the web of misinformation on vaccines that have targeted the black and other minority communities for decades.

They’re victims, of course.
Still, they have the potential to harm others who might fall under their influence.
That’s why their impish romanticism with wanting-to-stand-against-something is so vexing.
The hope in this instance is that these misinformed ‘impressionables’ don’t put in danger the lives of those who might be under their influence.
And for others in our community who are among the 28 million or so Canadians who have chosen to take what they believe is the responsible path out of this global health crisis, know that you’re on the right side of history.