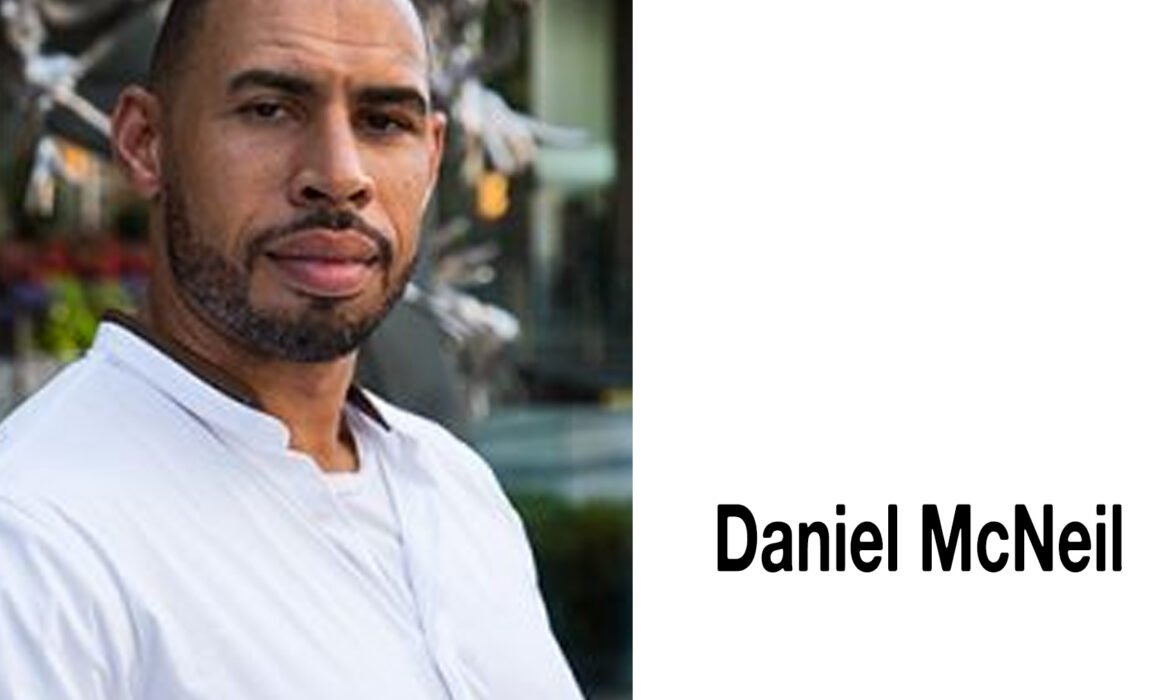 Quietly, and without much fanfare and bluster, Daniel McNeil is one of Canada’s most important Black intellectuals. Once an aspiring English footballer (soccer player), he instead chose academia.
Having studied at Oxford University and the University of Toronto, McNeil is now a professor in Gender Studies and the National Scholar Chair in Black Studies at Queen’s University in Kingston, Ontario.
Drawing on an eclectic mix of archival research, politics, film theory, and pop culture, Daniel McNeil examines two of the most celebrated and controversial Black thinkers working today: the Black British sociologist and theorist Paul Gilroy and one of the most influential intellectuals of modern times, the rebel African American film and cultural critic, Armond White.
In the process, Thinking While Black takes us on a transatlantic journey through the radical movements that rocked against racism in 1970s Detroit and Birmingham, the rhythms of everyday life in 1980s London and New York, and the hype and hostility generated by Oscar-winning films like 12 Years a Slave.
The lives and careers of White and Gilroy—along with creative contemporaries of the post–civil rights era such as Bob Marley, Toni Morrison, Stuart Hall, and Pauline Kael—should matter to anyone who craves deeper and fresher thinking about cultural industries, racism, nationalism, belonging, and identity. Daniel McNeil’s book brings them together admirably.
As an undergraduate student in the United Kingdom, Professor McNeil directed the Oxford Access Scheme Arts Summer School, a program that encouraged people from racialized and non-traditional backgrounds to apply to university in general and Oxford in particular.
After completing his PhD in History and Ethnic and Immigration Studies at the University of Toronto, he moved back to England to become a Lecturer in Black and Minority Studies at the University of Hull and a research fellow at the Wilberforce Institute for the study of Slavery and Emancipation, where he curated Black History Month events and initiatives in museums, universities, art galleries, schools and prisons that stimulated critical debate and collaborative action about historical and contemporary resilience and resistance to persistent anti-Black racism and xenophobia in Yorkshire.
After the publication of Sex and Race in the Black Atlantic (Routledge, 2010), his book about the framing of ‘mixed-race’ individuals as pathological objects and ahistorical accounts that have celebrated ethnically ambiguous individuals as ‘post-racial’ icons, McNeil was appointed the Ida B. Wells-Barnett Visiting Professor of African and Black Diaspora Studies at DePaul University in Chicago.
In this position named in honor of a crusading journalist and activist, he designed and developed speaker series, community-engaged workshops, and other events that brought humanities research into the broader public realm for discussion, debate, and examination across multiple media platforms, and made space in the academy for the knowledge of communities.