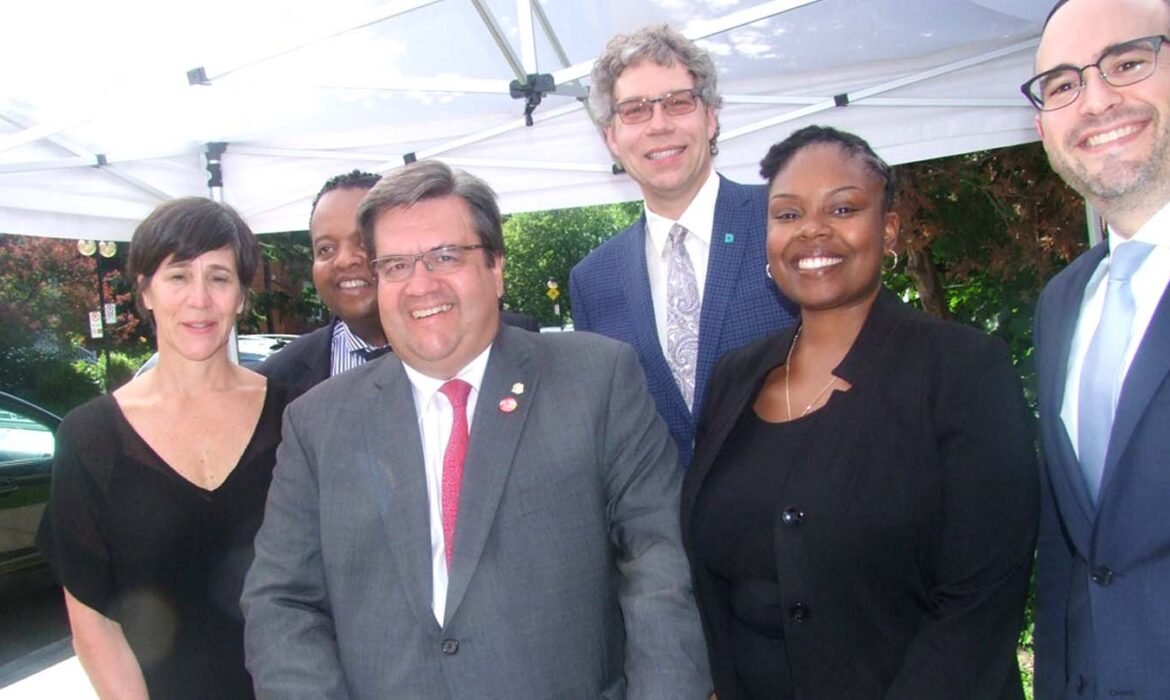 Long-standing community worker, Tiffany Callender, is one of two Black candidates introduced by Russell Copeman, mayor of Cote-des-Neiges/Notre Dame des Grace Borough to be part of his team for the November 5 municipal elections running under the banner of Equipe Denis Coderre pour Montreal.
Callender, executive director of the Cote-des-Neiges Black Community Association, will attempt to become the city councilor for the Cote-des-Neiges district, which is currently held by Magda Popeanu of Projet Montreal.
Gabriel Retta, a seasoned backroom political operator is the other person of African descent on Copeman’s ticket. He was political attaché to Marlene Jennings when she was MP for Notre Des Grace in the 90s and to Marguerite Blais, a former provincial minister for the Aged. He will be running in the Loyola district.
The other candidates who will be vying to represent the borough at City Hall are Lionel Perez, the incumbent in the Darlington district, and Elaine Ethier in Notre Dame de Grace.
The team was unveiled at an announcement on Tuesday, July 5, at the Hellenic Centre in Cote-des-Neiges, and Montreal mayor Denis Coderre was on hand to welcome Callender and the new candidates on board and offered his support to get them elected.
Responding to a question from the CONTACT about the disconnection between City Hall and the Black community, the mayor assured us that he is committed to changing that reality and is looking forward to the election of Callender and Retta.
“I’m not putting them out there as potted plants, I never do with any of my candidates, I want them to grow and flourish.”
Copeman, who was elected borough mayor in 2013, is one of the highest ranking members of the Coderre administration as a member of the Executive Committee, responsible for Housing, Urban Planning, Property Management and Planning, and Montreal Office of Public Consultation.
In announcing his candidacy for a second term as mayor, Copeman points to the many accomplishments of Team Coderre in areas of infrastructure, commercial development and the recognition of diversity in Montreal’s most populous borough.
He was also excited about having two highly qualified and experienced Black candidates on his slate.
Callender comes with an overload of experience on the community front, having served as executive director of the CdNBCA for the past five years on several administrative boards for projects serving the interests of minorities and youth in the Cote-des-Neiges area.
Retta has been the ultimate backroom guy for well over 15 years, having worked with Jennings between 2002 and 2011 and with Blais between 2011 and 2013.
He has been a political attaché with the office of the mayor of Montreal and the Executive Committee of the City of Montreal since 2013.
Currently, Montreal only has one Black among its 65 city councilors, Franz Benjamin. He represents the district of Saint-Michel and is Chairman of the City Council.