They sing to the Lord and for the Church 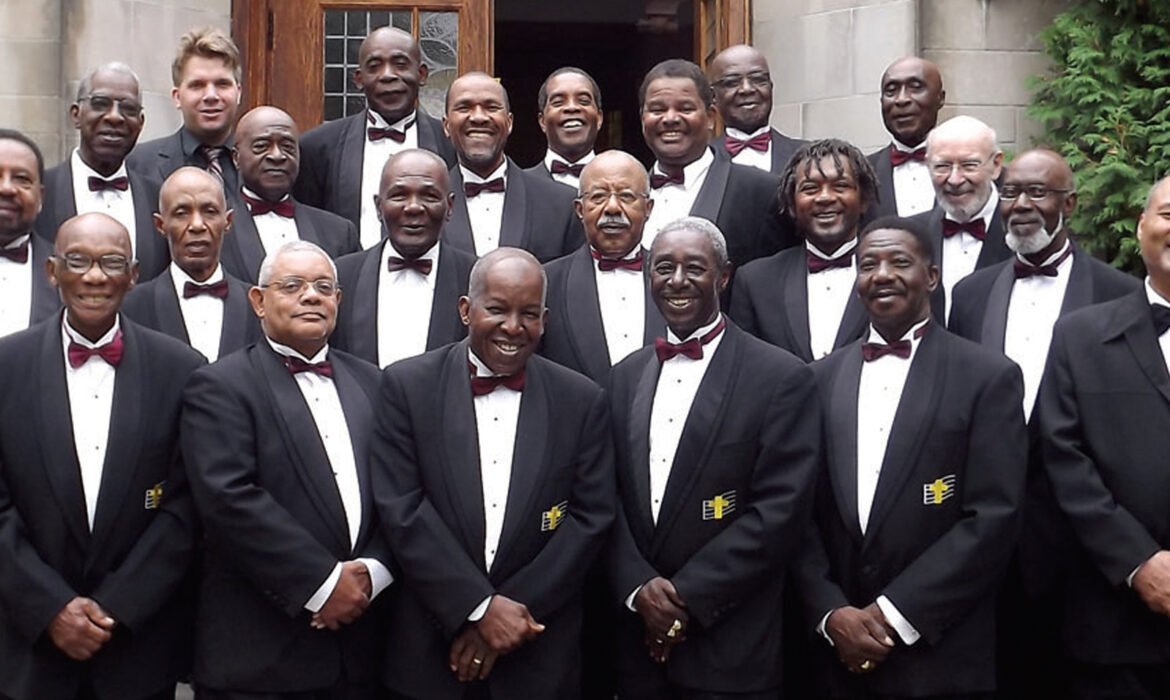 About 17 years ago, The Men’s Gospel Choir of Union United Church introduced themselves to Montrealers with a well-appreciated concert at the Salvation Army Hall in downtown Montreal.
Since then the group has established itself as a fixture on the local gospel scene by performing at events around the city and entertaining large audiences at what has become their annual celebration.
They stand out not necessarily because of the musical prowess of the men, most of whom are in their golden years, but more so because of their captivating stage presence and an engaging repertoire that never fails to get audiences singing and dancing in the aisles.
Although many of the original guys have since moved on, the choir, with about two dozen members including a new crop of younger ones, is still going strong under the direction of musical icon Kim Sherwood and pianist Joseph McKeown who over the years, have gotten the guys to sing and move on stage in ways no one ever thought possible.
Saturday, October 22, brings another opportunity for Montrealers to enjoy the high-energy musical offerings of a group of guys whose only goal is to entertain.
The concert, which takes place at Union United Church, 3007 Delisle in St. Henri, is themed “Only God Can Turn Your Life Around” and offers gospel lovers a special musical treat as the men will share the stage with several highly respected performers, including Claire Jean Charles, The Fitzpatrick Sisters and Ce Ce Walker.
This year marks the 17th public concert for the choir, which was formed out of the Union United’s men’s fellowship group for what was supposed to be just a Fathers Day performance at the church in 1998.
However, such was the appreciation for what they had to offer, the choir became a permanent fixture at the church. Today they perform every fifth Sunday and at the Father’s Day service.
Such is their commitment to delivering their best on stage, the men who are described as “long into their 70s and 80s” make it their business to get in at least four hours of choir practice per week. And as stated on their website, although “it’s a tall order… they seldom miss a practice.”