The Guys at GoGo Assembly Can Assemble Them 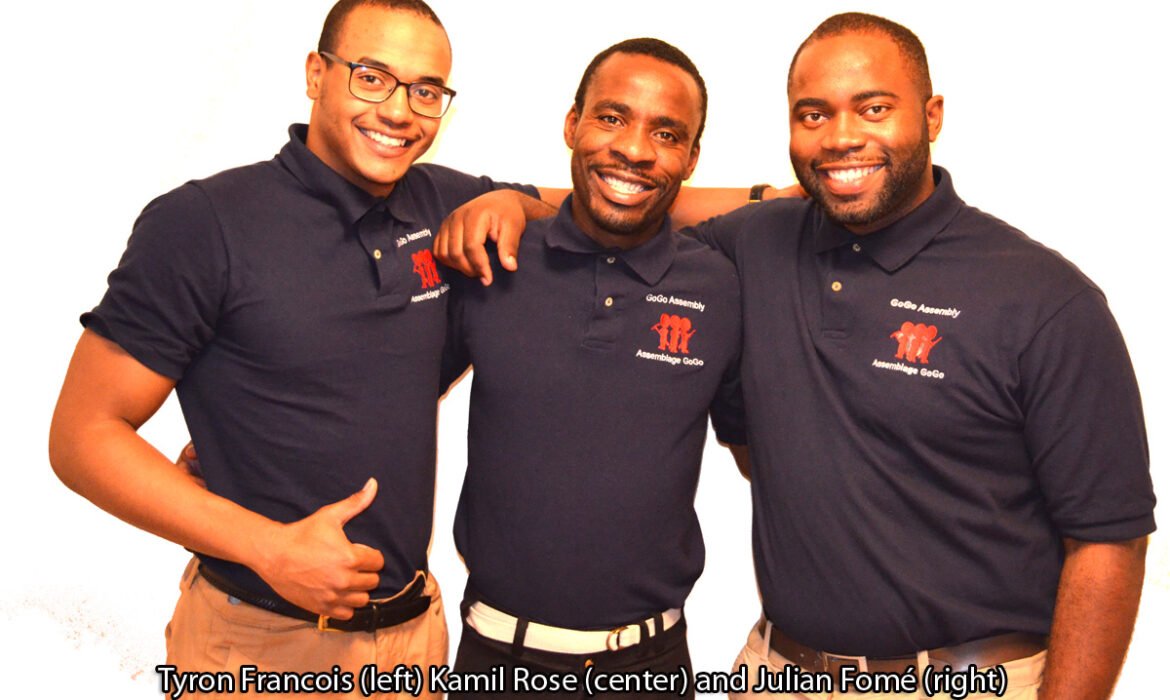 Tyron François and his friends Julian Fomé and Kamil Rose are pretty handy with tools around the house. After all, all three are in the field of mechanical engineering and have accumulated years of experience building and assembling things.
Thankfully for many Montrealers, the trio has decided to pool their expertise and  establish GoGo Assembly (GGA), an on-demand assembly service, specializing in assembly of barbecue as well as home and patio furniture.
The sound that you’re hearing as you read this article is a collective sigh of relief across the Greater Montreal area by those who have been driven to the edge of insanity trying to mount those dastardly equipment and furniture, not to mention those IKEA thingies.
As a matter of fact, we’re quite aware of how frustrating it can be for the average person to assemble those things,” says Francois, who like Fomé, worked for many years at Canadian Tire.
“We actually enjoy doing it. That’s why we decided to venture into this business.”
Both are in their early 20s and are mechanical engineering technicians working on an undergraduate degree in the field at Ecole Technologie Superieure. Rose is in his 30s and is an operations manager at Plastibec, a company specializing in customized deck covers and window treatments.
Francois says they have been assembling barbeques for clients on an off and on basis for the past few years and decided to take it to another level after their on-line ads started to bring in an increasing number of calls.
He says they registered the enterprise at the end of 2014, built a website, bought some tools and uniforms and readied themselves for business. In the winter, they plan to get into assembling Tempos.
However, with the change of weather these days they have been fielding several calls a week as families get set to migrate to the outdoors.
On average it takes about an hour and 15 minutes to assemble a standard three-burner barbeque and a little more time for those with four burners or more.
“What we have found is that people don’t mind if we take a little extra time, what they want is for us to do a good job and that’s the promise we give to them because our company values thoroughness and meticulous attention to detail.”
Francois says he and at least one of his partners are prepared to travel anywhere across the greater Montreal area to take away the stress of assembling your barbeque and patio furniture.
Check them out at http://www.gogoassembly.com and call them at 514-627-7442.