Advertise with Us
Home Opinions The Convoy and systemic racism 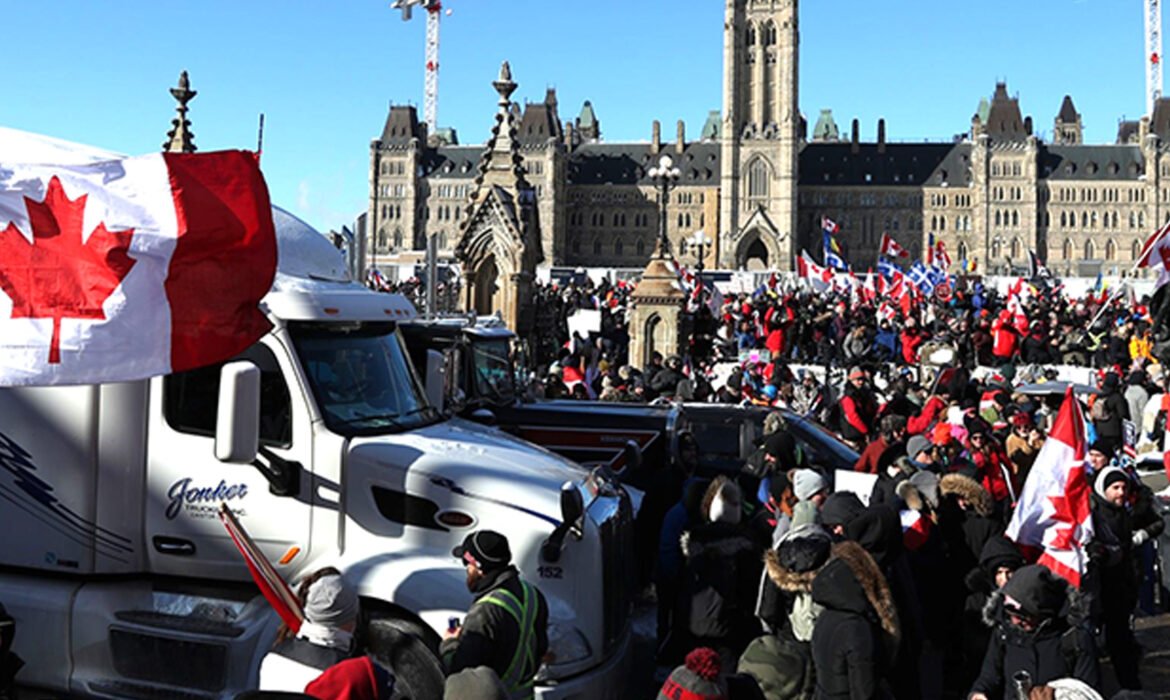 Acts of institutional racism displayed by the powers that be inside the Canadian state surprise me at times, although they truly should not. These events happen frequently, and we must not normalise them. We must move past this constant surprise and disbelief in order to foment unified action for systemic change.
During this past month, foreign-funded white supremacist anti-vaxx insurrectionists succeeded in blockading the Parliament of Canada for 23 days. All levels of government were paralysed, even with all their might and power, to bring this unlawful occupation to an end.
Perhaps they were not paralysed. Perhaps they were unwilling to act.
The question is not if but to what extent are the police infiltrated by white supremacists.
There’s ample evidence that treasonous white supremacist elements within the ranks of the police, from constable all the way up the chain of command, have sympathised with the insurrectionists and have abdicated their duty to protect and to fulfil the tenets of their oath as agents of the law.
Police complicity and participation in white supremacy is wide ranging; from officers illegally displaying the racist “thin blue line” emblem on their uniforms to rogue officers providing sensitive information, operational command strategy and confidential internal communications to members of a far-right group, connected with a contingent now accused of plotting to murder RCMP officers.
We must have an independent national inquiry to investigate how far the sabotage went and to what extent are the state apparatus and actors infiltrated by insurrectionist and white supremacist elements.
Thankfully, there will be an inquiry automatically triggered by the invocation of the Emergencies Act, and hopefully it is wide ranging and general enough in scope to understand the situation in which we find ourselves.
One of the biggest victims here is former Ottawa chief of police, Peter Sloly, who is being used as a scapegoat even though he was powerless to stop the protests in downtown Ottawa.
From the beginning, Sloly asked for 1800 extra officers from the OPP to help. Nobody sent them. He asked the RCMP. He was left to fail.
To what extent was he sabotaged and left out in the cold, and was it because he is Black?

“A true mockery of this city, province and country. It’s just complete and utter lawlessness,” Ottawa city councillor Catherine McKenney said in an interview. “Nobody is stepping up to do anything.” The federal Minister of Emergency Preparedness Bill Blair called the lack of police enforcement in the national capital “inexplicable.”

It is definitely explicable, and here’s a start:
The Canadian State, even from before its inception, has been and continues to be a white supremacist petrostate. European colonialists and imperialists have always viewed this land and the peoples who are the historic custodians of the land, as expendable.
It was Voltaire who despicably opined that so-called Canada was “quelques arpents de neige” and that “le Canada, pays couvert de neiges et de glaces huit mois de l’année, habité par des barbares, des ours et des castors.”
In English: “Canada is a few acres of snow; a country covered with snow and ice eight months of the year, inhabited by barbarians, bears and beavers.”
Sure, this is a quote by a long dead European, but even in the history books nowadays, the ones that have taught our contemporaries, Indigenous peoples are still referred to as savages whilst European invaders are referred to as benefactors establishing civilised society on this unoccupied land.
And what can be more exemplary of this ongoing and historical systemic racism than the current state of affairs; the first Black police chief in Ottawa denied assistance, sabotaged and scapegoated, left defenceless in the face of a white supremacist mob whilst concurrently we have the RCMP and other police departments using violent and coercive measures to combat and remove from their sovereign territories, Indigenous land defenders and water defenders who are trying to protect the future of all humanity on planet earth.
The eyes of the world see clearly what Canadian hypocrisy is like when Wet’suwet’en is raided by a heavily armed paramilitary contingent of RCMP officers fast-roping from helicopters, using a chainsaw to break into a plywood shack to arrest journalists and Indigenous women and children, whilst concurrently doing absolutely nothing when white supremacist anti-vaxxers drive big-rig trucks filled with diesel and explosives up to Parliament Hill using their own children as human shields.
The police use illegal surveillance to intimidate journalists and environmentalists, use excessive force on people defending old growth forests from illegal logging in Fairy Creek whilst concurrently looking the other way when a Canada-wide insurrection of white supremacist anti-vaxxers have brought cross-border transportation and commerce to a standstill and who are demanding the overthrow of the democratically elected government.
These people want to set up a kangaroo court to try Trudeau and journalists for “treason” and then execute them. They want to put nurses and doctors on trial for giving people vaccines.
These ignoramuses want to turn Canada into Gilead. My goodness “something is rotten in the state of Denmark” and in Canada it’s rotting even faster and smellier; throw that nonsense (systemic racism) in the compost already.

Can you imagine how different the police response would be if thousands of Black Lives Matter or Land Back or environmental activists blockaded Ottawa and the Ambassador Bridge border crossing?
Can you even imagine what would happen if thousands of BIPOC activists drove big-rig trucks filled with incendiary materials up to Parliament Hill?

Raj Jagdeo is a community and environmental activist