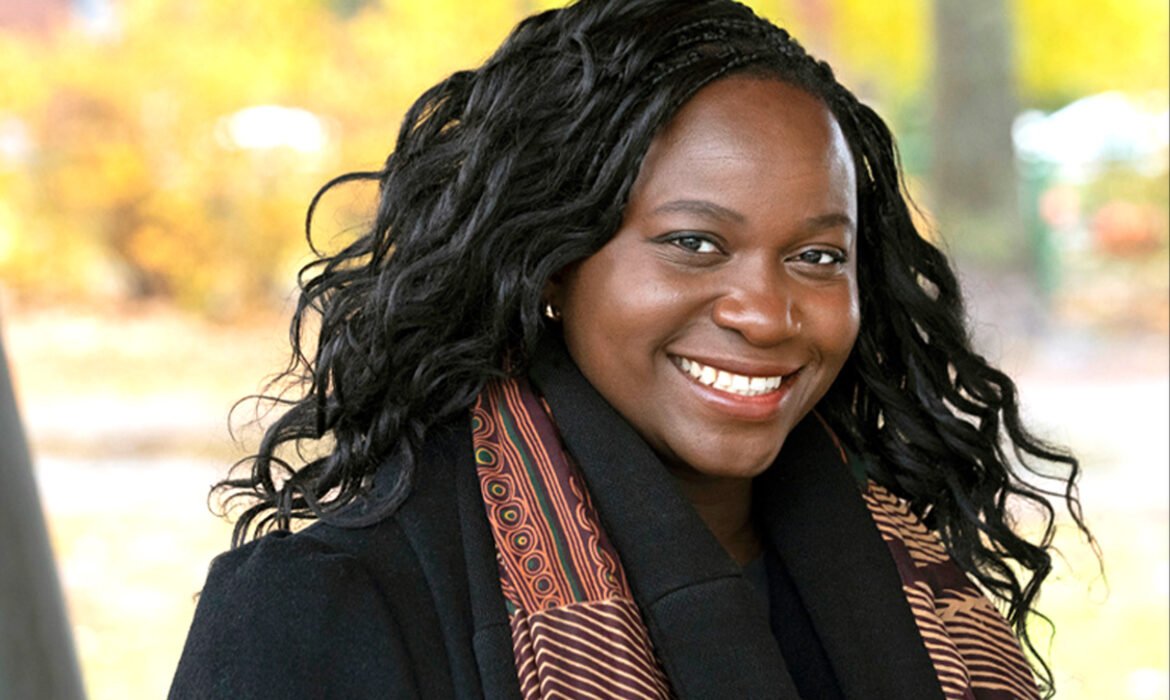 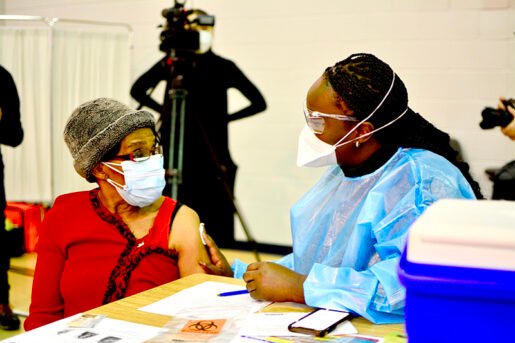 Grace Kasoki Katahwa’s goal was clear when she entered the nursing field a decade or so ago: “I wanted to ensure that when I wake up in the morning I have a concrete positive impact on people,”.
And now as the first Black elected borough mayor of Cote Des Neiges-NDG, her agenda remains the same, to have a positive impact on those she was elected to serve and by extension her community.
In a recent Zoom interview with the CONTACT, Katahwa shared some of her plans to use her mandate to improve the day to day reality of people in what is Montreal’s most populous borough.

“There a lot to do,” says the former healthcare administrator, who carries a lifelong passion for social justice. In addition to attempting make inroads on the lingering affordable housing problem in the borough, she added: “I want to increase the green spaces all around the area not just in the wealthy areas but everywhere.”

It’s also very important for her to hear from “regular Montrealers” who are outside of political circles, “those who are not attending borough council meetings and are not accustomed to calling our offices.”
Just as important to her, Katahwa says, is to inspire young people especially minorities to see politics as an option. And show them that there is space for them.”
It’s one of the ways, she says, that her office can be of service to a broader cross-section of constituents.
Connecting with her electors is important for Katahwa who ran under Mayor Valerie Plante’s Projet Montreal banner in the November 7, 2021, municipal elections.
The campaign to unseat incumbent mayor Sue Montgomery and beat-back challenges from the very popular and long serving councillor Lionel Perez was a tough one for a young Black woman who grew up in Quebec City.
As a matter of fact after hearing the initial results on the night of the vote she had resigned herself to the fact that she was probably not going to win the election.
However, the following day, her realized that there had been some misreporting and she still stood a chance.

“One of the people in my team called me at 10:30, the next day, when that last like there was two ballots left and I was 43 points behind,” she says, “So, I got up and took a shower and went to the party office and the results came in later in the day and it said I had won, and I was going to be the mayor.”

She was eventually elected by 212 votes ahead of Perez, but before she could begin her duties as borough mayor her opponent called for a recount.
She says she took it all in stride: “I was on the ground a lot, so I knew I had the people’s support, so I just waited for the recount before taking up my responsibilities.”
Grace Kasoki Katahwa was born in the Democratic Republic of Congo and moved here at the age of three. Her father came to study at the University of Laval in Quebec City.
She remembers the diversity growing up with people from around the world whose parents were either students or lecturers in the university.
But as she begun to spread her wings she wanted to broaden her social circle and expand professional options, so she moved to Montreal.
In choosing a career path between law and nursing, Katahwa said her passion for social justice was front and center. She settled for nursing, realizing that she could have a big impact on people’s life in that
capacity.
Trained as a clinical nurse, she joined the staff at the Jewish General Hospital, where she remained for a couple years..
Along the way she earned a master’s degree in public administration at the National School of Public
Administration. 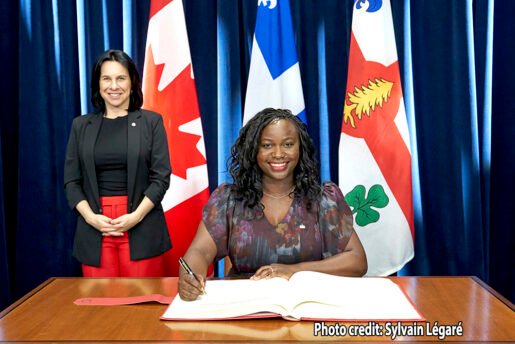 However, she admits to being frustrated by obstacles as she tried to climb the professional ladder.
In 2018, she broke through to serve as an administrator on the Board of Directors of the Ordre des infirmières et infirmiers du Québec (OIIQ.)
Still passionate about social justice and as a way to develop her leadership skills Katahwa got involved with several community groups. She served as president of the Network of African Entrepreneurs and Professionals (REPAF) and director of the Circle of Young Leaders of the International Economic Forum of the Americas (FEIA.) And also on the board of Force jeunesse and the Espace Santé Group.
On Tuesday, February 2, had another opportunity to combine her profession and community obligations, when she donated her time at the St. Raymond’s centre in NDG as a nurse to administer Covid-19 vaccinations to residents.
‘”It felt really good to be able to do it,” she says, adding that once she updated herself on the protocols everything into place naturally.
Katahwa says that in the course of her community and professional work, she has had many offers to run for political office but chose not to until she was absolutely sure that she will be able impact on the lives of those who elected her.
Impressed by the work of Valerie and Project
Montreal, she jumped at the opportunity to get involved in the last municipal vote. And in so doing, made
history.
Her election in NDG was part of a wave of Black women taking pollical official on the municipal scene, including Dominique Olliviere, elected in Vieux-Rosemont district, and will become the first Black person to be president of the city’s executive committee. Ericka Alnéus, in Rosemont–La-Petite-Patrie; Martine Musau Muele, in the Villeray district; Rolanda Balma, Reine Bombo-Allara and Affine Lwalalika in Longueuil and Carla Pierre-Paul in Saint-Jerôme.