Shak The Jamaican Juggernaut goes after two belts on June 8 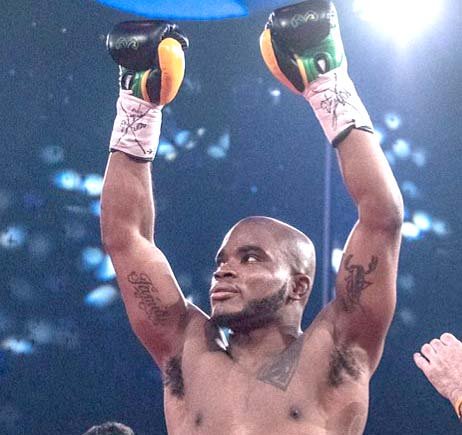 As the days draw closer to his June 8 bout at the Montreal Casino, it’s obviously difficult for local favorite Shakeel Phinn to corral his excitement and hyper enthusiasm.
His overflow of emotion is not unexpected given the fact that this fight should mark the turning point in the budding ring-career of the man known as the Jamaican Juggernaut as he goes after two world belts, NABF and IBF Inter-Continental titles super middleweight (168 pounds).
And as usual, when he steps in the ring with Elio German Rafael, he will be fueled by his highly contagious confidence.
“You can expect to see the best Shakeel Phinn on June 8th! I’m in great shape my training camp has been amazing,” he told the CONTACT.
But one thing is for sure, he is not taking Rafael (15-2-0, 9 K.-O), a 34-year-old left-handed puncher and former taekwondo champion lightly. He knows that he’s in tough against the transplanted Argentinian, now living in Mexico, who turned pro six years ago and has been on an upward trajectory since.
“He’s a southpaw with an awkward style… very tough with good power.”
But as we have seen of the young Montreal favorite, whose record is a respectable (20-2-1, 14 K.-O.), Shak makes himself ready for all comers under all circumstances.
For this fight, he has kept a stringent training schedule at his resident Donnybrook Gym and at Grant Gym under the watchful eyes of his coach and trainer Ian Millsop . He has also attended training camps in Ottawa and Toronto.
After turning pro in January 2015, it wasn’t long before Shak fought his way to the Canadian Super Middleweight title securing a unanimous decision over hometown favorite Paul Bdzel in a tough 10-round fight.
He also fought in the USA, Toronto and New Brunswick, Quebec City and Gatineau, keeping his perfect record intact.
This past December, he fought for the IBF super middleweight title against Dario Bredicean. The bout was called a draw because two judges had them tied while the third scored it for Shak.
Boxing fans in Montreal will be rooting for Shakeel Phinn, in the midst of the Grand Prix weeekend on June 8, at the Casino de Montréal.