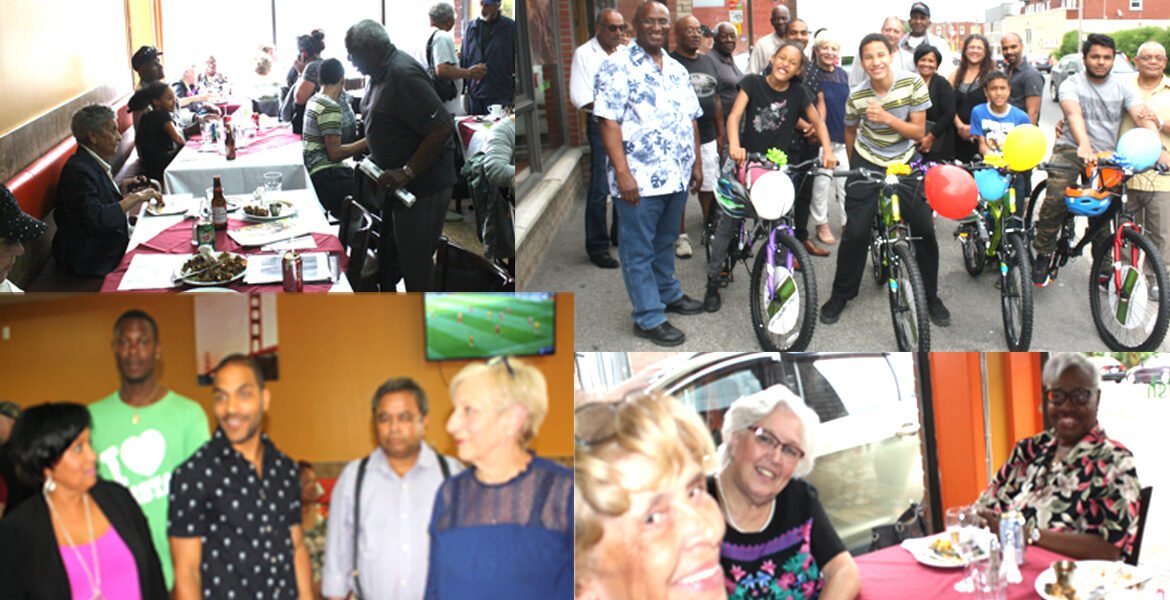 For much of his life, Ronnie Williams remained steadfast in his belief that every child should have a bicycle to move around his neighborhood.
Since 2014, together with close friends Wayne Thomas and Ron Durant, he was able to make his dream a reality for many less fortunate students by raising funds and buying bicycles to give to those in need.
When Ronnie died in August 2017, his friends and relatives knew they had to keep his memory alive by continuing to uphold his passion. They intend to make the Ronnie Williams Memorial Bike Giveaway an annual affair.
On Saturday, June 23, they packed into Greenz Restaurant in Ville St. Pierre to share a meal, share memories of a guy “with a big heart” and brighten the summer of four young Montrealers by presenting them with spanking new bikes together with accessories (helmets and locks).
Williams’ family including his wife, Christiane, daughter Debbie, and sons Jordan and Mitch attended the event.
In making the presentation to students Kaii and Kyla Beck, Roland Sayers and Rafiath Chowdhury, Thomas spoke of Ronnie’s lifelong commitment to helping others.
“It’s something that has always been important to him, even from his days as a young guy growing up here in Montreal,” he said.
Following the giveaway at the restaurant, Thomas delivered bikes to three other students, Zander Bascombe, Danny Renomeron-Ward and Kayante Lynch.
The seven students are between the ages of 9 and 16-years-old.
Thomas used the occasion to thank all present for their contributions towards the initiative and singled out individuals such as Gavin at Daboom Desserts and Wayne and Debra Christmas and the Williams family for donation of bikes.
For info on the Ronnie Williams Memorial Bike GiAway call 514 -668-0205.