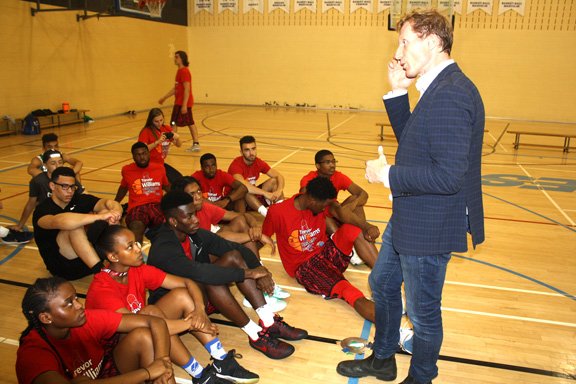 Black youth were the focus of a recent announcement from the Liberal government of Canada, detailing a $9 million program to fund projects that respond to key challenges facing Black Canadian youth.
Marc Miller, Member of Parliament for Ville-Marie—Le Sud-Ouest—Île-des-Sœurs, who also sits as a member of the Black Caucus of the Liberal Party, made the announcement on Friday, June 29, to counselors and participants at the Trevor Williams Basketball Camp, which is held at Dawson College.
Heritage Minister Melanie Joly, who will be responsible for managing the fund also made an announcement at a news conference that day. Other news conferences were held in Toronto, Edmonton and Halifax.
Miller reminded the young Montrealers of his government’s commitment to building country where “people who work hard can have a real and fair chance of a better life—no matter their culture, religion, language or skin color. “
“However,” he observed. “Canada is not immune to racism and discrimination.”
Adding that his government “recognizes the unique challenges faced by Black Canadians, particularly Black youth.”
And cited that anti-Black racism remains “a consistent problem, with crimes targeting Black populations being the most common type of hate crime related to race or ethnicity in the country.”
He says the $9 million will be delivered over the next three years and “support community projects that empower young people in Black communities and help combat racism and discrimination.”