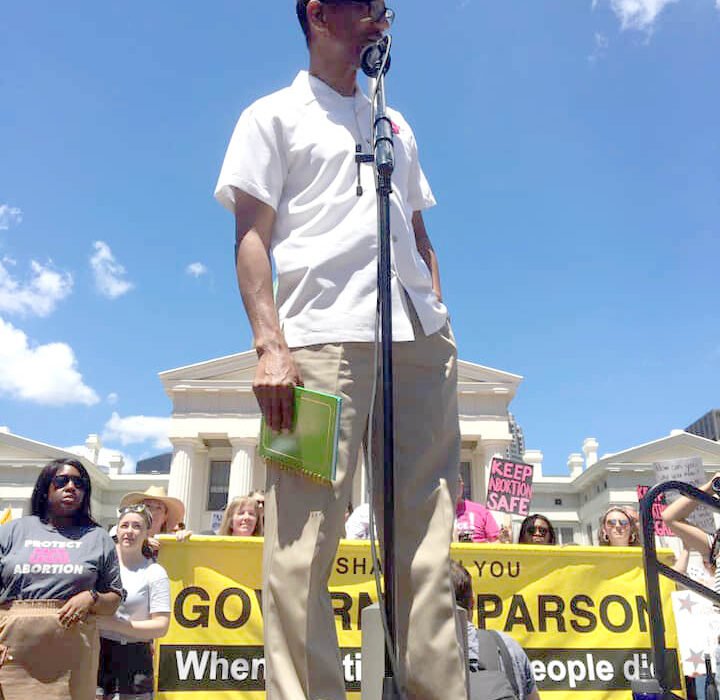 Former Montrealer, Reverend Darryl Gray has stated his intentions to seek the 2020 Democratic nomination to serve as state representative of 77th Legislative House District in Jefferson City, Missouri.
The high-profile spiritual leader and committed community advocate spent close to 20 years in Montreal, moving here in 1998 to serve as senior pastor at Union United Church before founding the Imani Family and Full Gospel Church in 2005.
Over the past six or seven years, he has been back and forth between Montreal and St. Louis when he has deep political advocacy roots.

This past December, he made an official announcement, giving up his position at Imani and moving back to St. Louis.
Then on May 28, he officially announced his intentions on his Facebook page to serve the people of Jefferson City as their state representative.
“St. Louis is my home, and I am totally committed to improving the State that we are in. We must ensure that our rights are protected; our communities are safe; our families are healthy; our schools are adequately funded; our justice system is fair; our environment is protected; our elected officials represent people, not special interests; and that workers receive livable
He stated that he would officially launch his campaign on June 20.