Advertise with Us
Home News Community News Music to our ears: Call him Dr. Salah Wilson 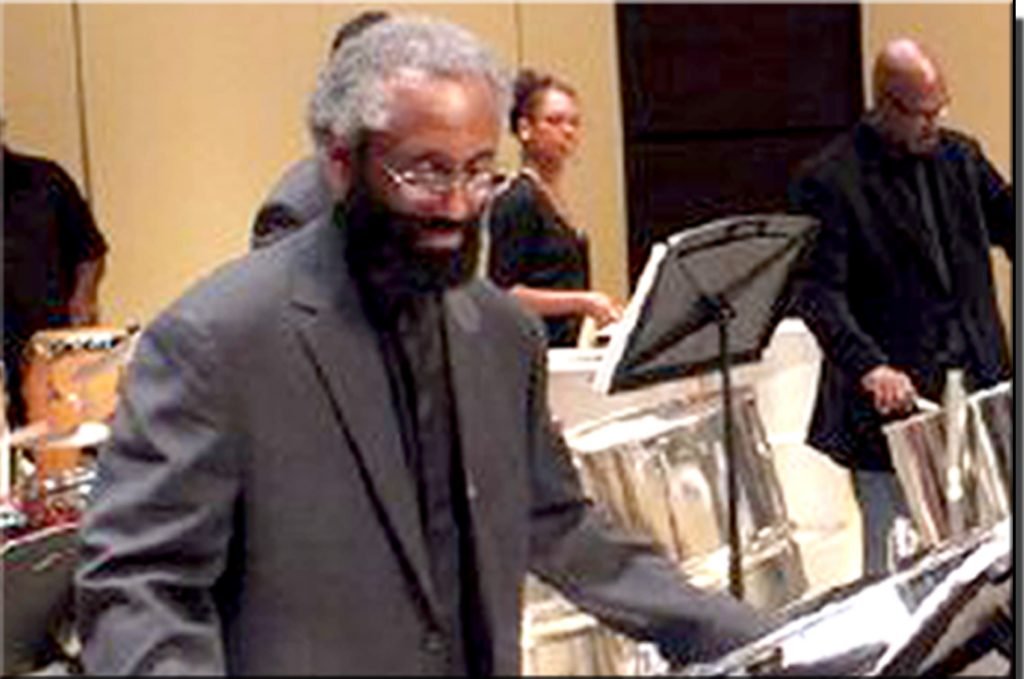 Salah Wilson was just over 60 years old in 2012, a father of six and a grand father many times over when he set off on a new conquest. He and Adiylah, his wife of more than four decades, packed their bags, uprooted their lives and moved to Toronto, where the lifelong steelpan maestro intended to take care of some unfinished businesses. He wanted to complete his education.
Eight years later, task complete and the music-man is getting ready to make his way back to Montreal. But when he puts the key in the door of his west island home, he will be doing so as Dr. Salah Wilson, having earned both a Master’s degree and a Ph.D. in Musicology /Ethnomusicology from York University.
Looking back, Wilson tells the CONTACT that “it truly an interesting and amazing experience… the last eight years.”
“First of all campus life was something completely new to me,” he says. “Living in a dormitory among students the age of my children attending classes, working as a teaching assistant while still playing and arranging music for my steelpan academy and competing in the national panorama competition.”
Remarkably, he was able to complete the master’s program in less than two years and began the final leg of his education odyssey, right at the top of the ladder, the Ph.D.
“The academic or scholarly part of it was refreshing and exciting because there’s so much to learn, so much knowledge available to help you grow also for you to help others grow.”
As he has done from his under-graduate degree at Concordia University here in Montreal, between 1992 and 1995, Salah used his trusted alto pan (commonly known in steelpan lexicon as the second pan) as his primary instrument.
He completed his Bachelor’s in music with Honors becoming the first person to use the steelpan in that purpose in Quebec.

Both his master’s and doctorate dissertation at York University examined the development of the development of the steelpan as an instrument and the steelband movement in Montreal and Canada since the 1950s when the musical artform made its way here from it’s birthplace Trinidad and Tobago.
Montreal has been one of the earliest nesting places for the instrument after it was created in neighborhoods across T&T as the primary form of entertainment for the masses.
Students coming to universities as well as other migrants from the Caribbean brought the instrument and established it on the cultural landscape here.
Salah himself came to Montreal in 1973, with nothing but his wife at his side and his chromed alto pan (something of a marvel at the time.)
He began by working with community steelpan initiatives here but eventually established himself as a musical force and an ambassador for the instrument because of his extraordinary skill and proficiency as a player and musical arranger as well as his unbridled desire to see the instrument take its place and reach its fullest potential among conventional instruments.
Salah is also driven to see that the steelpan and the movement associated with it become a source of empowerment for the musicians and for the communities out of which they come. And has been calling on the Trinidad and Tobago government to establishment of a Ministry of Pan.
In his quest for the development of the instrument and his growth as a player-arranger, Salah has achieved and contributed probably more than anyone else on the scene today.
He was the first to use the steelpan as a busker on the streets and in the metros of Montreal in the early 80s; his family band made up mainly of his six children is a foundational group in the Black community.
Throughout the 80s Salah also established steelpan programs in several elementary and high school around Montreal and he wrote one of the most comprehensive books on learning music with the steelpan.
He has also established two advocacy organizations to promote steelpan music, as well seasonal events such as the Montreal International Steelpan Festival and the annual Classics and Calypso event.
For all that he has achieved and contributed, Salah gives credit to Montreal for providing an environment to do his thing as well as to countless individuals and organization that have assist him along the way.
“I have to thank my family first and foremost but all of Montreal who have been helping in this journey,” he says. But it’s important to acknowledge much still has to be done to keep pan (steelpan) on the move and I think this city is still the best place to keep building.