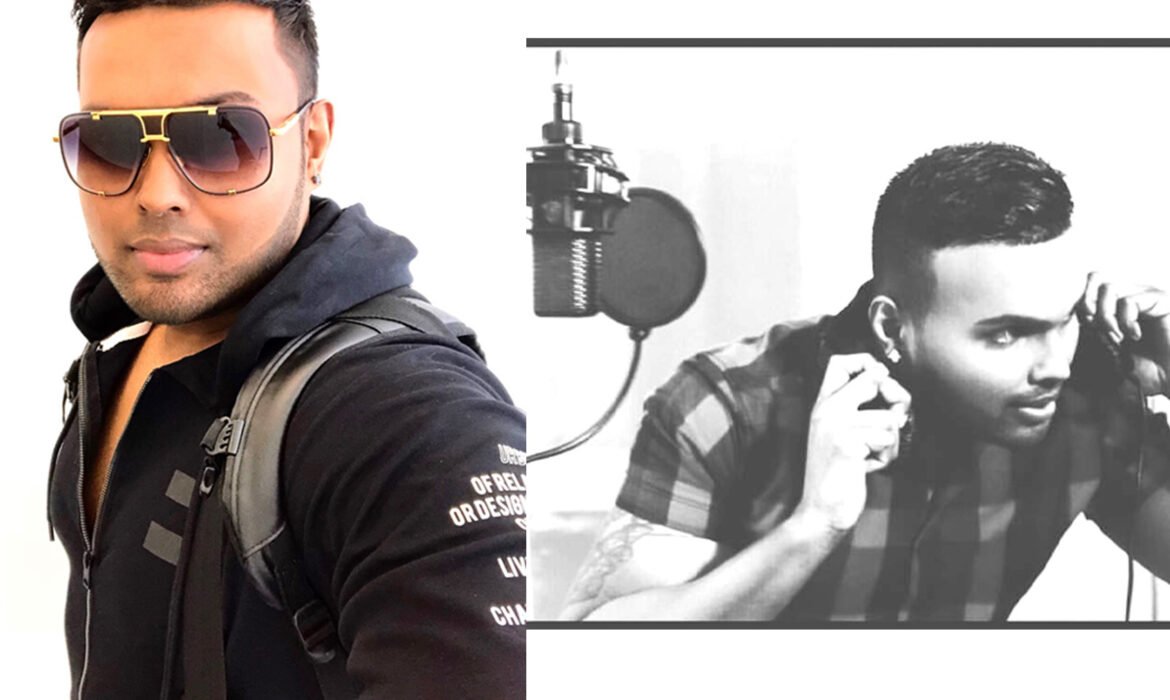 The call him Stemz: Michael Ramroop O’Sobrian is a hit-maker 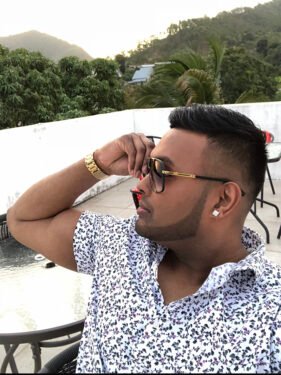 A few months ago, in the midst of the pandemic, we met Michael Ramroop O’Sobrian hunkered down in his studio creating music and building his musical brand.
As always, when it comes to his passion, he was driven.

“I’m in the studio at least six hours everyday. My focus is to emerge on the other side of this pandemic, with a lot more to offer not only to the T&T soca scene but to the wider global market.”

Well so said, so done.
On Friday, August 18, when organizers of the inaugural Tobago carnival announced that they were adopting the ‘Scarborough Riddim’ as part of their promotions of the 2022 celebrations, guess who is the man behind the beat and music that capture the sweetness of the idyllic island?
You’re correct….
It’s Montreal’s own, Mike, known also in the producing business by the name of his Montreal based production studio STEMZ, as well as Showtime in the days when he frequented the stage as a performer.
The ‘riddim’ he created is creating a stir on the party scene and on the airwaves in T&T, especially in Tobago.
And it has attracted some big-name soca stars including Tobago-born Sherwayne Winchester a former Soca monarch and Road March king, along with Zan and Adana Roberts, Kernal Roberts, Sekon Star and Chingee on the compilation album.
Winchester’s “To Be Gonian” and Zan and Roberts’ “We Reach” are the featured songs for the upcoming Tobago carnival ( October 28-30) that is being promoted across the Caribbean and around the world as a showcase of the cultural dynamism of Trinidad’s sister island and its approximately 61,000 inhabitants.
And as the music continues to takeover the twin island in these weeks leading up to the celebrations, Mike is grateful that things fell into place as easily as they did.

“So much of it has to do with the creativity and vision of Anthony Chow Lin On (Chinese Laundry) who heard the riddim, fell in love with it and immediately saw the potential in it, way beyond what I as the creator imagined,” Mike told the CONTACT in a recent telephone interview not long after coming back from T&T.

“ I must give him maximum respect for serving as executive producer and taking the time to see the project through. Most of all, making his vision a reality for everyone involved.”

In a Trinidad Express newspaper report, Chow Lin On talks about first hearing the ‘riddim’ from Chingee, an artist on his label and immediately knew that it had the potential to go big.
Mike said he also knew that he had a hit on his hands but because he hasn’t been performing, he handed the ‘riddim’ and the lyrics to the song ‘Come Nah’ to his business partner and close friend Chingee.
Once Chow Lin On heard it, he had Mike on a plane to T&T and together with Rishi Mahatoo of MAHA Studios, they collaborated on the final product, w 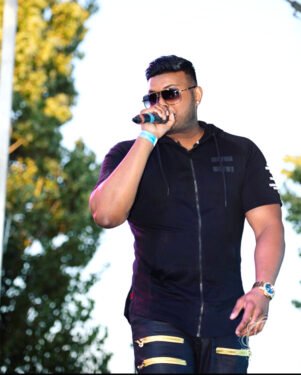 orking closely with Winchester.
Chow Lin On marveled at how much the music triggered a “Tobago-vibe” in him. Inevitably, he had to name it the ‘Scarborough Riddim.’
The famed producer added that it’s not just Tobagonians who are loving the line-up of hits on the “Scarborough Riddim’ compilation, music lovers from around the soca-world are also feeling the Tobago vibe.
For the hard-working Mike, the success that his ‘riddim’ has unleashed is not all together unexpected.

“It’s what I aim for with every piece of music I create so I’ve always been ready for this.”

He says as an emerging producer in a crazy and competitive arena, where there’s no one formula to create a hit, his aim is to be different and to continue to strive for creativity.

“Music has been my passion before I turned 10 years old, so I’m blessed to be doing what I love. My goal is to continue to make Stemz Production Studio a global name (he remembers that he was given the name Stemz by the recently deceased Soca legend Dexter Blaxx Stewart, who was always impressed with production work.)”

And building on the success of the ‘Scarborough Riddim.’ he and his business partner Shaquille “Chingee” Mark are making themselves available to aspiring artists “looking for a song and production that will take their career to the next level.”