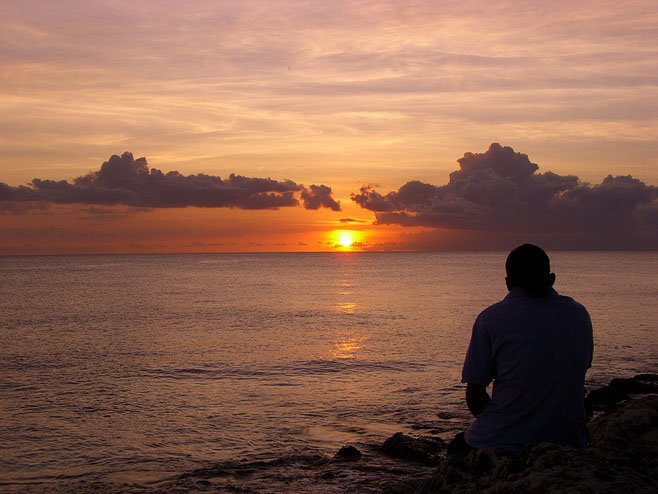 Given size of community, we’ve all known someone or heard stories of members who died alone in their home and whose body was only discovered days later.
Per a CTV Montreal January 2019 article: “An estimated one in five seniors in Quebec doesn’t have anyone to check in on them or call when they need help.” Statistics for our native-born Black and West Indian/Caribbean anglophone community are anyone’s guess.
Quebec’s aggressive French language (and culture) policies and push for separation from Canada resulted in an anglophone exodus—that included our children—our skilled, trained and educated youths, to other provinces or other counties. The more families are spread geographically…
Add divorce in the late 50s and 60s, bereavement, widowhood, a lifetime of solo female parenting, and lengthening lifespans to the mix. Throw in the West Indian privacy culture of “Ah doh want nobody to know meh business,” and one cannot but deduce that our community is worse off when it comes to loneliness and social isolation.
One of the inevitable consequences of retirement is the reduction of one’s social network and fracturing of bonds; diminished or loss of touch with friends and coworkers.
Loneliness affects health and well being—one’s mental and physical health. When it comes to seniors, an already vulnerable population—plagued by retirement unpreparedness, money problems due to inadequacy of retirement pension, ill-health, reduced mobility, pricey medication, feelings of worthlessness after a life of work, productivity and contribution, its impact is devastatingly worse.
Loneliness is linked to increased mental health issues, depression, alcohol and prescription drug abuse, personal care neglect, poor eating habits, increased risk of chronic health issues such as diabetes, and even early death.
A UK study found loneliness and social isolation were “risk factors for coronary heart disease and stroke.”
At the British Royal College of General Practitioners (RCGP) 2017 annual conference, Dr Helen Stokes-Lampard, the head of Britain GPs make known, “Social isolation and loneliness are akin to a chronic long-term condition in terms of the impact they have on our patients’ health and wellbeing.”
One of the takeaways from a British year long study of loneliness, the Jo Cox Commission on Loneliness is loneliness is a giant evil of our time.
The United Kingdom introduced a minister for loneliness in January 2018.
New research shows Canada’s elderly population is growing increasingly lonely and isolated.
Research by professor Norah Keating suggests immigrant seniors in Canada from non-European countries are “more lonely.” Clinical psychologist Ami Rokach says, “loneliness in seniors is a public health crisis comparable to obesity.”
As much as there are persons who enjoy being alone or don’t care for company—without being lonely, humankind is overwhelmingly social by nature. Humans have an innate need for company.
Reasons include fellowship, community, emotional comfort, a sense of security, stability, protection, self-esteem, a sense of place, a sense of value, a sense of appreciation— and sanity.
Last month the CAQ government announced $280 million for home-care in addition to the $1.5 billion the ministry already spends annually. Loneliness wasn’t a thought.
As a society, we cannot afford to wait for the government to come up with strategies to combat loneliness. We must do our part.
Rebuild your social network. Volunteer or join an organization or activity and enrich your life.

N Oji Mzilikazi is the author of Shards of Glass and president of the Council For Black Aging Community of Montreal Inc.