Lessons still being learned from the Ninth Floor 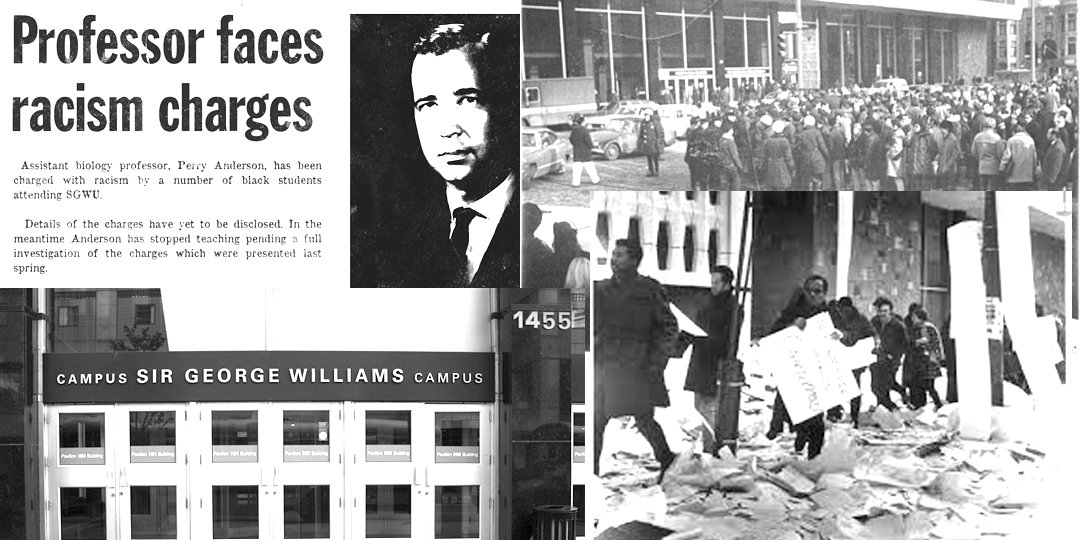 The Black Community Resource Centre will be screening the National Film Board documentary  ‘Ninth Floor’ on May 16, at 6pm at the Hall Building of Concordia (H110 auditorium), 1455 de Maisonneuve, where much of the historic events took place in 1969.
This will be an opportunity for a post-screening conversation for students who were attending Sir George Williams University now called Concordia as well as other Montreal universities  during the 1969  Sir George Williams University student sit-in to fully share with students today and other audience members their memories of this watershed moment in Canadian race relations that paved the way for other student groups to stand up and take a stand on issues of racism.
Since the Ninth Floor launched at TIFF last September, the film has screened at most of Canada’s top film festivals; enjoyed a screenings in theatres across Canada from coast to coast and  was named one of Canada’s Top 10 film for 2015. What was  evident at  these screenings is the degree to which many Canadians did not know of this  incident or how little is known of the crucial role that  Caribbean students  played in shaping Montreal, Canada and the Caribbean region.

Today, in addition to members of audiences saying “I was there…” calls and emails from former participants from across Canada, Trinidad, London, Jamaica, St Vincent, Guyana, Barbados as well as the US with other stories about what happened both inside and outside the university in the weeks leading up to “that day.”
The film has created a renewed interest in the subject. At a recent screening on Parliament Hill it was remarked that the lessons of the event was taught throughout the Caribbean.
Written and directed by Mina Shum, the 81-minute Ninth Floor revisits the infamous 1969 Sir George Williams Riot―an event that began quietly when a group of Caribbean students started to suspect their professor of racism, but ended in the most explosive student uprising Canada had ever known.
On February 11, 1969, Montreal riot police stormed the occupied floors of the Hall Building, now part of Concordia University, to end a student occupation. As fire consumed the university’s ninth-floor computer centre, a torrent of debris rained onto counter-protesters chanting racist slogans and scores of young lives were thrown into turmoil.
The film includes some of the original protagonists in Montreal and locations across Trinidad in a cinematic gesture of redemption and reckoning. 47 years later with the tables turned the subjects set the record straight—and lay their burden down.
It is hoped that many stories from February 11, 1969 still unearthed will be shared in the post screening talk back
For reservations call the call 514-342-2247. A free-will donation will be collected to defray the cost of the screening.