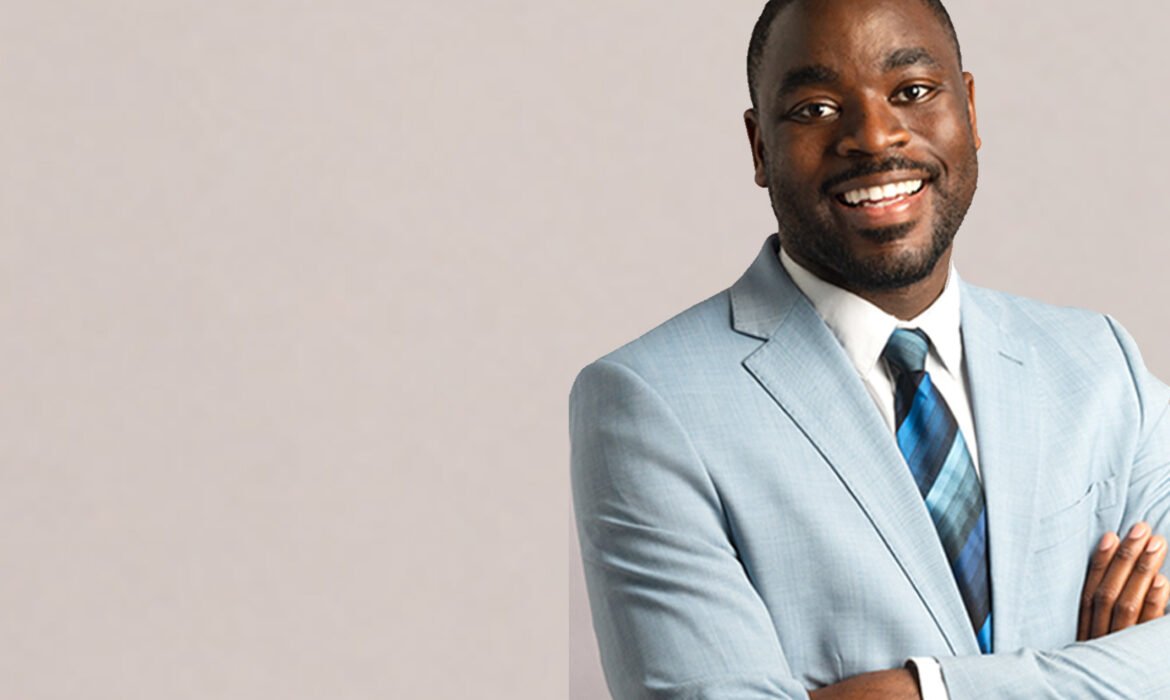 Many Montrealers might be familiar with his face and his reporting on CBC News, both radio and television, so much so that Kwabena Oduro is an emerging media personality whose focus on community and sports fuels his enthusiasm.
Following a stand-out stint playing basketball at Heritage College in Gatineau, Oduro had to choose between his enduring passion for the game and a career in the media.
Today, as he continues to hone his skill as a reporter and video-journalist at CBC, where he has been for the past two years, Oduro knows that he has made the right choice.

“I love the adrenaline which comes with the job,” says Oduro excitedly as he talks of his career. “I want to be the voice of the community and have kids say I want to be this person and it is possible.”
Growing up, all Oduro ever wanted was to play basketball. And he played it successfully throughout high school and college, where he was a star for the Hurricanes of Heritage College. Semi-pro or even professional ball might have been on the horizon.
But his shift in career path came when a friend who nudged him into journalism because he felt that Oduro had what it takes to excel in the industry and become a great media personality.
Oduro, who was born and raised in the west island, says becoming a journalist was always in his dreams so he took the leap of faith and studied television and radio production at Algonquin College in Ottawa.
But says he was unable to let go of his first love basketball, completely so he decided to enjoy the best of both worlds by being merging sport and journalism.
He started by becoming a sports commentator.
He got into the industry the old fashion way, by interning at Rogers Sportsnet as a broadcast associate, then worked for a while at TSN 1200 as a producer and in promotions at Bell Media Ottawa.
He then joined Global News in Montreal as a photojournalist then moved to CBC in 2020.
Oduro hopes his presence on television and radio would inspire more children from minority groups to believe that they too can make it in media .
Most of his stories are indeed about minorities in and around Montreal saying that he, “always looking for ways to give diversity a voice”.
He says also that even though there is still more work to be done when it comes to representation in the media, he points to steps that are being taken to ensure that marginalized communities are engaged in a positive manner.
He says by covering stories of success and positivity as opposed to only reporting on those that are negative is helping to change the attitudes toward the media.
Even as he continues to make his mark in journalism in Montreal, Oduro points to a few of his stories that he feels have been especially impactful.
They include one about a young player who was facing racism in the hockey team. He says that story touched him a lot because the victim and his mother eventually got justice.
Another one focused on paramedics whose work, he thinks were being taken for granted even though they contribute so much to communities and to society.
Oduro says he received a lot of positive feedback on that story especially from paramedics, who really appreciated the gesture.
Although it’s not why he’s in the business, he’s grateful that his work is being acknowledged in the fraternity. He was recently being nominated for a Dynastie Award, which recognizes excellence in the media.
He says the gesture means a lot to because it’s the first time he has been nominated for anything and as such, he was “overly happy because this is a validation of everything I have done so far.”