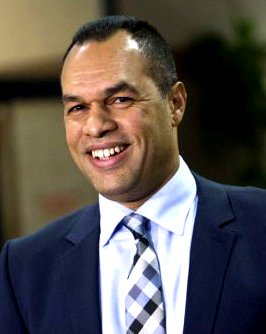 Jamaican-born Peter Sloly who spent 27 years with the Toronto police was recently named new police chief in Ottawa, the first Black person in the position.
Sloly, who served as a deputy police chief in Toronto where he forged strong bonds with that city’s racial minority communities, is assuming the helm of a force that is overwhelmingly white in its rank-and-file and among its officers.
He didn’t shy away from the issue of race in his first address to the people of Ottawa.
“I’m quite sure some people will judge me on my skin colour,” he was quoted as saying at the official announcement of his appointment at Ottawa City Hall recently. “But I’m actually quite sure most people will judge me on my character and my actions.”
A recent report shows that the Ottawa force is 80 percent white, including 77% of it supervisors, with about 13% of its officers categorized as visible minorities. About six percent are Indigenous.
In a city where about 25 per cent are immigrant, the relationship between the force and visible minorities has been strained for many years.
Police officers have been accused of abusing their powers when dealing with members of the Somali community and other Blacks, as well as Muslims and other visible minorities.
As such, much is expected of Sloly who comes into the job with an admirable track record on the issue while serving on the T.O force.
The 53-year-old who immigrated to Canada with his parents in 1976, represented this country in soccer at the Under- 20 soccer level .
He is set to assume his duties sometime in October.