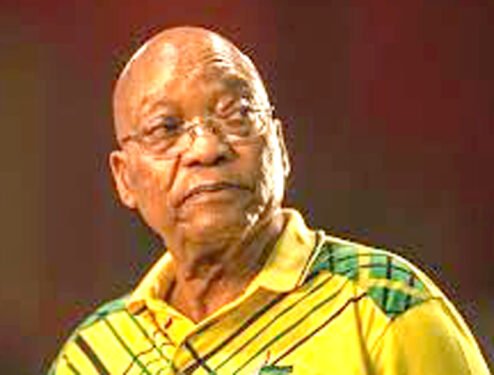 The former South African President, Jacob Zuma, was sentenced on June 29, to 15 months in prison for contempt of justice, after multiple attempts and schemes to avoid testifying in investigations into state corruption.
Jacob Zuma, 79, who said he had no fear of being arrested, convicted, or imprisoned, now has five days to surrender. Otherwise, the police will be allowed to pick him up from his home to take him to a prison where he will begin serving his sentence.
“The Constitutional Court has no choice but to conclude that Mr. Zuma is guilty of contempt of justice,” said the highest court in the country. “A majority of members, the Court orders a prison sentence for a period” of 15 months, said Judge Sisi Khampepe.
Mr. Zuma is also being tried for a bribe case that is more than 20 years old. He is charged with 16 counts of fraud, corruption and extortion related to the purchase of military equipment from five European armaments companies in 1999, while he was Vice-President.
He is accused of having pocketed more than four million rand (or nearly C$350,000 at the current rate) from French Thales, which was one of the companies awarded the juicy contract with a total value of about €2.8 billion (CAD $4.2 billion).
Jacob Zuma, who is believed to have little personal fortune, has also been sentenced several times in recent months to pay, out of his personal money, his legal costs estimated at more than CAD $2 million.

Neither Apple’s Siri, Google Home, Amazon’s Alexa, nor any other speech platform can hear or respond to a single African language, but as speech interaction gradually takes over basic functions from typing to touch, the non-profit Mozilla—which created the free web browser Firefox—is working to bring voice-integrated technology to the continent.
Mozilla’s Common Voice platform, which receives support from the German and UK governments, as well as the Bill and Melinda Gates Foundation, is an open-source initiative that’s already creating voice datasets for Kiswahili—a language spoken in Rwanda, Burundi, Kenya, Ugana, Tanzania, and South Sudan.
Most voice datasets used in voice-activated software are siloed, meaning they are contained within a very small number of companies, stifling innovation. Common Voice wasn’t started exclusively to serve Africa, it merely wanted to create an open-source platform to enable voice-activation tech in any of the 7,100 “living” languages currently spoken. To date they’ve recorded more than 9,000 hours of audio from 160,000 different speakers of 60 different languages