Advertise with Us
Home Opinions American Media’s Deception of Objectivity 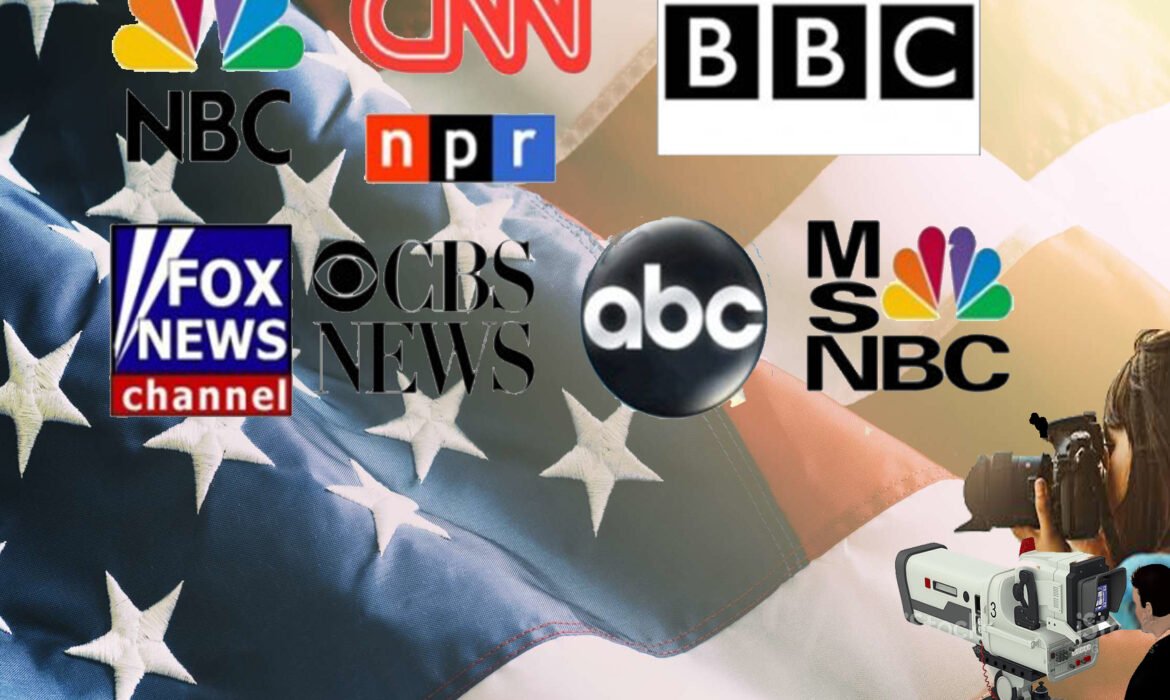 It’s no secret that today’s political world, especially in the United States is tense and cut-throat. Political leaders in that country preach for unity and understanding but the masses aren’t willing to set their differences aside. It seems as if the nation had put a barricade in between the public separating half the country on one side while relentlessly mocking the other. What causes this animosity? How can a country be so divided?
Well, one may look no further than the media conglomerates such as Fox News, CNN, and CBS News, all giants of the industry promising objective news that sheds light on the facts and not personal agendas in favour of the Right or the Left.
But as these companies continue to thrive in the competition for ratings, more separation will occur throughout the foreseeable future.

The fourth and final quarter of 2020 saw Fox News on top of the news network ratings while MSNBC and CNN trailed in second and third. This is worrisome, as all three of these channels have been consistently criticized for pandering to their political leanings.
The combined networks have an average of 7.56 million viewers (on cable) on a week day and those numbers are sure to go up substantially when taking into consideration YouTube, social media, and websites that belong to them. Considering these figures, one can imagine how much attention the three get when a nationwide or global story of significance breaks.
Political affiliations are the issue at hand. Media stories concerning figures such as Donald Trump and U.S. President Joe Biden, are certainly going to interest the majority of the population who will inevitably pin their opposition when the information gathered, is purposefully chartered to the intended audience as they side with their political affiliations.
The practice of not giving accurate depictions is common within the media in order to push their narratives, while each preaches to their respective choirs.

The tired shtick of the liberals trashing Trump for seemingly every misstep no matter how trivial ,should be met with more pushback and conservatives need to be reprimanded when painting left-wing personalities like Bernie Sanders as mischievous socialists without proper arguments. This goes beyond Fox and CNN. This should be the rule that every news-outlet should live and die by.

Unfortunately, this is nothing more than a pipe dream. If networks would disclaim the type of content and beliefs they plan on presenting before each broadcast, there would be no trouble. The people then, could choose what type of content they were consuming. But because networks don’t do so, the average viewer won’t go the extra mile to question what it is that they’re watching.
New regulations are needed to keep honest, unbiased programs that inform without creating friction.
The false narrative that media outlets are objective is simply manipulative and should be banished by those who regulate the American airwaves.
They need agencies that can make change in the name of honesty. Otherwise, the solution would be to create a public-funded network similar to the BBC and the CBC, who will keep news as objective as possible.

Anchors, analysts and broadcasters have to remain neutral and tell stories that provide facts and figures straight, or bring an outside participant who will have the platform to give their opinion on the topic in question.

News channels should represent the people…100 percent. Not half of the population who buys into their point of view.
Nothing speaks more than facts and figures and when it comes to polls on public opinion.
According to research done by the Pew Research Center, the gap in the trust is massive depending on an individual’s political leanings: “CNN is trusted by 70% of self-described liberal Democrats but by only 16% of conservative Republicans. Fox News is trusted by 75% of conservative Republicans but by only 12% of liberal Democrats.
All these signs point to the belief that major news networks are responsible for the divisive climate in the United States.

As the years roll by, more people are catching on to the make-believe nature of primetime news. The growing scepticism is obvious, but the fact remains that the vast majority are blind to the tricks of media who profit on attention and outrage while claiming to be objective.
It is only right that this is put to a halt and those within the industry face their wrongs for the country’s sake.