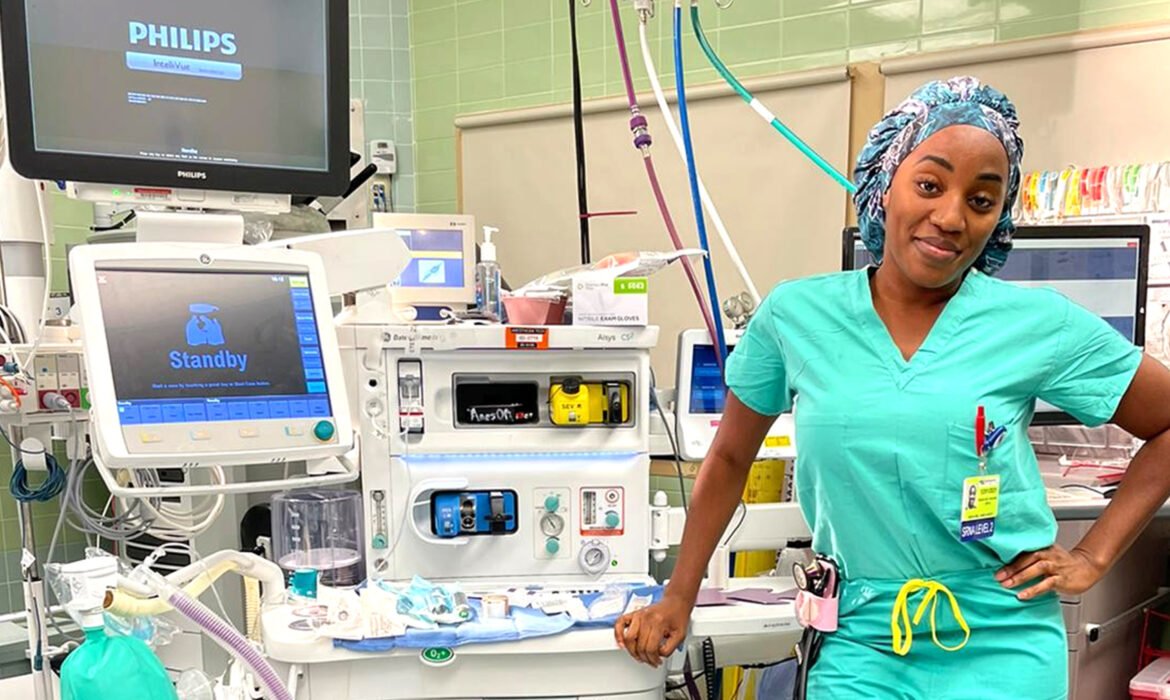 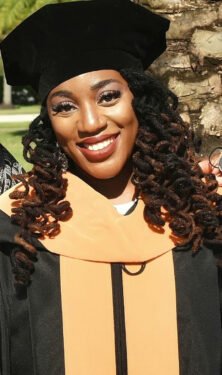 As with most first-generation children, Aisha Hunte, focused on her books and worked hard to be an all-rounded individual, at school, play and everywhere. Many Montrealers will remember her as a principal dance with the west Can Folk Performing Company, as she has been for many years.
Well now she is Dr. Aisha Hunte, having recently completed the Doctorate of Nursing in Anesthesia Practice at Florida International University earning her PHD and positioning herself to her treasured career to a different level.
The journey has been a long and exciting one, which she shares with the CONTACT through a virtual interview.
Born and raised in NDG, to Trinidadian parents, Hunte did well enough in high school to get her into Varnier college. It was while here doing the health sciences program that her passion for nursing was spawned.

“I went to a math and science high school, but I didn’t really know what I wanted to do. I just had been always doing advanced sciences, advanced math, and all this stuff that was just the norm because that’s what the school had,” Hunte explains.

“After that I went into to Vanier College into the health science program with again still no idea of what I wanted to do but just followed it through and one day I decided to figure it out. I didn’t want to just stop at like a three-year career program. I wanted something where I’ll be able to go to university. So, with that research I kind of came upon courses like respiratory therapy and then I found nurse anesthesia. I remember reading the pamphlet about nurse anesthesia and thought that this sounds so incredible and to me it seemed like a really good career.”

She followed through by pursuing a Bachelor of Science in Nursing at University of Ottawa and then a Master of Nursing at University of Toronto. After that she worked in pediatrics, neonatology as well as in the ICU.
With a young child, Hunte pushed herself to work and as she kept on, the urge to do an anaesthesia program became even more intense.

“There was always that itch, I kept looking at the anesthesia program in the States and I kept looking at all the different schools and I was researching schools and seeing like how I can figure out a way to go there but still live in Canada but work in the US and do this program. That’s when I started working on my US license. I studied for months and months for that exam and eventually was successful. So, then I was officially licensed to practice in the US.”

She initially landed in Texas where she got a program that offered her a green card but after a short while she chose to move to Florida where the program was available and was somewhat closer to Montreal.

“There were quite a few anesthesia schools in Florida. I started doing prerequisite classes that I needed. I applied only to one school. I applied to one school, and I got in on my first shot and that was really surprising. I was trying to figure out how I’m going to do all this. So, by the grace of God really so many things aligned. I got accepted into the school. I found a job in Florida that agreed to do my green card and the timing was just immaculate for everything so. We moved all the way to an area in Florida called dealt Deltona, that’s not so far from Orlando.”

She enter Florida International University in January 2019 and pushed herself to work hard and smart.
As the pandemic gave the USA and the world a beating, she was caught in the midst working in hospitals where she got a closer look at US healthcare system and how it contrasts to Canada.

Accessibility to care is a critical issue , she says.

“The two health care systems both have their flaws and strengths. In the States, the focused is on the business and making money,” is the way she sees it. “I’d say he biggest flaw in the Canadian healthcare system is accessibility. And the US has kind of countered that by creating different levels of providers to assist with shortages …. anesthesia is an example.”

She says whereas in Canada there are shortages because they do not have enough urgent specialty providers like anesthesia providers the US kind of circumvents with a certified registered nurse anesthetist provider a highly trained health professional who can also deliver that critical service
Presently, Hunte works at a plastic surgeon’s practice which she says is much easier on her mentally at this time.

“You see in the ICU or hospital the patients are sick, while with plastic surgery the patients come in well and this makes it easier to deal with.”

Hunte holds a range of certifications and licenses including as a Registered Nurse, State of Florida; CCRN Certification and is affiliated to the American Association of Nurse Anesthetists (AANA) and the Florida Association of Nurse Anesthetists (FANA).
She encourages those interested in Nursing or health care to “venture out” see the world and explore avenues where they can pursue the career they want.