Advertise with Us
Home News Community News Elections 2021: They’re Off 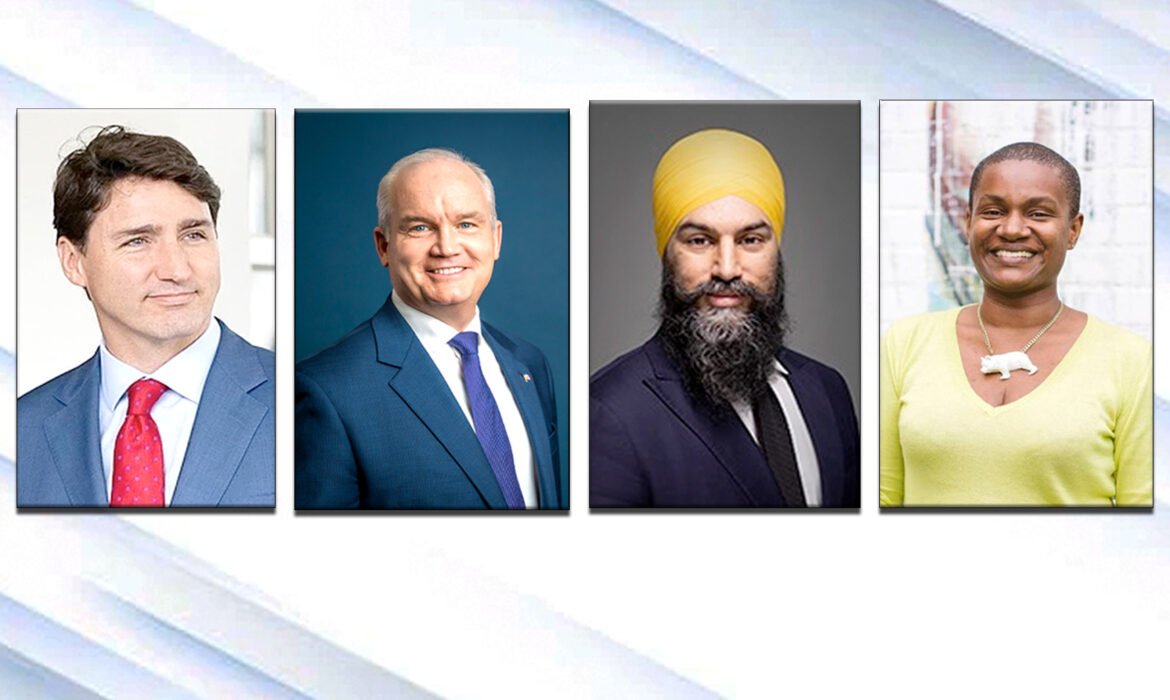 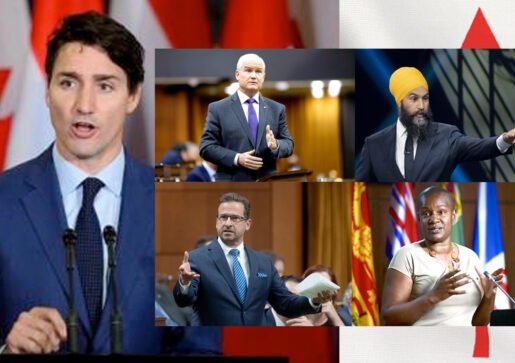 Two weeks after Justin Trudeau sent Canadians to the polls for an election on September 20, he is yet to catch his stride as he positions himself for a run at forming a majority government.
As it appears none of the other federal political parties, the Conservative, the New Democrats (NDP), or the Green want to make it easy for Trudeau and his Liberals.
When on August 15, Trudeau visited newly installed Governor General Mary Simon and asked her to dissolve Parliament, his minority government held 155 seats while the opposition Conservatives held 119, the Bloc Québécois held 32, the NDP had 24 and the Green Party, two. Five members were sitting as independents.
Trudeau needs 170 seats to get his majority.

But as the campaign gathers steam, Liberal supporters might be going into September a little apprehensive as they watch the massive lead that the party held in the polls before the elections were dissipating rather quickly.
Just as concerning is the fact that both Erin O’Toole, leader of the Conservative Party, and Jagmeet Singh seem to be finding support with Canadian voters.
Although none can match Trudeau’s popularity as the one most favoured as prime minister.
The Liberal leader went into the elections riding high on the accomplishments of the governing party in handling the pandemic and taking care of the financial well-being of Canadians.

He also has been exceptional on the bread-and-butter issue of childcare by striking deals with several provincial premiers and nudging Canada close to a nation universal $10-A-Day childcare program.
Quebec especially has been very receptive to Trudeau’s overture on the issue. The province already has an affordable program in place and has been only too happy to take the money offered to use at it sees fit.
For that Justin Trudeau is hoping that Premier Francois Legault will sit out this election and not provide a boost to Yves-François Blanchet and the Block Quebecois by picking unnecessary fights with the federal government.
Of course, by the Liberal leader’s estimation, the easiest path to a majority is through some of the suburban and rural ridings in Quebec. And his effort may be bearing fruits because the party is indeed making up grounds against the BQ.
However, the Canada-wide picture voters will maybe have to wait for the debates in early September.
Conservative leader Erin O’Toole may have already won his election campaign because of the fear he injected into the Liberals.
Coming from double digits down in the polls and for the most part unknown to Canadians, he has his party running next and next with the governing party and threatening to be a spoiler without offering much in terms of policies.

The NDP’s Singh is equally heady about the campaign so far. Always a people’s favourite, he continues to position himself and his party as the ones most concerned about getting a chicken in every pot as well as milk, bread, and eggs on breakfast tables.
His pharma-care plan will no doubt continue to earn him lots of points from Canadians.
Poor thing Annamai Paul, the leader of the Greens, who from day one appeared to be estranged from the people she aspired to take top the next political level.
It was never looked like a good fit, between the two. She says it might be because she is a Black-Jewish woman.
It might very well be, but over the past three months, Green Party officials have been trying to ditch her at all cost… taking away funding from her office expense, firing some of her staff and in the election call cutting off probably all sources of spending.
The other leader in the race is Blanchet who has been making known over and over again, that he and his party stand for every thing that contribute to the growth, development of Quebec and Quebecers and against anything that’s appears to be against the province.