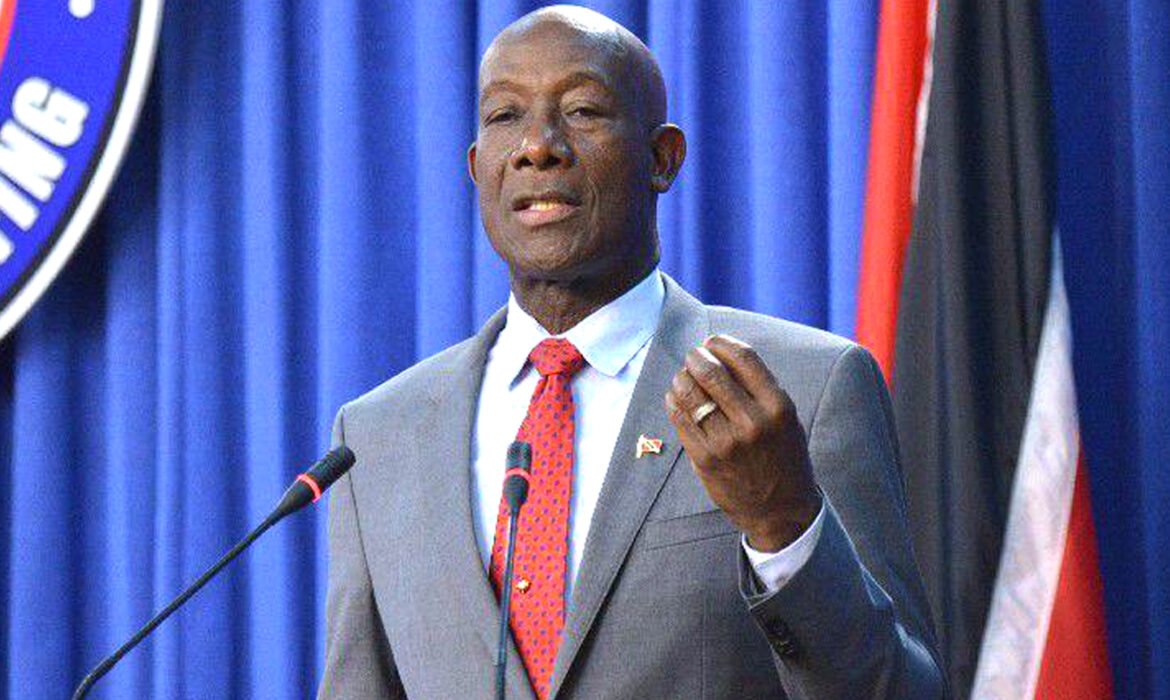 On Tuesday April 6, Trinidad and Tobago Prime Minister Dr. Keith Rowley tested positive for Covid-19 a few hours before he was scheduled to take the Astra Zeneca vaccine on the island of Tobago where he was spending the Easter holidays.
Dr. Rowley, 71, started exhibiting flu-like symptoms a day earlier and received a precautionary test.
His positive diagnosis adds to the 217 active cases on the island as of March 8.
Also a total of 142 Trinidadians have died from the virus since March 12, 2020, when it was first discovered in T&T.
Dr. Rowley’s positive test places him among a growing list of world leaders who have been stricken by the virus including then US president, Donald Trump, last October, whose administration made a point of attempting to downplay the seriousness of the virus.
Trump however, made a spectacular recovery a little over a week after his diagnosis, thanks to a battery of experimental treatment from his presidential medical team.
Similarly Brazilian president, Jair Bolsonro, another COVID-19 hesitant leader was struck down by the virus last summer in the midst of the still exploding outbreak that is debilitating his nation.
Close to 13.5 million Brazillian have so far been sickened by COVID-19 with about 350,000 deaths.
Another high profile victim of the virus is Britain Prime Minister Boris Johnson, who last spring had a major bout with the disease that has afflicted close to 4.5 million Brits and killed more than 126,000.
As of April 1, 2021, there was an estimated 131 million cases around the world with about 2.5 million fatalities.
Other global leaders listed to have tested positive with COVID-19 include: Prince Albert II, of Monaco, Emmanuel Macron, president of France, Alexander Lukashenko, president of Belarus, Jean Anez, president of Bolivia, Boyko Borissov, PM of Bulgaria Andrzej Duda, president of Poland Juan Orlando Hernandez, president of Honduras and Alberto Fernández of Argentina