Advertise with Us
Home Special Features Cruising to the Panama Canal: DAYS AT SEA

Cruising to the Panama Canal: DAYS AT SEA 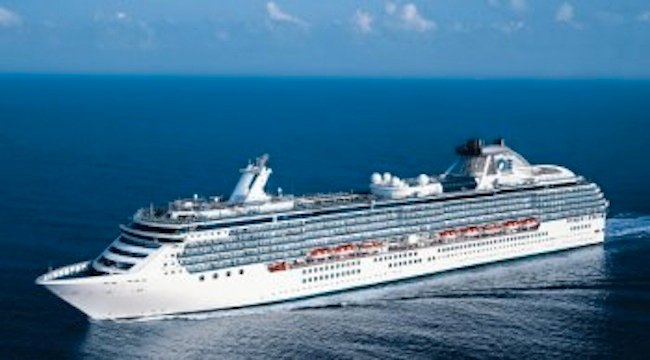 It’s always exciting for me watching these big, magnificent islands called cruise ships maneuver out of tight spaces, and this one, the Coral Princess is no different, as it pushes itself ever so slowly sideways to clear other ships and then move forward out of the beautiful cruise ship port of Los Angeles towards the ever dark-blue Pacific Ocean heading for our next destination, Los Cabos, on the coast of Mexico.

This is the playground of celebrities and rich people from the U.S. and Canada. However, before we get to Los Cabos we have two days at sea. This is when the socializing starts, as now you will be greeting people and saying hello, good morning or evening, much more easily as one has already been on the ship for the past five days.

Faces become familiar and small conversations are exchanged. First-time cruisers don’t be shy to converse as you can meet very interesting people. In our case, we met the usual retired doctors, CEOs of well-known companies, and an Air Force lieutenant pilot who told us that he is going to see the world by ship as he has done so by air. The part he omitted to tell us his wife chimed in, informing us that he sold everything: the home, the small farm, some furniture, and the rest of the household items he put in storage, all done under her feet.

She said that she had gone to spend some time with her daughter in another city and when she returned she was told the “good” news that everything was sold and that they would be on a cruise ship or 2 touring the world, and that “the journey begins September 25th. .”

Folks, this is a true story, the madam looked like she was in a trance as she spoke in this monotone voice as he kept interjecting: “But honey we will be seeing the great white sharks and the famous reef of Australia…” and he rattled off tons of other countries that they would be visiting. She just kept repeating, “He sold everything…”

But, speaking about Australia, our best set of friends on the cruise were Australians; two different sets according to Ann. One set, husband and wife, was for the daytime activities and touring; the other set, husband, wife and best friend, was for drinking and late night hanging out.

We met them at the bar controlled by Jean Bartender from Westmoreland, Jamaica. I will tell you more about them as we go along.

Always keep in mind that the days at sea are when you’re literally cruising, the ship appears to be not moving and this is purposely done so that you can be bombarded with on-board sales pitch. There are T-shirts, gold chains sold by the inch, jewelry – both fake and real, art work costing thousands of dollars, all for you to spend and spend…

There are also tours of the ship, bingo (one must purchase the bingo cards) of course, the casino and the liquor store with all types of booze that you are not allowed to drink on board. Don’t overlook the spa and much more. As I said before, apart from your cabin and food paid for with the price of your ticket, there is nothing free. Cruise ships charge for everything. Don’t be fooled when you see a sign stating something like “free acupuncture and medical consultation.” When they finish with you this freeness usually ends up with you buying something you did not need or want in the first place, but your curiosity and cheapness got the better of you. It is so easy to fall for their spin.

Remember, whenever you hear “What is your stateroom (cabin) number/” you know that a charge is coming, and you will be paying for something. Don’t be afraid to question the charges before you commit yourself to use or buy something because you would not want to end up at the end of your cruise with a hefty bill when you will have to mortgage your house. Remember, you can track your spending before the end of the cruise either by asking at the hospitality counter or by using the automatic terminals. (Overheard coming from a lady as she signed her life away – a whopping $800. Internet fee. The only thing that they did not charge me for was the air that I breathe.”

I laughed at first, but honestly I felt sorry for her. The gist of this is to be careful how you spend your time during your days at sea.

Apart from the food of course, my other favorite thing to do is to take in the shows in the main theater. It’s usually a Vegas-style colorful presentation; we hit the jackpot with one of the main artistes, Bobby Wilson, the son of Jackie Wilson, who is a carbon copy of his dad with the same hairstyle and body movements. He does a tribute to his dad, the late great Lonely Tear Drops-Jackie Wilson, entertaining us for a full 45 minutes portraying Elvis and other greats of that era. He sounded real good.

The kicker was that when he started as a young man in the US Air Force he met a man who turned out to be the father of Bruno Mars, the Grammy winner and the Super Bowl Halftime entertainer.

Bobby Wilson went on to relate that after his stint in the Air Force he stayed in Hawaii and worked as a singer with the Mars family for six years before going on his own and remembers Bruno as a little boy running around. He still remains good friends with Bruno.

Always take in the shows, partake in the Karaoke it’s a lot of fun, go to the comedy nights, visit the different lounges with their various themes such as the likes of London pubs etc, The key is participation and to find out what’s happening and where and at what time. There is a daily schedule of upcoming events and entertainment for the day. This booklet is placed at your cabin door every morning. Remember you can stay up late and sleep in the following day because you will still be at sea the next day-no places to take a tour or get off the ship.

Also, there were two bands from the Caribbean that had the ship jumping. The band from St Lucia called Icon plays top 50 songs, and the young female singer was really sounding great., she had the crowd moving pool side. We preferred to hang out after the late shows with another group from Barbados called Rhapsody, piano, drums, bass and a singer with a voice   to die for by the name of Brian Carter, a real entertainer, his show was always full house, and he had his followers, in particular there was an Asian couple trained in their dance moves that never missed the band’s performance. The singer always gave them a shout out and some of us looked forward to see their professional moves doing the mambo, tango etc, I can depend on Princess Cruises to always give me a surprise like those two bands.

Another novel way that the ship introduces you to get familiar with the ship is the Treasure hunt. Every cruiser as you come on board is given a card with various places of the ship’s interest listed on it such as the photo and video, the internet café, the Crooners Bar, the boutique, the florist, the fine arts, the Princess shopping host, the Lotus spa, the casino and the Italian Restaurant-Sabatini.. You have half an hour to run around and find these places, at each stop there is someone to stamp your card to prove that you located the place, the winner gets $1000. So you can well imagine the madness on deck with everyone running around trying to win the loot. This was a lot of fun with everyone participating.

The formal nights are also nice, even though nothing spectacular to do but meet the Captain and the crew and take your own pictures with your own camera or pose with the Captain and have your photo taken by the ship’s photographer. These photos are then sold for $20. After one such formal event, walking back to our cabin towards the elevator there was a couple walking before us with the lady being held up by her husband. This had me thinking maybe she had a little bit much to drink, We all got into the elevator and standing behind us she said “Oh my puppies are crying”   Being animal lovers we both looked at her thinking she must be missing her dogs or something, only to realize that its her feet she was referring to because she commented “I haven’t worn these shoes in years” Well, our concern was soon forgotten and we all had a good laugh, that’s what cruising is all about.

Putting fun aside, on the Princess there are sanitizers everywhere, and the crew is always wiping the stair rails etc. Be conscious of your health and use those sanitizers and avoid holding hand rails as much as possible and use those elevator buttons with your knuckles.

Days at sea could seem long but if you participate and enjoy the activities apart from the eating the days will be filled.

So the key is word is participation, until next issue where we will be stopping at the playground of the rich and not so rich – Los Cabos, Mexico Walk good