On Sunday, February 21, BCRC hosted the Standing on Their Shoulders video launch at the Georges Vanier Cultural Centre. The event was a huge success with a capacity crowd in attendance.
The 26 youth involved in the project worked diligently for months hard for months on the project creating 20 videos, on topics like the NCC, Rockhead’s Paradise, Reverend Este, Jesse Maxwell-Smith, and the Domestic Scheme.
To tell these stories, they used their wealth of talent in areas like dance, poetry, spoken word, acting, journalism, and more.
Organizers say it was “inspiring to see so many familiar faces in the audience, of people who appeared in and encouraged the video-making process. Dozens of elders opened up to us over the course of the year for Standing on Their Shoulders, providing photographs, stories, memories and valuable information. Thank you for entrusting us with your history, and for taking the time to share with us.”
And added “ Without the people who made history in Little Burgundy, we would have no shoulders to stand on.”
The Video project will next be hosted by Concordia University’s Faculty of Arts and Science between March 7-16th, on Monday to Friday 10:30am-4: 30pm at Concordia University 1455 de Maisonneuve Blvd. West LB 671.00
Info. (514) 342-2247

IN CONCERT
The soulful Denis James coming back to the stage

After being out of 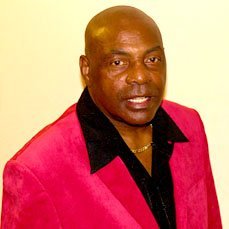 the limelight for an extended period, three-time former Canadian Calypso Monarch Dennis James (in 2014 he was also a finalist in the Calypso Monarch Competition in his homeland of St Lucia) is preparing to hit the stage again. He’s recharged, energized and ready to go.
So on Sunday, March 20 he’s coming back with force to “throw it down” at the Cote-des-Neiges Cultural Centre, where he will perform his new repertoire of gospel and contemporary songs, as well as some familiar oldies.
And he’s promising all those who plan on coming out “a fantastic show.”
Also on stage that night will be singer-songwriter, Jenny Noel and ace saxophonist Julian McIntosh.
Spring is in the air; the days are getting longer, so throw off the winter gear and turn out for this first of many shows to come as the weather warms up.
It takes place Sunday, March 20 at 6767 Cote des Neiges, Suite 602. Showtime is 6:00 p.m.
Advance tickets $15; $20 at the door. Tickets available at Ghost Coiffure, 514-731-6342; Caribbean Curry House, 514-733-0828; Caribbean Paradise, 514-363-8080.
Info. at 438-937-1924.

Evangelist Bridget Blucher on April 16
It’s always a special day for Caribbean gospel lovers when Evangelist Bridget Blucher comes to town. She will be here on Saturday, April 16, 6 p.m. at the House of Prayer for All Nations, 4119 Blvd. De Maisonneuve Ouest.
As usual Montrealers can expect a full evening of rousing gospel music as the evangelist will be joined on stage by a lineup of Canadian gospel stars, including The Chitans, Nicolette Priscilla Findlay, Penny Charron and Mark Henry & The Blessed Band. It’s a special presentation of Hands of Blessings and One Accord Promotions.
Info. Huelette (438) 345-2097 Judy (514) 249-6432.

The Duchess here for Truth or Dare
The biggest Caribbean Fete & Aries Bash is back!
This year, Truth or Dare celebrates Ledon Anthony G Aries Birthday Extravaganza in a big way. The Duchess, one of the Caribbean’s most popular DJs out of T&T, will be there at the Catalogna Lounge, 775 1st Av. Montreal, Lachine, on Sunday March 27.
Purchase online at www.truthordaremtl.eventbrite.com
Princessa (514) 595-4894, Exclusive Styles (514) 227-5633

This year, the 27th Annual Tea Party hosted by the Caribbean Pioneer Women of Canada has been pushed back a couple weeks due to renovation work at the venue.
The signature event that signals the coming of summer will take place on Sunday, July 10 at 4 p.m. at the Centre Loisirs, 1375 Grenet Street, Ville St. Laurent.
As usual, there will be a rousing featured address, which will be punctuated by non-stop entertainment and activities. A full afternoon of fun is promised. The organization is also hosting its Annual Winter Getaway at a 5-Star Hotel & Casino- Hotel Manoir Richelieu in Quebec City. It includes 1 Dinner & 1 Breakfast.
Departure date: March 18th, Return Date: March 19th. Contact Thelma for info: (514) 744-5216 or (514) 624-1590.