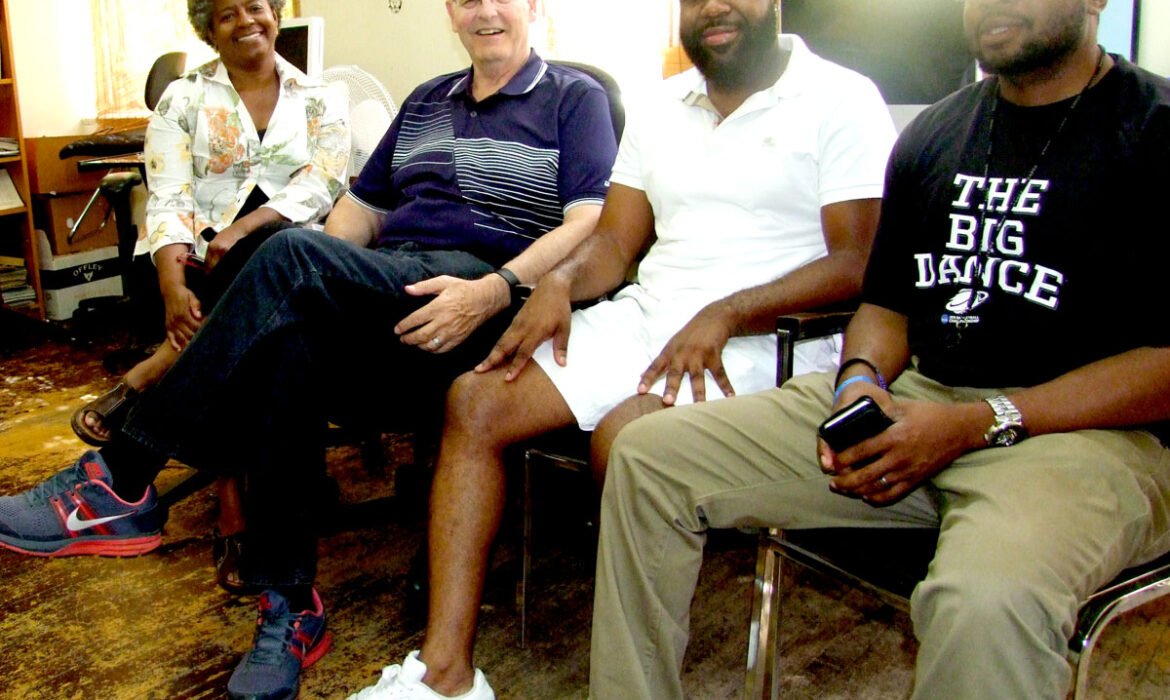 The place for those working towards high school diploma

Call it the little school that could.
It has no name, just two teachers, one or two administrator and a handful of students all joined together in the pursuit of making dreams come true.

The initiative is called the Community Academic Achievement Program (CAAP) and it’s operated jointly by the Cote des Neiges Black Community Association and the EMSB..
Kidel Reid, is the  education program coordinator.  He says although they are just offering classes in French and Math, the  school  is a viable pathway to getting a high school diploma.
It’s located at 6585 Cote des Neiges Road and has places for 12 students in the two subjects taught by teachers provided  by the school board. Classes are offered on Saturdays and when necessary and childcare services are offered.
Reid says the target candidate for the CAAP program “must have status in Quebec, be financially challenged and  occupied during the weekdays with work or their kids, and has the desire to further their studies.”
He insists on one thing: “all students () understand that failure is not an option.”
Reid says after just one year the fledgling program is already seeing some marginal success with  a few students  successful in the French provincial examinations.
The driving force behind the initiative is Ben Fagan an educator for well over 40 years  and recently retired principal of Montreal High School.He is well known across Montreal  for his contributions to  the  education of some of society’s most challenged individuals  at schools at Shawbridge Youth Centres , (which became part of  Batshaw Youth and Family Centres,), the Montreal Association for the Blind  and the MacKay Centre.
“The objective is to take away all the obstacles that prevent certain students from attending the classes,” says Ben Fagan,
While at the vHigh vSchool of Montreal he observed the “complicated circumstances” that prevented many immigrant women from  attaining their high school diplomas so he went to his went to his bosses at the EMSB and pitched the idea of a school in the community.
“School is hard for some people to attend…” he says. “It’s hard for them to go to a place where they  can’t relate to their surroundings or where they think  everyone else is smarter than them.”
The difference at this school, he says, are the two community based teachers, Douglas Bartley (Math) and Carole Dadaille (French) who can relate to the many issues that touch the students.
Dadaille, who is an the tail end of an illustrious career as an educator  says teaching French to the students affiliated with CAAP  over the past year has been a “pleasure” because vof the opportunity it offered her to meet and connect with some extremely nice people.
She says such has been her connection to students that’s it’s unusual for her to get to those classes early and leave late so as to spend some extra time with them.
For now financing is not too much of a problem because according to Fagan the school board remains committed to  supplying as many  teachers on as many days as needed by the program.
“As long as there are students we’ll make sure that there are teachers to teach them.”
Former McGill University basketball star, now community worker Denburk Reid is also committed to making the project work.  But he says it’s up to the community to grow the program to its fullest potential.
“As individuals and in  organizations, we all know someone who can benefit from using the program to complete their high school,” he says. “We know also how important education is in helping people build a good future for themselves.”
Kidel Reid has lofty aspiration that sees well beyond  this project.
Hev says the hope is that it will lead to us having a community based school offering  the core courses that lead to a high school diploma.
The CAAP classes start on September 24th.