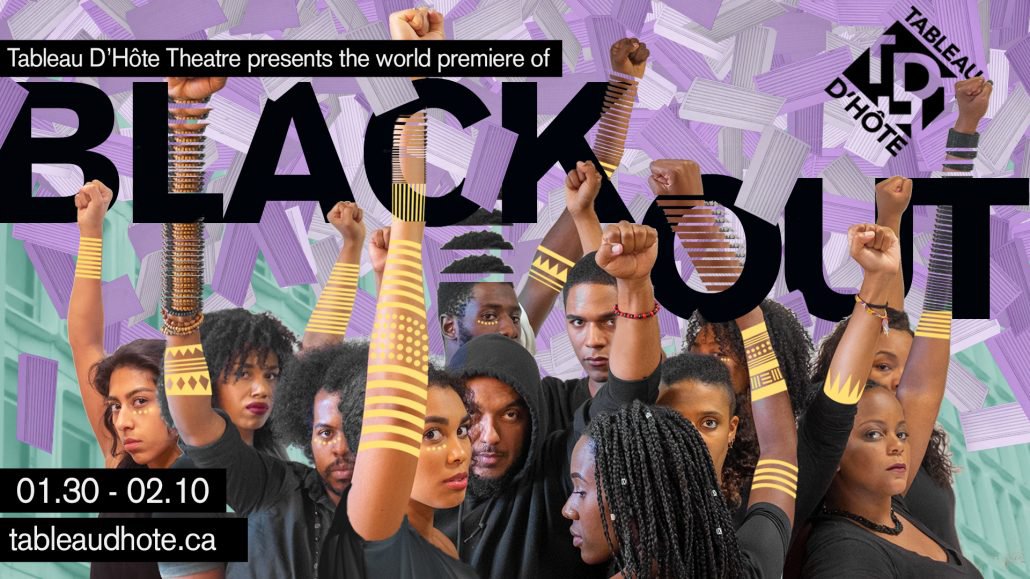 A dramatic creation and interpretation of the Sir George Williams Affair

Blackout is an appropriate title for this new interpretation of the Sir George Williams Affair.
Of course there is the obvious meaning of blackout: the loss of electrical power, but there is the further connotation of the “unconscious,” oblivious to reality, that makes the word choice most interesting in this case.
The late 1960s was a period of unrest and dissatisfaction on campuses around the world, and Sir George Williams (now Concordia) and McGill universities were no exception. Blacks on campus were hosting conferences, symposia, and guest activists from the USA and the Caribbean.
Just three years ago, we were treated to a brilliant – warm and human depiction of the same 1979 participants in the protests, in the form of the documentary Ninth Floor. Black Caribbean students’ complaints of grade discrimination were not taken seriously by administration, and violence and destruction ensued.
Now, Blackout, a new, live, dramatic creation is an exciting artistic experiment. Staged by Tableau d’Hote Theatre, this young company seems to relish challenge, as they have tackled traditional interpretations of history and memory in their relatively short existence through the diverse lenses of their troupe.
They state on their webpage that their “upcoming season encourages audiences to see the world differently by examining what we choose to remember or forget, and who society tries to erase along the way. How does memory guide and shape the lives we live, and how can we harness the stories of past struggles and acts of defiance to build a kinder, fairer world?”
They will force the audience to re-examine the terminology used to describe the “Incident, riot, mysterious fire, affair, incident, protest, racism? Was it a black and white issue? More than half of those arrested at the time were white students…what does that tell us? The more questions we have the better.
None of this young company would have had personal experience with that era of radicalism, so their portrayal of our collective memory will be interesting to see.
Blackout will close its run 50 years to the day that the two sides could not agree, and the heat was on. Blackout by Tableau d’Hote Theatre: January 29-February 10. D.B. Clarke Theatre, Concordia University.