Advertise with Us
Home Opinions BLACK TO THE FUTURE

BLACK TO THE FUTURE

Amidst all the increasing controversy that has arisen around whether Black History Month should even exist, especially since its celebration occurs in the shortest month of the year, here we are again in the midst of  another celebration.
It is primarily the month when institutions and media showcase  famous individuals who have been racialized as Black.
It’s also a time when society learn more about important individuals such as Dr. Martin Luther King Jr., Rosa Parks, Nelson Mandela and Harriet Tubman, supposedly having to take comfort in having our complex history cut up into little slices and distributed with varying degrees emphasis throughout 28 or 29 days.
But Black history is not so much about the past as it is about our present and our future; it helps us define whom we are and what we mean to a nation/country that still struggles with matters of race. There is no doubt that enormous strides have been made since the days when Blacks were denied certain positions, housing, and yes, education, but there remains so much unsettled business buried beneath the surface of our relationship, especially with this province and the rest of Canada.
As a people and a community, we have many issues that need to be addressed so that we can shift from reading history to accepting our position in creating a future worth living to see.
It is unquestionable that the Black race as a whole is no closer to achieving economic empowerment and parity with the majority population than they were fifty years ago. Black people know what they want to achieve, which is to be unencumbered by the majority population in achieving parity in income and business creation. If Blacks were able to create businesses at or even near the same rate as whites and have those businesses enjoy the same success, this would go a long way in resolving the issue of income disparity.
It’s not to say that there is only one way, nor is it intended to say some members of the conscious community are not doing anything productive. I know many who are doing their thing within the community; they are playing their role and getting things done. Still, we cannot deny that the majority of the conscious community is stagnant. We cannot deny that with the amount of educated, proud, conscious Black folks, we should be progressing collectively, and at a much faster rate. If knowledge is power we should be controlling the world because knowledge is the conscious community’s strong suit. In actuality, it is action backed by knowledge that is power.
Unemployment among others is a big issue within our community and I stand by saying that a major part of it is because we continue to chase after the same jobs, we refuse to step out of our comfort zone, we refuse to be truly creative and invent jobs rather than competing to get them.
Where are our business development programs? With the unemployment rate as high as it is, why are we in 2014 still drilling in the heads of our young people to “go to school and get a good job?” Never go to school, get what you need and build a corporation. We continue to follow the leader. There are also athletes and entertainers who have used the route of educational opportunity and have done quite well for themselves, professionally and monetarily. While economic parity is the ultimate goal shared by almost every Black person in the community, economic empowerment must come first.
There are many within and outside the Black community who believe economic empowerment can only be obtained through education, as you apparently believe also.
While our history  continues to intrigue us, we are in a battle of our own here in 2015. We are aware of the location of the pyramids ad we do acknowledge that they were built by our ancestors; however, yet we cannot ignore the fact that even with this knowledge of empowerment, the black conscious community has failed to build a subdivision, school or doghouse for that matter. It is shamefully evident that with this powerful wisdom of what our ancestors have done in past times we as a people still lack architectural schools of higher education.
It is  ironical that we relentlessly teach our young ones to glorify the ancestors as ones that should be worshipped when our ancestors engaged in competing to be better than the generations that preceded them. Why are we not competing with our ancestors? How do we fight and strive for reparations for our ancestors when we ourselves are pinned to the ground by our opponent?
So during Black History Month let’s get Black to the Future, and change the focus of the Black conscious community, letting the first order of business be learning you.  Knowing what our personal purpose, strengths, gifts and talents are.
Rather than investing so much time into getting the community on one accord, let’s focus on fulfilling our personal duty. If you are stepping up as a teacher, teach insight that empowers our people rather tearing them down.
Personal responsibility is the order of the day. By doing your part, you create a space for others to join in and do the same. It’s something about seeing a person in action, seeing a person making a change that makes you want to get your affairs in order.
The days of Black leaders have passed. We need no more leaders, we need responsible, devoted, self-invested folk to step forward and fulfill their personal duties.
Remember, seeing is Believing; Helping is Achieving. Let us start small and take it all. So we can proudly be poised and in position for BLACK TO THE FUTURE.
Aleut—The struggle continues. 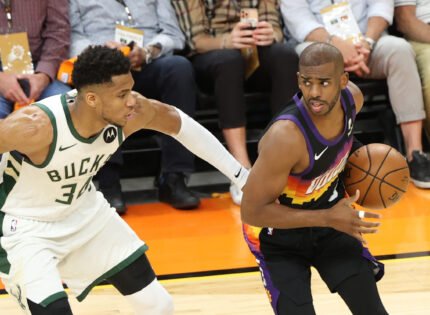