Beware of the ‘’silent thief of sight’’ 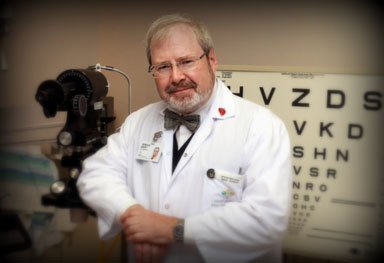 Glaucoma is a group of eye diseases that slowly damage the optic nerve, the part of the eye that carries the images you see to the brain. Once damaged, irreversible blind spots will develop, resulting in less peripheral (side) vision and potentially blindness. (World Glaucoma Association). It is on the World Health Organization list of priority eye diseases.
During the week of March 12th there is a concerted effort, organizing a wide range of publicity-seeking activities around the world, involving ophthalmologists, optometrists, eye care workers, hospitals, universities, clinics, private practices and many private individuals.
Glaucoma is the leading cause of preventable blindness worldwide and the first for irreversible loss of vision. It is the second cause of blindness worldwide, according to the World health organization. It is insidious, that’s why it’s called ‘’the silent or sneak thief of sight’’ and can affect anybody (more than 409,000 people in Canada, 70 million worldwide). And the numbers are growing.
Generally, it does not present symptoms at its onset; therefore, many of its victims (over 50% of people affected) do not know they have it. That is why regular eye check-ups are so important (optometrist are well versed in screening).
Early detection is important mainly because glaucoma is a disease that can be controlled with the use of medications, laser treatments, surgery, and of course regular visits to your eye-care specialist.
Some risk factors include being over age 45 (2.5% of the population affected and that goes up to about 11% when you’re in the plus 80 age group). Heredity can be another factor (check your family history), high intra-ocular pressures, vascular diseases and more.
Glaucoma is also more prevalent with people of African descent: damage may start earlier and progresses more rapidly. (Some studies suggest that in this group there is a
3% to 7% higher probability compared to the Caucasian population.) Asians and Inuits, on the other hand, are more likely to develop what is called ‘’narrow angle glaucoma.’’ Some studies also show that people with diabetes are three times more likely to develop glaucoma than the general population age 40 and over.
We urge you to keep informed, notably through education programs like the one offered by the McGill Glaucoma Information Centre at the Jewish general hospital. This unique program is open to all, and is free of charge. The next session in English will be held on March 12th.
Through our website, you can access our educational videos in English, French and one translated in Créole (jgh.ca/glaucoma).
World glaucoma Week information: http://www.wgweek.net/
Marc Renaud is the Ophtalmic technician, speaker and co-founder of the McGill Glaucoma Information Centre, Jewish General Hospital, Montreal. In 2015 he received the Médaille de l’Assemblée Nationale du Québec for his glaucoma outreach programs ‘’regionally and internationally.’’