Becoming a Queen of Stage and Social Media 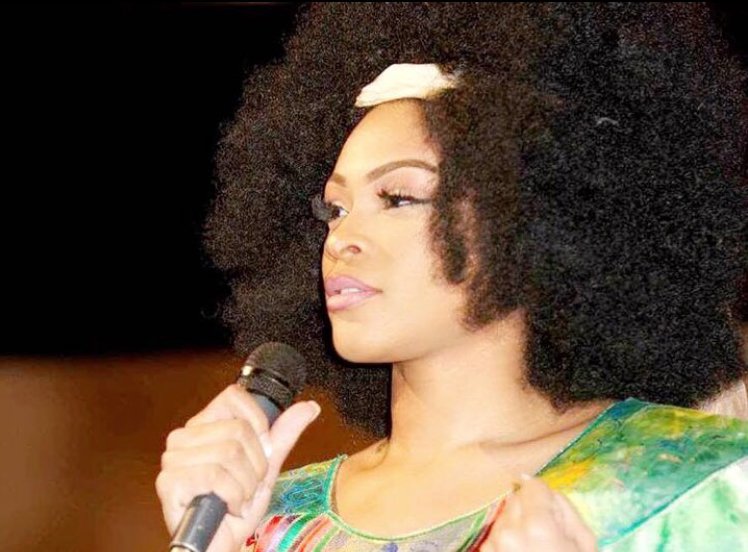 No drama for Lettia McNickle

In a world where some are made and others are broken by social media, 22-year-old Lettia McNickle is quickly mastering the many communication platforms such as Facebook and Internet TV, and using them to earn some short-term points and position herself for a future in the media.
Today, she is the reigning Miss Black Beauty (Quebec), a crown she snagged in a mostly French environment at a show on April 1, at Plaza Antique, a feat that followed her winning the Miss Montreal Carnival Queen in June last year.
Lettia, who is currently in a Media Studies program at Vanier College, says her success at the pageants is due mainly to the communication and media savvy she has been developing along the way, and she is hoping to forge a career in television or a related field.
“I know pageants are not for everyone, but I still enjoy doing them (I know my mom did about five of them and won three). And because I’ve been winning and meeting interesting people I’m having a lot of fun,” she told the CONTACT recently.
She says her latest success at the Miss Black Beauty International completion was a tremendous boost to her confidence because she worked really hard to make it happen and it promises to open up a lot of doors for her as she prepares to travel to cities across North America to represent.
And although she was probably the only Anglophone contestant, she’s especially proud of winning over the mostly French speaking audience with her answer to a complicated question on the environment, pollution and littering and with her spoken word presentation on  being Black and beautiful.
Lettia says she spends much of her free time working on her online television program, Le Tia TV, on which she dispenses weekly tips on beauty, fashion and make up.
Lettia says carrying the crown has also helped her move beyond some of the drama that was enveloping much of life in the past few years.
“You learn to listen to advice, make corrections, be consistent, and most importantly you learn how to deal with ‘haters’,” she says. Adding that, “once you get into the spotlight, there will always be those who want to find reasons why you don’t deserve to be there.”