Be a Distributor for God this Christmas

Make an IMPACT: Stir up the gift that keeps giving. 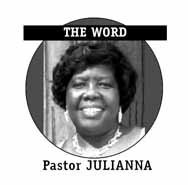 To be a person of impact you have to know the power of sowing and reaping, which in other words is giving and receiving.
Too many people want to be great in the earth but unfortunately many try to go about it by being greedy, stingy by keeping everything they have to themselves.
Many people reserve a day for a garage sale to make a profit, sometimes selling nothing when many of those garage-filling items could have made a perfect gift to bless another person’s life.
Some people never give anything without a price tag, but my dear friends, it is much better to give than to receive. For when you give to others without expectation, God himself will be the one to reward or repay you. This is the seed principle … it goes beyond monetary giving.
Some people have clothes and shoes to fill ten suitcases but instead of giving to the less fortunate they will leave them to rot. Many of these items never get worn again.
Why not give it away to someone else who may appreciate that outdated style, our someone that will easily fit that piece of clothing.
Greed will never give you permanent prosperity, happiness with peace and contentment. When you give freely, God will give to you the blessings of things money cannot buy and much more.
Our father has already set things in place and written them in His word to teach men and women how to prosper in life.
In Luke 6:38, he tells us to give and whatsoever we give will be given back unto us in good measure, pressed down and shaken together and running over in abundance will he cause people to give back unto us.
The blessings that we reap may not come directly from the person that we gave to but it will come directly from God and he will use people to bless you back when you bless others.
We all need a spirit of distribution or giving to stir up on the inside of us. Stir up the gift that keeps giving.
The consumer mentality will keep you stuck, encaged and imprisoned within your own limits. Tell yourself today that you are not only a consumer but also a distributor.
God is the source and manufacturer of love, peace, joy and wealth and he wants you to distribute such gifts to others by giving on his behalf.
Many are still engraved in stinginess. They have a problem with people who give, especially those who give to churches or godly projects. They do not realize that governments all over the world are also using God’s law as financial principles to build nations. The only difference with the government is that instead of asking us to give they take it through taxes.
Nevertheless, don’t you get a tax return? Yes, give and it shall be given back to you. They are applying God’s principle but because they know that people do not like to give, they tax us knowing that we like to receive.
However, there are indeed some people who like to give freely and are willing to do so in measures beyond money and these are the people that God is looking for. I call them distributors. I encourage you to aim to become that kind of giver.
Distributors are people with big dreams and visions. They know that their own dreams and visions will not be manifested on the earth if they do not share what they have to others. Basically they understanding the human level of sowing and reaping principle.
The word of God says whatsoever a man sows that shall he reap. Seedtime and harvest is an everlasting law. Look around and see the people or governments that have the most impact in the world. They are distributors in life.
A distributor’s mentality would break the back of slavery and poverty for nations around the world. More people with a spirit of distribution are the answer for a world burdened with lack of resources.
This holiday season, instead of giving to the same people year after year, why not look around and find new avenues to bless. Why not look for an orphan, a widow, a homeless or someone that is less fortunate and bless them with a seeded gift and I know you will be rewarded in return by the Lord.
In Mathew 25, Jesus said whatever good you do to the least or less fortunate, whether to feed, to give a drink, to shelter, to clothe or to show love, you do to him .
So in giving to someone else you are giving to Jesus and he himself will reward and repay you. It is definitely better to give than to receive.

Give LOVE this Christmas.
Pastor Julianna

Prayer is essential – are you an essential worker?

Pushing through the struggles and pains of covid-19

Don’t you want to be heard?

Prayer is essential – are you an essential worker?

Pushing through the struggles and pains of covid-19

Don’t you want to be heard?