Created by the NBA and FIBA to promote basketball in Africa, the Basketball Africa League (BAL) brings together 12 of the largest teams on the continent. The competition was originally scheduled for March 2020, before the COVID-19 pandemic forced its postponement.
Each team must carry 12 players on its line-up, eight of them being from the country of origin.
Only four foreign players are allowed, two of whom must come from other African countries.
It means that at least 120 of the 144 players involved will be African.

Eight of the league’s 12 teams will qualify for the playoffs, and the first of which were held on May 30.
Africa’s best players finally came together 14 months later on May 16 to kick of the games in the Rwandan capital, Kigali, in a new professional competition designed to promote sport, stimulate economic growth and discover the best talents in the making on the continent.

The BAL received a huge buzz before its much anticipated opener because rapper J. Cole was playing for the Patriots BBC at the inaugural game.
From Game 1, between the Patriots BBC (Rwanda) and the Rivers Hoopers (Nigeria) on May 16 to the championship game with Zamalek’s (Egypt) 76-63 win over US Monastir (Tunisia), the BAL had a lot to be proud of in its first season.
Basketball aficionados are saying that the talent in the league and the pool of players from Africa are as skilful as they are exciting.

Egypt’s Zamalek were hailed as the 2021 Basketball Africa League champions. Point guard Walter Hodge was presented with the Hakeem Olajuwon Award trophy and he spoke of the promising future of the new league.
“This is the first time that this league is here and it’s going to be here for a long time,” Hodge is quoted as saying.

“Africa is a continent full of secrets and treasures and I think all these treasures will be found,” great basketball player Dikembe Mutombo is quoted as saying.
“As this game is about to begin, there will be more players coming out of the continent than we have not seen before.” 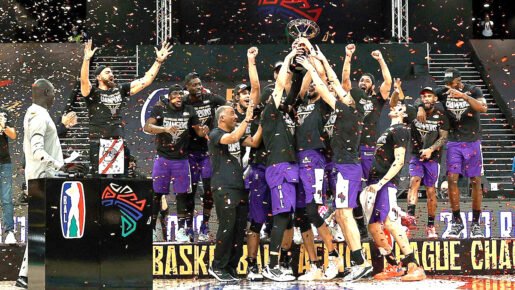 The BAL included health and safety protocols for every team traveling to Rwanda, based on guidance from the World Health Organization and the Africa Centres for Disease Control and Prevention. Fall said two teams had difficult travel plans because the airports in their countries were not open. Every team was quarantined upon arrival. They also received advice from public health officials and medical experts on hand, including NBA vice president and medical doctor Leroy Sims.

The competition replaces the former African Basketball League, another Pan-African club tournament, which had existed since 1971. BAL’s hope is that young African’s will be inspired to not only fall in love with the game of basketball but want to be a part of it in some capacity in the future.

From the first season, the future of BAL is promising as new investors have come on board to help it expand. Private equity firm Helios Fairfax Partners Corp. invested in the new African entity alongside Tunde Folawiyo, chairman of Yinka Folawiyo Group, the NBA said in a statement on Monday May 25. Former NBA players Dikembe Mutombo, Junior Bridgeman, Luol Deng, Grant Hill and Joakim Noah have also been listed as investors.