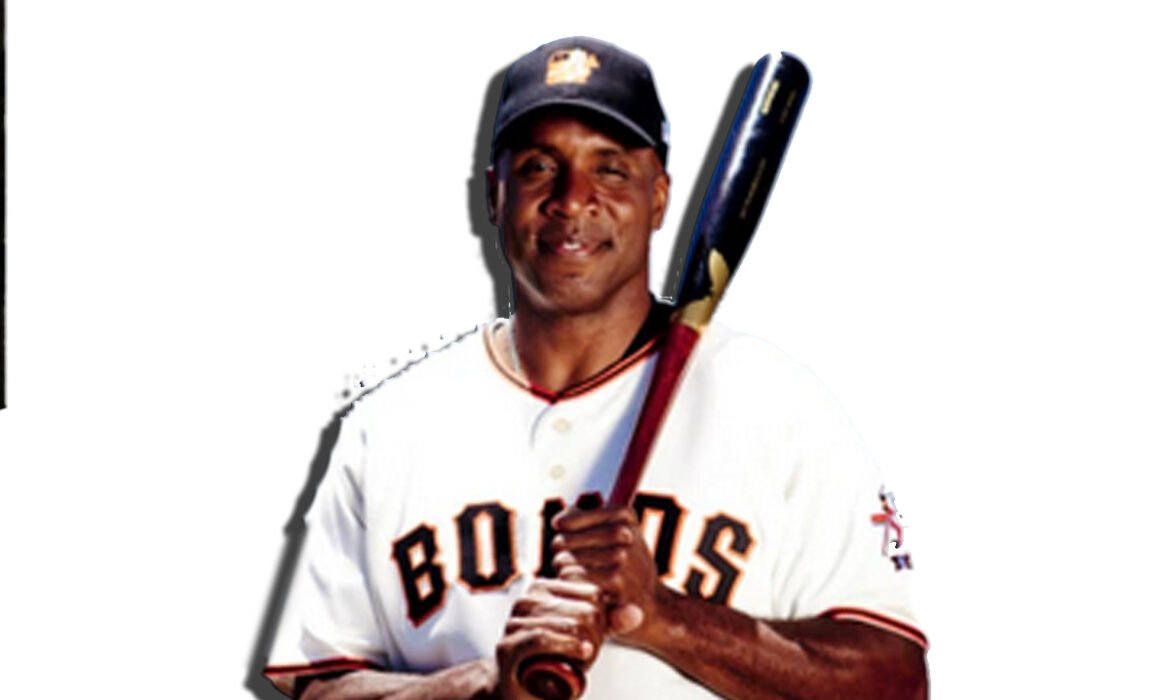 While there was certainly a dark side , the man had an illustrious career.

Baseball’s Hall Of Fame is often-time controversial. In late January of this year, ballot voters inducted zero new members to the Hall of Fame, based in Cooperstown, N.Y, for the first time in 61 years.

On July 25, Hall Of Fame weekend will only induct 2020’s class who took a rain check last year due to the pandemic. Once again, the Four Horsemen of the HOF get their yearly ballots stamped as declined as if they were Red in “The Shawshank Redemption” waiting for his parole acceptance.

Sammy Sosa, Curt Schilling and Roger Clemens all failed to meet the minimum approval rate of 75% for the right to be inducted into the Hall Of Fame for the ninth time. But the most infamous of the quartet is of course, Barry Bonds.
Bonds was born to be a baseball icon. Following in the footsteps of his all-star father Bobby Bonds and godfather Willie Mays, the baseball equivalent to Jesus Christ.
Barry was drafted by the Pittsburgh Pirates in 1986 and went on to become a superstar in the MLB. Yet, to this day Bond’s legacy is one that is overshadowed by the image of a once skinny kid who transformed into a sweaty, loudmouthed, block of muscle so massive he could barely fit into his uniform.

The stains are still showing, making the Hall Of Fame Barry Bond’s Kryptonite.
However, Barry’s résumé remains HOF worthy despite the undesirable labels and stories surrounding the man’s name.
Strictly from a number’s perspective there’s no debating his contributions to America’s favourite pastime.
Prior to his alleged use of steroids beginning in 2000, Bonds’ accomplishments and stats spoke for themselves. Between 1990 through 1999, Bonds was named to eight National League All-Star teams.
He collected three MVP’s over the years, eight Gold Gloves, seven Silver-Sluggers and led the National League in both Home Runs and RBI’s in 1993. Bonds was also a member of the 30-30 club 5 times (30+ HR and 30+ stolen bases).
Unfortunately for Bonds, much of his success in the regular season plummeted in the post-season, never capturing a pennant in Pittsburgh let alone a World-Series.

In 1993, Bonds would leave to sign with the Giants where he would spend the rest of his career. Although the Giants would capture a pennant in 2002, this would be the closest Bonds would ever get to a ring.
In 1999, Bonds would miss much of the first half of the season due to a numerous upper body injuries. Upon his return in June, Bonds would put up less than stellar numbers for his standard of playing. This coming on the heels of a Ken Griffey Jr. MVP in ’97.
A legend in his own right, Griffey at the time would usually play second to fiddle to Bonds in the MLB. The 1998 Home Run title chase sparked by Mark Maguire and Sammy Sosa seemed to have sparked a turning point in his career.
Despite being named baseball’s player of the 90’s by Bill James, author of the famous book “Moneyball”, Bonds was through playing it clean. Many speculated that he decided to take up PEDs for future success.
From 2000 to 2007, Bonds was awarded four consecutive MVPs, five all-star spots, three Hank Aaron awards (best hitter in the league), was a two-time batting champion, a Home Run leader in 2001 (73 a record), and five silver-sluggers.
But what is perhaps more ridiculous, are his records in 2004 for walks/Base-on-balls (232 includes int-walks which he had a total of 120), On-base % .609 (reached a base over 60% of the time), and On-base+slugging .863 (OP% plus slugging avg) all of these records are in this writer’s opinion…unbreakable!

Barry Bonds single-handedly put up the best Pro-American sport numbers since Wilt Chamberlain’s reign in the NBA in the 1960s. This triumph was ultimately his downfall.
Bonds, who was already known to have a controversial attitude prior to his alleged steroid use, became a raging mess. The superstar was now a bull in a china shop, treating the press like dogs and teammates like his peasants, Bonds had become uncontrollable. A label that would only rub salt in his wounds as the steroid era baseball was coming to an end by the mid-2000s.
Players such as Mark Maguire, Jose Canseco and Sammy Sosa (allegedly) were all put up for testimony at the House Committee on Government Reform in Washington, D.C. in 2005 The Congressional hearings were led my Mark McGuire who would later admit to steroid use five years later in 2010.
In 2003, Bonds would testify in court about BALCO. ( BALCO was A San Francisco company that supplied steroids to athletes) Bonds was accused of taking steroids supplied to him by this company.
His testimony was found to be less than creditable, and Bonds was later indicted in 2007 on one count of perjury and four counts of obstruction of justice. He was later convicted of those charges in 2011 after several postponements of his trial.
Bonds was sentenced to 30 days of house arrest, two years probation and ordered to perform 250 hours of community service. Bonds would appeal and a 10-1 vote overturned his conviction. The MLB would officially ban steroids in 2005.
However, in Bond’s defense, his career prior to his alleged steroid use, was worthy for a first ballot HOF induction. Many even argue that steroid use can only help with endurance and power. Barry Bonds still needed to put bats on balls, be disciplined at the plate, play defense and come up in the clutch for his team, attributes that cannot be heightened by steroids.
Due to these reasons, Barry Bonds should be put in the HOF. If character mattered so much, then players like Ty Cobb, an alleged KKK member, should have been judged with the same criteria that Bonds was.
Not to mention cheating should also be looked at in HOF consideration. Pitchers from the dead ball era (1900-1920) would be considered cheaters if judge with todays standards. Some of these pitchers are enshrined in the hall.

The most notorious cheater of all time, Gaylord Perry would use spitballs, a.k.a spitters as a pitcher for his own advantage is inducted in the HOF.

While there was certainly a dark side to Barry Bonds, the man had an illustrious career. He had impact as big as any greats like; Ruth, Gehrig, DiMaggio, Aaron, Mays, Clemente, Jeter and Griffey. Unfortunately, Bonds may be out of luck, 2022 is his last chance for an induction and it looks as though he’ll be locked out much like Pete Rose before him. A tough fate for the man who for many should have his picture next to the definition of “Asterisks” in the dictionary.