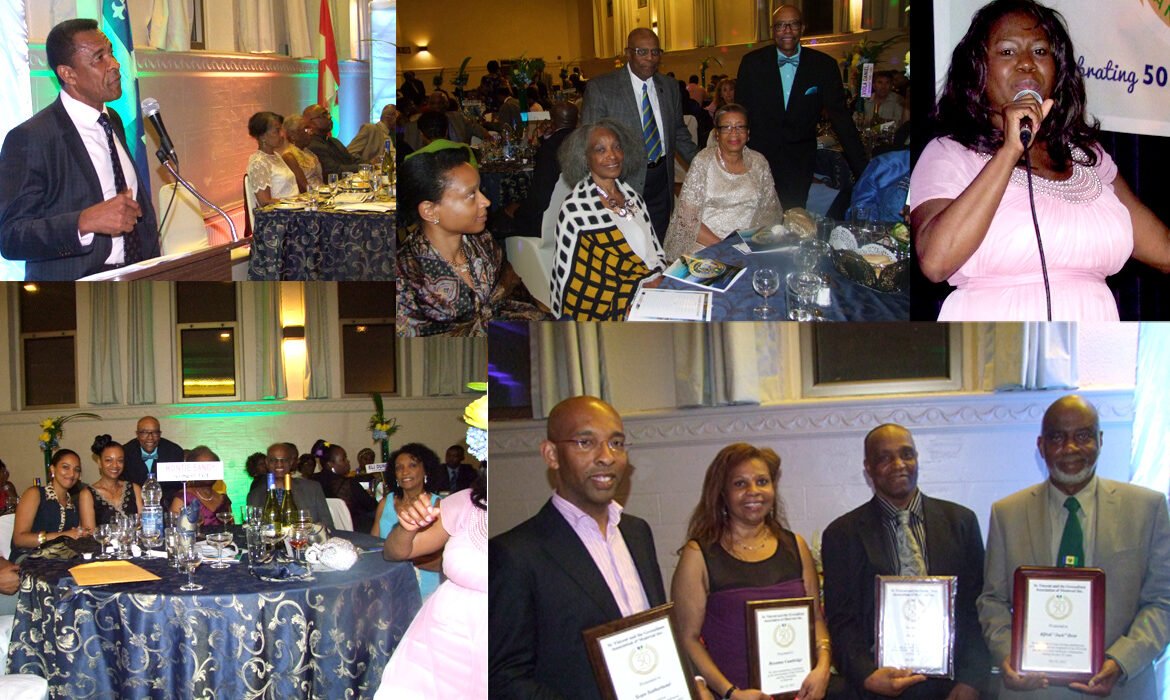 The 50th anniversary of St. Vincent & the Grenadines Association of Montreal was celebrated with substance and style on Saturday May 30, at the Schofield Hall 90 Roosevelt Ave.

As one of the oldest organizations in our community, there was a lot of history to draw on with several past presidents as part of the celebrations.
There were several highlights including a feature presentation from Fitzgerald Huggins, Consul General of St. Vincent and the Grenadines.
The association also presented 50th Anniversary plaques to four exemplary Montrealers, Sean Sutherland an educator, Roxanne Cambridge for service to SVGAM, Jack Dear, for service to the community and SVGAM and Lloyd Tull a long standing community businessman.
Gideon James (formerly of “Touch,”) Gillian Gurley and Pete Douglas performed and Tony Hadley served as master of ceremony.