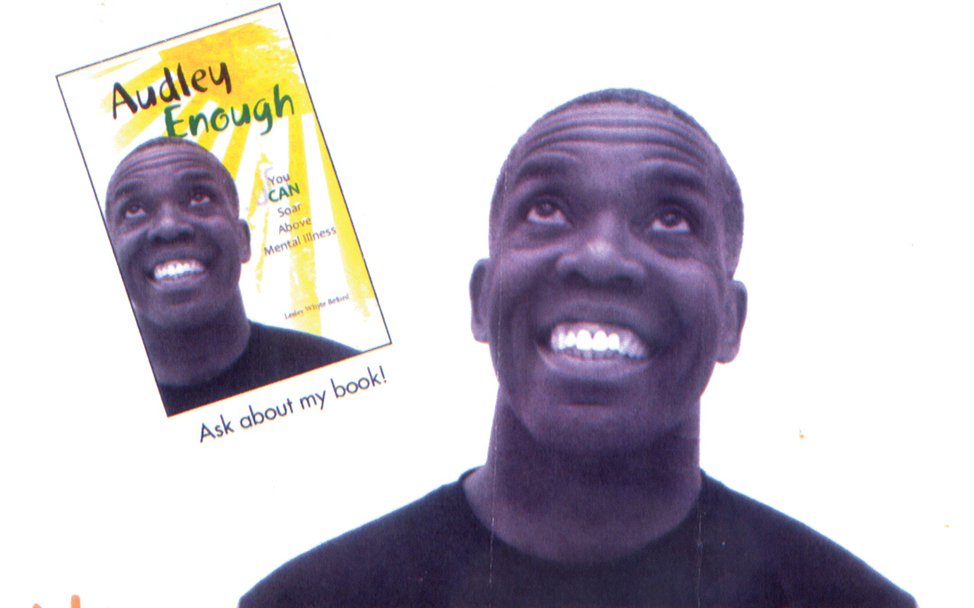 On Saturday, March 4, at Indigo bookstore in downtown Montreal, Audley Coley will be on hand for a re-launch of his book, Audley Enough. It chronicles how he has been able to live a “normal” life while suffering with bipolar illness, by managing his affliction over the years by maintaining a positive attitude.
First published in 2013, the book is “a brief account” of Coley’s journey, and is both motivational and inspiring, especially for people who also may be suffering with the affliction and seeking help. His first crisis happened when he was 27. His core message then is: “You can soar above mental illness.”
And he offers himself as evidence that his affliction has not become an impediment.
In fact, Audley Enough (You Can Soar Above Mental Illness) has become part of his arsenal in his quest to further demystify the disease and help those caught in the throes of the various psychoses that are derailing so many lives.
The 96-page book, written by Montreal freelancer Lesley Whyte Reford, traces the life of the Jamaican kid who made his way to Canada with his family, landing and living in Toronto for a while before he found work in various parts of the Arctic, such as Frobisher Bay, and eventually being drawn to New York, then Montreal.
Throughout his movements, Audley Coley’s life was punctuated with bouts of mental illness, which he says has stigmatized and kept him down for significant periods of time, but have never been able to dislodge his strength and resilience.
Now 54, Coley continues to recover from the mental illness. In the meantime he has built a career as a successful dance and fitness trainer in the city, and is at a place where he thinks he has reclaimed control of his life and might be able to help others who might be also dealing with mental health issues.
With his condition stabilized, Audley Coley reflects on the condition which has consumed him for more that half of his life, using humor to help dilute what can at times be painful memories. He says he hasn’t been hospitalized for the past 14 years or so.
“The stigma, stereotyping and misunderstanding of the disease is probably the worse of it,” he told The CONTACT at a recent sit-down.
“Especially in Jamaican culture where you’re branded as having ‘Duppy’ on you, (possessed by demons) so friends and family don’t want you around and other people are afraid of you.”
“It can be very lonely with this disease… sometimes all you want is something to eat or drink.”
But Coley is now in a better place.
“I think the turn-around came, when I realized that I had the power to take responsibility for my (well-being),” “My spirituality, and the support of friends and family were also big factors that helped to get me where I am today.”
Come out and meet Audley Coley at Indigo bookstore, 1500 McGill Collège Ave. on March 4th beginning at 1pm. There will be finger food and live music.