A Special Call to Community for a Special Show 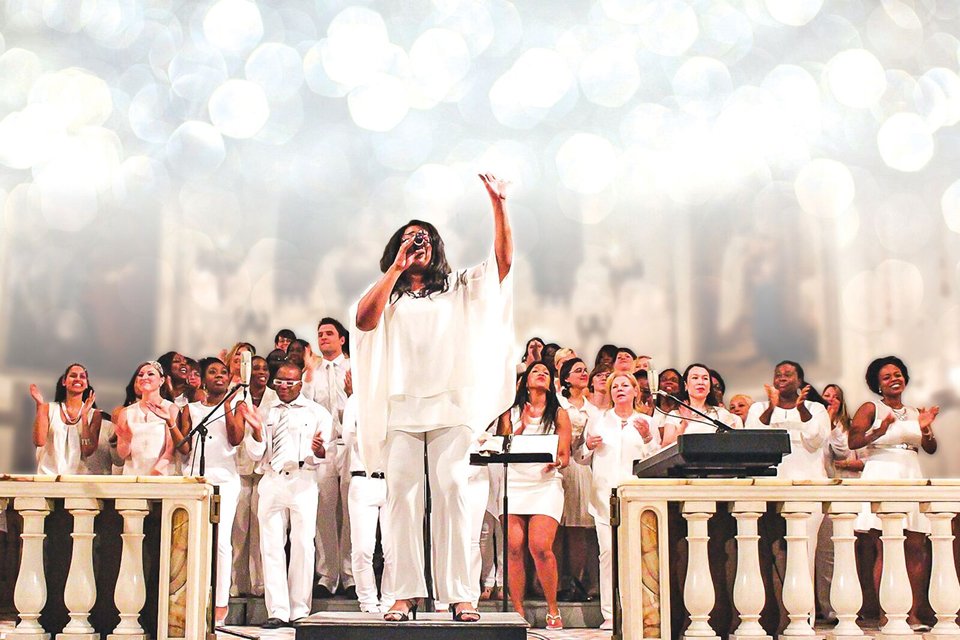 JIREH WILL BE JOINED ON STAGE BY Audrey DuBois Harris

FOR ONE17 at EGLISE Le-Saint-Jean-Baptiste

Standing in front of her two choirs, the last thing Carol Bernard wants to be thinking about is the demographic make-up of her audiences as she attempts to draw them into the always-spectacular performances delivered by her singers.
But sometimes she just can’t help it and she is troubled by what she sees when she looks into the crowd.
“Not enough Black people attending our shows,” she says, bluntly. “We are a Black choir and as much as we value the support we have been receiving from other Montrealers and Quebecers, we would love to see some more of our people among our audiences. It’s only natural, don’t you think?”
Bernard, who is trained in classical piano and holds a degree in Music, along with another in Mathematics and Computer Science, founded JIREH Gospel in 1996 and molded it into a musically adept 12-member unit (plus musicians) known for their high energy and engaging performances.
Then in 2011, she formed the 80-member Montreal Gospel Choir, made up of a wide cross-section of Montrealers of various cultures and age groups.
Bernard is especially about what the choir represents for Montreal: “ The words family, love, joy, innovation, infectious energy, and goose bumps are often associated with MGC.”
Born in Montreal to Jamaican parents and molding her skills as a choir director in institutions around the city, Bernard describes herself as “a child of the community” and says it would be gratifying for more Blacks to share in the fruits of accomplishments.
“It’s one thing when we’re performing outside of the city, but when we are in Montreal, we’d really love to have our people in the audiences, sharing in the joy of our music,” says Bernard who 18 years ago quit a management job at CN Rail to devote herself full time to music and her choirs.
Over the years JIREH has racked up an impressive list of accomplishments, which include a number of high profile appearances such as opening for Gospel icon Kirk Franklin at the Bell Centre in 2016, and several at the international Jazz festival here in Montreal, Toronto and in Switzerland.
In 2014, they released a well-received album titled ‘Get Up,’ which went on to earn them an Album of the Year award the following year.
On Saturday, December 9, Montrealers can experience the excitement of an evening with JIREH Gospel Choir and the Montreal Gospel Choir, under the direction of Carol Bernard for their much-anticipated annual holiday-time concert.
Over the past two years, the event has been receiving mega support from music lovers across the city, and Bernard is yearning to see some of her community people among the mass of concertgoers who come out to enjoy those shows.
“We ask for your support not only because we’re a choir coming out of the community but because we guarantee an amazing show that the entire family will enjoy.”
The event, themed ONE17, featuring the two choirs in one concert, comes with a special feature this year, an appearance by Audrey DuBois Harris, a Julliard-trained soprano who has earned acclaim in opera, classical jazz, sacred, gospel and inspirational music. On several occasions, she has performed as the ‘president’s soloist’ singing the National Anthem for President Barack Obama.