A mother’s journey to finding peace 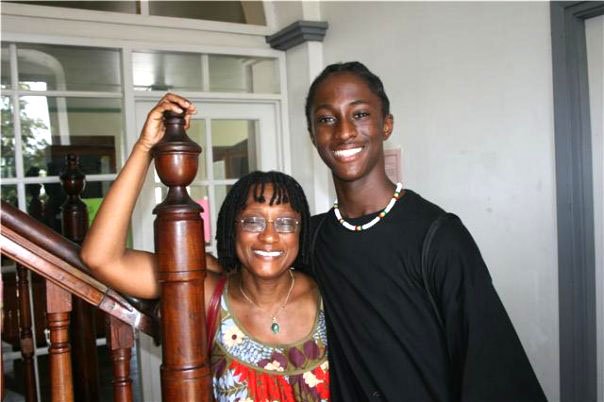 After sitting through a 14-week trial that forced her to relive the murder of her only child, Joshua, Jeannine James emerged a wiser, if not stronger woman.
“So many things I didn’t know and so many things I learnt about the justice system that at the end of the day I can only summarize as a fascinating trial,” says the St. Vincent-born James, who spent much of her life in Montreal.
On January 22, 23-year-old Abiram Subramaniam was found guilty by a jury for fatally stabbing Joshua Williams, who was 18-years-old at the time, at the under ground garage of the Cote des Neiges Shopping Plaza.
“All I can say about the judgment is that it was a good one and it was fair,” James says. “It represents justice for Joshua’s family, his friends, and all who knew what an amazing guy he was.”
“But for me, the judgment does not bring back my son.”
And now it’s going to be up to a judge in the Quebec Superior Court to decide on Subramaniam’s sentence; the Crown is calling for at least 13 years and the defense is suggesting ten years or less.
James says it doesn’t really matter how much time he spends in prison, her only concern is what seems to be a high probability to re-offend.
“I hope when they turn him loose that they don’t put the rest of society at risk. He never showed remorse.”
She said ever since Subramaniam was arrested she never felt any rancor towards him, just sadness. And throughout the trial she was hoping to see some compassion from him.
“Nothing… I realized that he is a lost soul, himself a victim born into a bad situation.”
All that is left for her from this trial, she says, is to try and spread awareness of the many twists and turns of the system that can prevent families from getting justice for their loved ones.
“Now I understand why many families don’t want to go through trials because of so much frustration along the way,” she says.
“Many times you’ll be wondering why you even putting yourself through the ordeal, but you have to remember that the victim needs someone for him. In this case mine was the only voice my son had.”
James says she was present almost every day for the 14-week proceedings and when she couldn’t be there, she had someone there.
She spoke also about the grief and the frustrations that accumulated over the years and throughout the trial.
Joshua was stabbed on March 22, 2011, after he tried to protect a friend from being attacked following an altercation over a ring.
That friend refused to identify the accused murderer, and it took 18 months before Subramaniam was brought to trial, after an elaborate sting operation in which a so-called “Mr. Big” of a fictitious crime network drew a confession from him.
James says it’s all a life changing experience and found an opportunity to express some of it in her victim impact statement. But that statement was so impassioned, well crafted and well delivered, it came back to her that some officials in the court insinuated that she might have had professional help in writing and delivering it.
“It’s part of the subtle stereotypes about Black people that creep up in the justice system,” she says. “It’s unbelievable that anyone would think that I need help to express the devastating impact the loss of my only son would have on me, the rest of his family, and friends.”
Joshua was an ordinary kid, with extraordinary qualities and a strong social conscience. He intervened when he saw a wrong being done to his friend. He didn’t deserve this.”