Advertise with Us
Home News Community News A father’s anguish 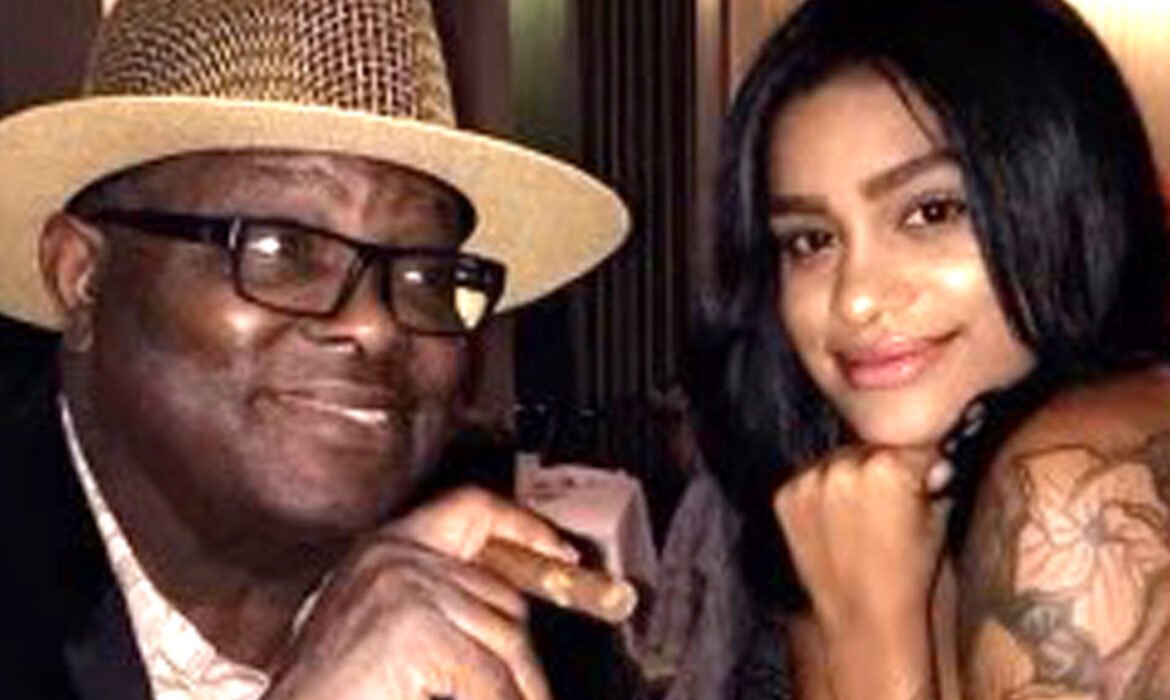 “A monster killed my baby…”

Part anguish, part anger but it was the only way was Ian Harry could express the torment that has been his life since March 20, when he received a call from a doctor at the Montreal General Hospital, telling him that his daughter’s life was hanging in the balance.

“It was about 9:28 in the morning the doctor said to me that they were taking my daughter into surgery and that they were going to ‘try their best.’
I was in shock. I asked what do you mean my daughter, which daughter…. What are you talking about…?

He went back and checked his notes and came back to the phone and told me it was Rebekah Harry.
I said to myself it couldn’t be because Becky is at home downstairs. I ran to the door, downstairs, but Becky wasn’t there… no one was at home.
I went to the next-door neighbor to find out if there was an ambulance at the house. No one saw anything.
I know I would have seen the ambulance because I’m always at the window… looking out for my baby. They call me a helicopter parent… always looking out for my daughter and my grandson. They live just downstairs ”
Harry said after the call from the doctor, he gathered some of his family members and they rushed to the hospital to be his youngest child but there was not much they could have done.
Rebekah was in surgery for three hours. Three days later she was dead, the victim of domestic violence. The police have charged a 33-year-old man, described as her boyfriend with murder.

“I’m not mentioning his name. I would not give him the (satisfaction.) He is a monster and he killed my child… a very beautiful, beautiful girl.”

What’s most agonizing for the 69-year-old Harry is how much effort he invested in protecting Rebekah only to have this happen.
“I’m a protector. Anyone who knows me will tell you so. I’m always at this window trying to make sure that everything was okay with my daughter.”
Amid his anguish and his tears, he was able to paint a picture of the love of a young girl who fought through her adversities and was building a life for herself and her nine-year-old son.

“She was born with cancer… as a child she was diagnosed with Wilms tumor, (a rare form of kidney cancer that primarily afflicts children before they reach their teens.) She was able to beat it. She wasn’t supposed to have children but she gave birth to a wonderful son.”

Harry said Rebekah, who was 29 years old when she died, never stopped trying to improve her life. She had just found a new job and was about to secure her driver’s permit around the time she was killed.
He said there were so many things that were exceptional about Rebekah:

“She sang like an angel. I remember we took her on a Caribbean cruise. She was very young at the time and there was this singing contest on the ship. Becky blew the audience away with her voice and her singing abilities.”
(A life-long member of Brossard Evangelical in the south shore, Rebekah was a member of the church’s steel band and was very capable on the bass according to her instructor James Andrews. She also sang on the group’s CD.)
In Montreal from Guyana since the early 1960s, Harry, who is in the transportation business also spent an extended period in the USA.
He says Rebekah has five siblings; all except one are here in Montreal. She has a sister in Hamilton.

“Becky loved her family and she loved to cook. Her curry beef stew was the best thing I’ve ever tasted. And the same thing for her salmon dish.”

He admitted also that he spoiled her rotten, “because there’s nothing I would not have done for her. I tried to be there to lend a helping hand whenever she needed something because she was such an angel. And she and her son made my life complete.”

Since the incident, Harry has confined himself to his house in St. Hubert on the south shore.
A close friend, Robert Flint has been spending time with him and providing support.

“Ian is a good man, a man of God who loves his daughter. He is one of the best fathers I know. I know that I have to be here to support him.”

For his part, Harry says he is unable to contemplate the future.

On March 20, police were called to a house on des Oblat Street in LaSalle, where Rebekah Harry was violently beaten. She died on Tuesday, March 23. Her funeral was held at the Brossard Evangelical Church on March 31.
Thirty-three-year-old Brandon McIntyre was arrested at the house. He will be charged with second-degree murder.
On Saturday, April 3, close to 1000 Montrealers gathered at Cabot Square in downtown Montreal, then marched along St. Catherine Street to remember and pay homage to Rebekah and call for an end to violence against women.