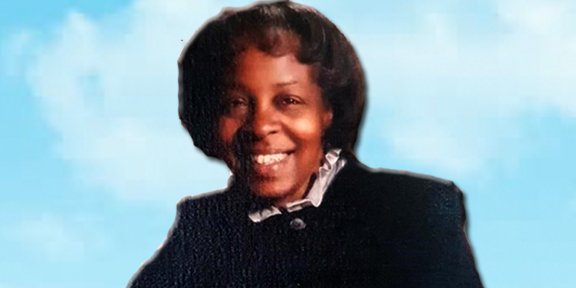 The hope is that when Montreal mayor Valerie Plante categorically dismissed the option of naming a street after beloved music teacher Daisy Peterson-Sweeney, she did not take the time to properly consider why the symbolic recognition is the right thing to do for an outstanding Montrealer and for our community.
Ever since Plante’s predecessor, Denis Coderre, promised on August 16, following her death, that Peterson-Sweeney’s contributions to Montreal will not be forgotten, there has been an air of expectation among family members and many in the community.

The hope was that Rue Delisle, where the historic Union United Church is located, would be changed to honor a woman who symbolizes the resilience and creative instincts of our community.
But those hopes were dashed when the Plante administration announced that there will be no  changing of street names of streets, instead they were considering naming a patch of city space at the corner of Paxon and Guy streets after Peterson-Sweeney.
When challenged by family members and others that the space was not considered to be an appropriate  recognition of Sweeney’s contribution to Montreal’s cultural history, Plante doubled down on her decision, stating that she did not believe in renaming streets.
Such an entrenched position by the mayor doesn’t make much sense, given the fact that the demographics of the city has been changing dramatically over the past few decades and it’s natural for Montrealers to want a reflection of themselves in the  names of streets, parks, institutions and other landmarks.
And given the fact that precious few of the 6,000 or so streets in the city are named after individuals who are from cultural minority groups, or women, Mayor Plante has to be a little more open-minded on the issue.
If she should eventually rename Rue Delisle after Peterson-Sweeney she would, by extension, be paying homage to Montreal’s Black community who, since the late 1800s, have made the area known as Little Burgundy in St. Henri home, where they built families and institutions.
It was there Daisy Sweeney was born and grew in a household in which her dad, a railway porter, encouraged her and four siblings to learn music and to play a musical instrument.
Growing up, Daisy faced all the challenges of a young Black woman in a race-driven society, but she was able to nurture her aspirations for a career in music by working as a domestic servant and in the factories during World War II.
She eventually earned a diploma in Music from McGill University and emerged as a skilled pianist.
Not drawn towards the performance circuit, Daisy chose to become a music teacher and made Montreal a better place for it. Her brother, the legendary Jazz pianist Oscar Peterson, was one of her first students, so too was Oliver Jones, another renowned pianist and Canadian icon.
Many other musical luminaries grew up under her tutelage, including Trevor Payne, Reg Wilson, Joe Sealey, and Ken Skinner, but it was the hundreds of average Montreal students who benefited from her dedicated and focused commitment to music and to learning.
It’s important that Mayor Valerie Plante come to understand that there will be changes to many street names, if not during her tenure then in the future, and her administration will be doing the right thing by bestowing this honor on Daisy Peterson Sweeney, a true Montrealer.