Why Canada doesn’t want to know 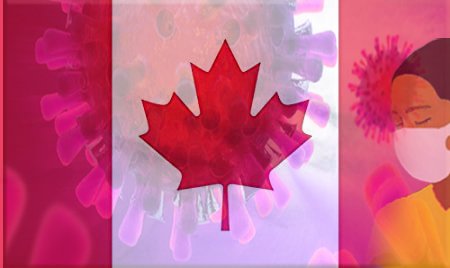 Race based data on COVID-19

In all major jurisdictions across the country where it really matters, authorities have made it clear that they have no intentions of collecting race-based data on the coronavirus COVID-19 that has been ravaging Canada over the past six weeks.

A decision that’s troubling to Black health professionals and advocacy groups, in light of what we have been seeing in the U.S where numbers recently released by the Centre for Disease Control show Blacks to be massively over-represented among those who are infected and those who are dying from the virus.
The numbers are quite startling in places like Wisconsin where Blacks make up about 6 per cent of the population but are 40 per cent of those who died due to COVID-19. And it’s just as frightening in New York where Blacks and Latinos are dying at twice the rate of their white counterparts.
A situation that prompted a call by Joe Biden, the Democrats’ presumptive candidate for the presidency, for health authorities across the country to start tracking victims by race.
Even Donald Trump sees the over-representation of Blacks as victims in the outbreak as “troubling.”
Knowing that, and understanding the inequities faced by Blacks and other minorities in accessing healthcare, Black health professionals in Canada can’t understand why authorities are so resistant to the call for race-based data in order to properly track the impact of the virus on these groups.
Toronto’s Alliance for Healthier Communities, sounded the alarm early in the outbreak, calling on the Ontario government and its chief medical officer, Dr. David Williams with a warning that: Evidence suggests increased risk of COVID-19 harms to marginalized communities, including Black and Indigenous communities, people living on low incomes, people living with disabilities and people experiencing homelessness.
And the Alliance pointed to The 2017 Black Experiences in Healthcare Symposium exploring health inequities faced by Black Ontarians identified the need for systemic change and named race-based data collection as an important lever in moving this work forward.
Earlier this month, the Alliance was one of nearly 200 advocacy groups and organizations that demanded the province collect race-based coronavirus data.
In an open letter addressed to Premier Doug Ford, health minister Christine Elliott and Dr. Williams, the advocacy groups detailed the fact that Indigenous populations, Black people, LGBTQ, people living with disabilities and people who live in poverty are potentially at a greater risk for COVID-19.
And called for an extensive collection of data that includes race and ethnicity by all sectors of the healthcare system “that will allow us to understand who this pandemic impacts… We will not address population health inequities and effectively contain COVID-19 without data that illuminates gaps to care in our system.”
Incredibly, authorities in all the major jurisdictions in Canada have been ducking the issue as best they can.
Canada’s chief public health officer, Dr. Theresa Tam has repeatedly walked around the subject when asked by journalist, so to are her provincial counterparts.
In Ontario, Dr. Williams was quoted as saying that the groups identified to be most at risk are the elderly, people with underlying conditions and those with compromised immune systems and that they’re priorities “regardless of race, ethnic or other backgrounds.”
As the debate rages on, it’s obvious the those in authority have chose the comfortable path of “not knowing,’ which can lead to a place called denial.
For marginalized groups who might well be at higher risk of contracting and dying from COVID-19 for a whole lot of reasons as we have seen in the US, they are potentially the ultimate sufferers in this outbreak and almost nothing they can do about it.
For the marginalized, living in crowded home dwellings makes “staying home” just as dangerous as being out and at the same time, going out is an essential activity given the fact that they’re the ones providing the bulk of the services that now deemed essential to keeping society functioning.
Added to all that are the underlying and lingering health challenges that make them prime target for a virus as insidious and ubiquitous as COVID-19.
In the U.S, now that they know the impact on racial and ethnic communities, authorities can now move with purpose in allocating resources to those communities.
In Canada, not knowing offers authorities a convenient look in another direction but most of all, it frees them temporarily from the devil named: “accountability.”