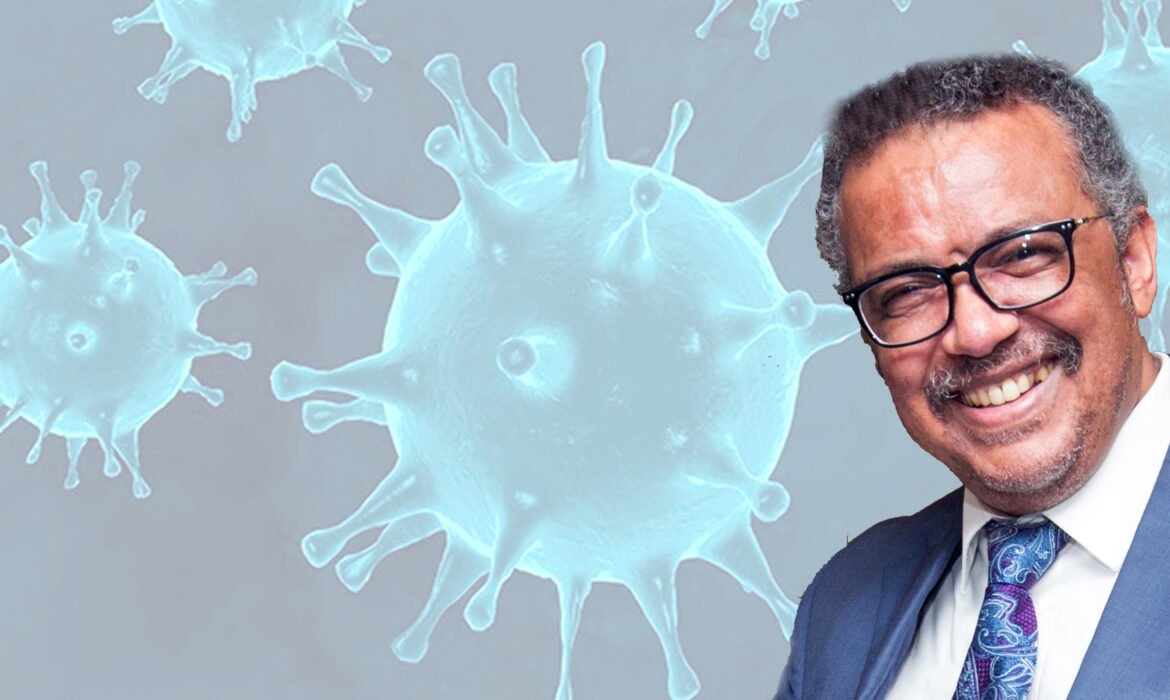 Eighth Director General of WHO

As the first African to hold the position, Dr. Tedros, who was born in Asmara, which at that time was in Ethiopia—but is now the capital of Eritrea, blazed a trail of excellence as a internationally renowned microbiologist and malaria researcher who was responsible for shoring up the healthcare system while beating back the scourge of AIDS, malaria and meningitis in his country.
As head of the WHO, much of the world is looking to him to provide guidance in combatting and containing the novel coronavirus COVID-19 that has already killed more than 200,000 and infected more than two million worldwide.
And he has so far been a reliable and reassuring voice in the midst of the outbreak which he ultimately called a pandemic on March 11, after monitoring the outbreak which first came to global attention in Wuhan Province in China before rampaging across Europe.
He called the pandemic “the defining global health crisis of our time” also called for an increase testing for the virus around the world and has warned of the damage the virus could do in poor countries.
But his steady and calculating leadership in the struggle against the deadly virus didn’t spare him from the ire of those who wanted to resist the findings and directives that came from WHO, most significant being president Donald Trump, who went as far as cutting the US’ donations to the organization.
The US president who has an unholy penchant for calling people name referred to Dr. Tedros as “China-centric” and accused him and WHO of failing to alert the world early enough on the COVID-19 and human to human transmission.
Unfazed by Trump’s decision to withhold the $500 million dollars, about 15% of WHO’s annual budget, Dr. Tedros termed the President’s actions as irresponsible.
He also stood his against the barrage of racial attacks that were hurled at him from haters around the world especially the US and France.
“Since I don’t have an inferiority complex, I don’t care. I’m proud to be Black. I’m proud to be Negro,” he pronounced at a recent press conference.
He admitted that over the past month or two he has also received death threats but was not bothered by them.
“I don’t give a damn,” he said.
But he was visibly shaken by insults hurled at what he referred to as “ the Black community” and Africa the continent. “That I don’t tolerate,” he is quoted as saying.
Going forward much of his legacy hinges on WHO’s capacity to mitigate the impact of the biggest global health emergency of our time.
But his term seems to have had a sense of foreboding, since assuming the position in 2017, he has had to combat two deadly global emergencies, AIDS and Ebola, and was able to quell them both.
A microbiologist by training Dr. Tedros, received his BSc. in Biology from the University of Asmara and went ahead to get a Master of Science in Immunology of Infectious Diseases from the London School of Hygiene & Tropical Medicine at the University of London. He later he earned a PhD in community health from the University of Nottingham for research investigating the effects of dams on the transmission of malaria in the Tigray region of Ethiopia
His extensive and illustrious track-record in health care is reflected in the massive decline in deaths from malaria, AIDS, tuberculosis and neonatal problems when he was Ethiopia’s health minister. He is credited with training 40,000 female health workers, hired outbreak investigators, improved the national laboratory, organized an ambulance system and oversaw a tenfold increase in medical school graduates within the region.
Before becoming the 8th director general of WHO Dr. Tedros served as a regional head of a health bureau, a deputy minister of Health, minister of Health and minister of Foreign Affairs in Ethiopia.
Dr. Tedros, is the first non-medical doctor to head the WHO after beating Dr. David Nabarro of Britain after three voting rounds in what was the first elections, that allowed every member nation to vote. The final tally was 133 votes to 50, with three abstaining.
Immediately after taking office on 1 July 2017, Dr. Tedros outlined five key priorities for the Organization: universal health coverage; health emergencies; women’s, children’s and adolescents’ health; health impacts of climate and environmental change; and a transformed WHO.
He has remained committed to the WHO’s goal of helping every country implement universal health coverage by 2030, calling on every nation, no matter how rich or poor, to put an additional 1% of its gross domestic product toward primary health care.
His short term has been dominated by politics and putting out fire after fire. Shortly after assuming office, Dr. Tedros proposed the late Robert Mugabe who was Zimbabwe’s president at the time as a WHO goodwill ambassador claiming that Mugabe had worked to make Zimbabwe “a country that places universal health coverage and health promotion at the centre of its policies.”
The proposal was met with outrage from governments and humanitarian groups who claimed that Mugabe’s regime was colored with deprivation inflicted by him and his government. Dr. Tedros eventually withdrew his proposal. Recently, he took another public stand on behalf of Africa when he chided two French scientists for their racist remarks about the continent and their suggestions of testing COVID-19 vaccines there.
“I was appalled to hear that suggestions…
Africa cannot and will not become a testing ground for any vaccine….
The hangover of the colonial mentality has to stop… the WHO will not allow it.”
In spite of the constant criticism hurled at him certain quarters one thing is certain: Dr. Tedros is laser-like in his focus to bring this pandemic under control and most important to him, finding a global solution ensuring no country is left behind, when it comes to healthcare.

Only time will tell how he does.